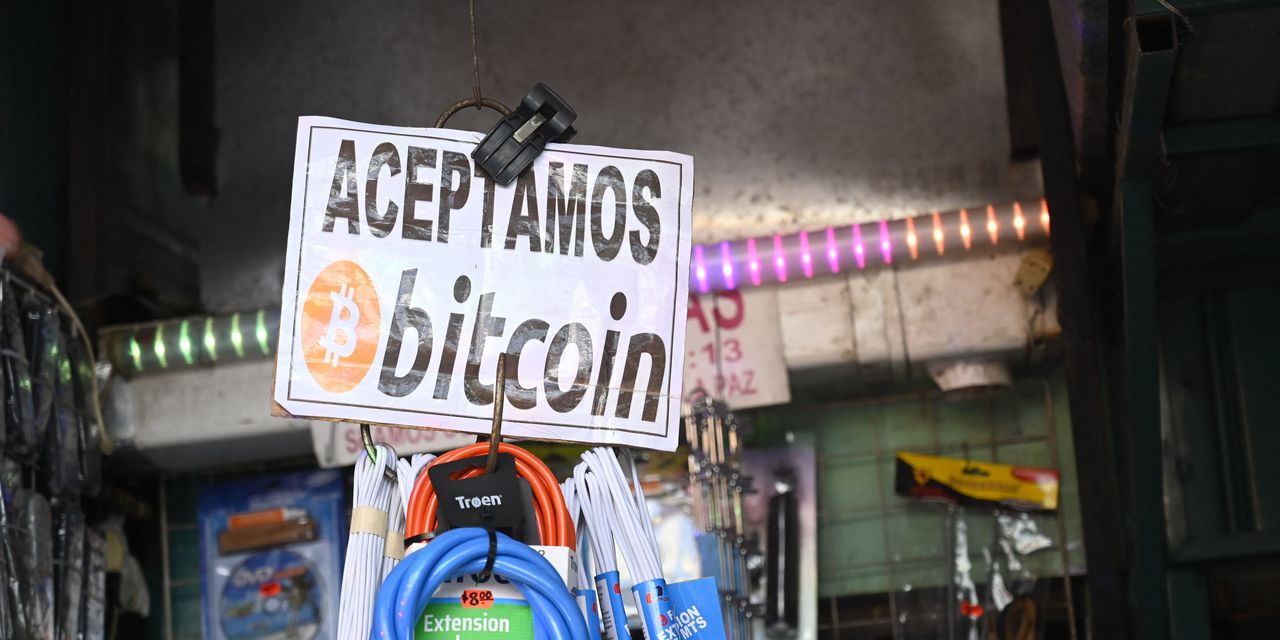 The environmental issues surrounding bitcoin are known, but this statistic from a recent Deutsche Bank report is jarring.

According to Marion Laboure, a Deutsche Bank analyst, mining one bitcoin
BTCUSD,

transactions. Another incredible stat: an individual bitcoin transaction could power the average U.S. household for 61 days.

Adding in the energy consumption of Ethereum
ETHUSD,
,
and the two major cryptocurrencies would rank 15th in the world, nearly equivalent to Mexico.

She notes that regulators are moving to address the environmental impact of cryptocurrency. The European Parliament, for instance, has proposed requiring companies to disclose the energy consumption related to crypto activities. The Crypto Climate Accord is a private-sector attempt to address the issue.

A third idea would be switching to proof-of-stake, rather than proof-of-work, protocol for verifying transactions. “Proof-of-stake consumes less energy than proof-of-work, but it is less secure and it centralizes mining power among users who have already mined the most cryptocurrency,” Laboure said. Ethereum moved to such a system in October. Another idea is to handle more bitcoin transactions off the blockchain, such as through the Lightning Network.

A fourth idea would be so-called pre-mining, where all the tokens would be issued at once. There’s issues with this approach, though. “The cryptocurrency’s creators could stockpile tokens for themselves, thereby artificially driving up the cryptocurrency’s value before selling their hoard. By gaming the system, they would generate distrust and cause extreme price volatility—a problem that already plagues cryptocurrencies due to their illiquidity,” said Laboure.

According to CoinMarketCap, the market value of cryptocurrencies on Friday was $2.25 trillion.

Sign up for the pre-market newsletter Need to Know.