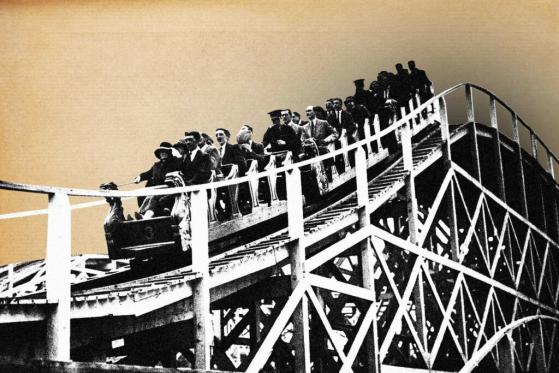 Investors understand that, for a variety of reasons, volatility is part-and-parcel to investing in cryptocurrencies. For , the most popular of all digital currencies, a finite supply and the nascency of the market are key contributors to volatility that can test a small-retail investor’s resolve. The reality is that volatility is not a bad thing—in fact, it is rather instrumental in the making of any market. A month ago, Bitcoin was setting a new record high at $68,978, leading a cryptocurrency market that topped $3 trillion in valuation for the first time. Against that backdrop, companies continue to invest and innovate, looking for ways to mine more Bitcoin and widen margins, whether it be through scale, technology or other means. ISW Holdings Inc. (OTCPK: ISWH) (Profile) is actively engaged in expansion of both its segments, as the company emerges as one of the largest mining and hosting providers in the North America digital currency space. Broadly speaking, there has been no shortfall of positive developments in the cryptocurrency sector, where companies such as Marathon Digital Holdings Inc. (NASDAQ: MARA), CleanSpark Inc. (NASDAQ: CLSK), Riot Blockchain Inc. (NASDAQ: NASDAQ:) and Bitfarms Ltd. (NASDAQ: BITF) continue to lead the charge.

The Problem of Power

Bitcoin miners are those people and companies that earn cryptocurrency by using computing power to solve complex algorithms to create new blocks of data that are added to the global decentralized ledger known as the blockchain. The blockchain is deemed immutable because of its decentralized nature. In the blockchain every block is dependent on every other block for continuity, meaning not one component can be changed without immediately throwing up a red flag to the rest of the blockchain.

Every crypto miner faces the same challenge: power consumption. The banks of computers solving algorithms consume massive amounts of energy to run full bore 24/7/365, which has companies looking at every possible way to contain costs. To lend some color to the expense involved, consider that, in aggregate, the Bitcoin industry uses approximately 91 terawatt-hours of electricity annually. That’s more than the entire country of Finland.

ISW Holdings Inc. (OTC: ISWH), which is in the midst of a name change to BlockQuarry, is a Nevada-based portfolio company with primary commercial-stage operations in cryptocurrency mining. The flagship asset of ISWH is its Pod City complex that, when complete, will pair 200 megawatts (MW) of power with 56,000 crypto mining rigs. In addition to running its own operations, ISWH is a hosting service that provides all the requisite equipment and know-how for clients hoping to enter the crypto mining space.

To move the project forward, ISW Holdings partnered with some of the biggest names in the business, including the world’s leading producer of cryptocurrency mining hardware and Bit5ive, a leading global cryptocurrency mining firm. ISWH partnered with Bit5ive in May 2020 to build and deliver a powerful and efficient data center pod design. The Pod4 and Pod5 datacenters, which ISWH brands as BloqPod, were the result, which explains the inaugural project’s name.

With the Pod City project making substantive progress, ISWH is generating higher revenue than last year. At this point, the company finds itself in a position where power and infrastructure equals revenue and cash flow, which allows ISW Holdings to utilize the opportunity zones that are the center of its success in hosting and mining.

In the grand scheme of things, ISWH probably couldn’t have picked a more challenging time to construct Pod City, with the COVID-19 pandemic striking only months after the Bit5ive joint venture, causing global supply chains to grind to a halt. The BloqPods that are the lifeblood of Pod City are turnkey, bespoke 40-foot ISO modular containers that use clean, renewable energy and accommodate 1+ MW of crypto mining power each with components sourced from around the world and manufactured in America. A BloqPod has 280 Antiminer S19J machines with a capacity of 28,000 TH/s and daily potential to mine 0.1576 BTC. At $50,000 BTC, that’s $7,880 per pod per day. At 200 pods, that’s $1.58 million daily, or $575.24 million annually.

Despite all the headwinds, Pod City has moved forward at a remarkable pace, which speaks volumes about ISWH’s partners and access to infrastructure development and mining equipment. The company said earlier this month that phase 1 of the project is nearly complete: this phase constitutes the infrastructure build-out to deploy 20 MW of power to the self-contained cryptocurrency mining pods. The company is on schedule to have all 56,000 miners hooked up to all 200 MW of power and running during Q4 2022.

In the (Opportunity) Zone

Speaking about phase 1, Larry Sossamon, president of Sossamon Construction Co. which is working with Bit5ive to build Pod City, commented that the project will “create many new jobs and new opportunities in the area.” The company looks to capitalize on federal incentives to invest in distressed areas in the United States, dubbed “opportunity zones.” The purpose is to spur economic growth and job creation in low-income communities while providing tax benefits to investors, a win-win for all involved.

To the point of governments, ISWH’s relationships with municipalities is part-and-parcel to the success of its projects. Consider that the efficiency and design of the pods overcome the three barriers to entry in the BTC mining business: equipment, storage and energy. Through partnerships with municipalities, ISWH and Bit5ive have access to low energy rates that facilitate viable operations.

Developments are translating to revenue and cash flow, resources that will underscore growth in 2022 and beyond with Pod City and other hosting and mining operations. During Q3, ISWH reported revenue from operations of $1.075 million (including deferred revenues), up 2,435% on a year-over-year basis. That didn’t include a full three months of 550 new miners acquired from Minerset, 150 of which came as a result of IWSH meeting stock performance milestones. Total assets during Q3 increased 5,263% year to date to $9.56 million, while total liabilities decreased 73%, and total derivative liabilities decreased 98% to under $340,000.

Revenue and cash flow should continue to increase based upon ISWH getting more miners up and running. The company is currently running 700 miners, representing a mix of Bitmain Antminer S17s, BitMain S19 95TH/s and Canaan Avalons running in POD5 units in Pennsylvania at a site managed by Bit5ive. Based upon hashrate capacity and a three-month trailing average pricing of Bitcoin, these units have annual revenue capacity of up to $6 million.

Looking ahead, revenue at Pod City will be comprised of hosting service fees, which aren’t contingent upon cryptocurrency pricing. Once running at full capacity, the company estimates annual revenue in excess of $7 million per month, a tremendous improvement compared to current capacity with the benefit of being recurring under service contracts.

Mining for Something Better Than Gold

While Bitcoin prices ride up and escalator, activity in the cryptocurrency sector abounds. Appetite is evidenced from multiple view, including a CNBC survey showing that more than one in ten respondents are now investing in cryptocurrency. From the corporate perspective, companies are steadily pushing out news lending credence to market growth.