Bitcoin price is hovering around a crucial support level for the ninth day in a row. This sideways movement indicates a lack of strength and is likely to result in a volatile move. Ethereum is following the big crypto and is also knocking on a vital support floor, indicating it is ready to penetrate lower. Ripple is hinting at the likelihood of a bearish move emerging soon.

Bitcoin price has been hovering around the $48,376 support level for roughly nine days and the recent run-up failed to produce a higher high above $51,991. The inability of the buyers to push through suggests a lack of interest.

If increased selling pressure shatters the $48,376 demand barrier, it could trigger a sell-off that pushes the big crypto down to the $40,000 psychological barrier. In this scenario, there is a chance market makers might push BTC under $40,000 to collect liquidity. 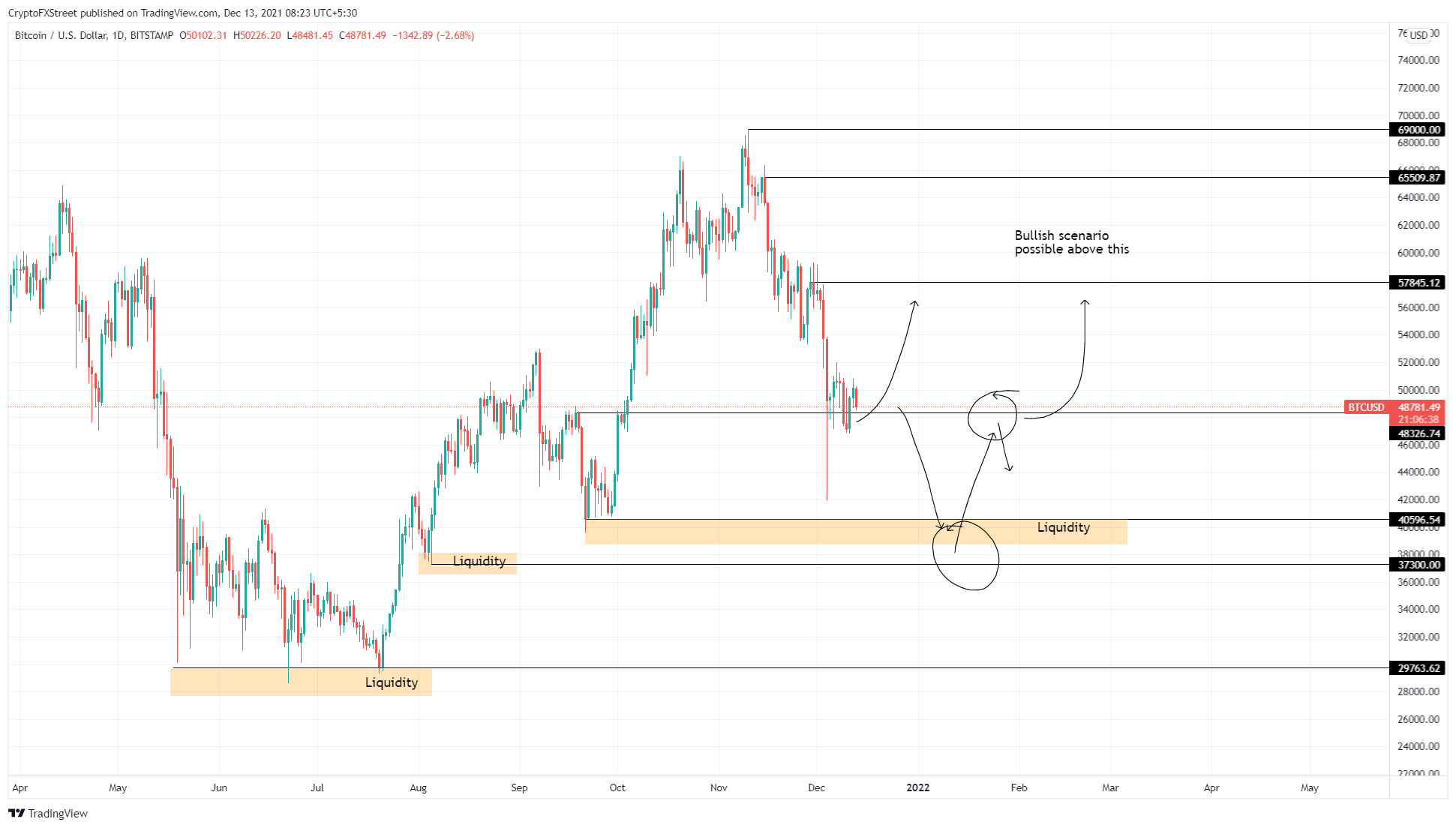 While things look grim for Bitcoin price, a daily close above $51,991 will set up a higher high and invalidate the bearish thesis. In this situation, investors can expect BTC to rally 11% to retest $57,845.

Ethereum price on a slippery slope

Ethereum price retested the $3,912 support floor four times over the past two months and is heading down to touch it another time. A potential increase in selling pressure that breaks this barrier will likely lead to a 12% downswing that retests the $3,415 foothold.

Buyers have a chance to come back and scoop up ETH at a discount at $3,400, but failing to do so might result in bears taking over. Such a development could see the smart contract token retest the $3,000 psychological level.

In a dire situation, market makers could drive ETH below $2,765 to collect liquidity. 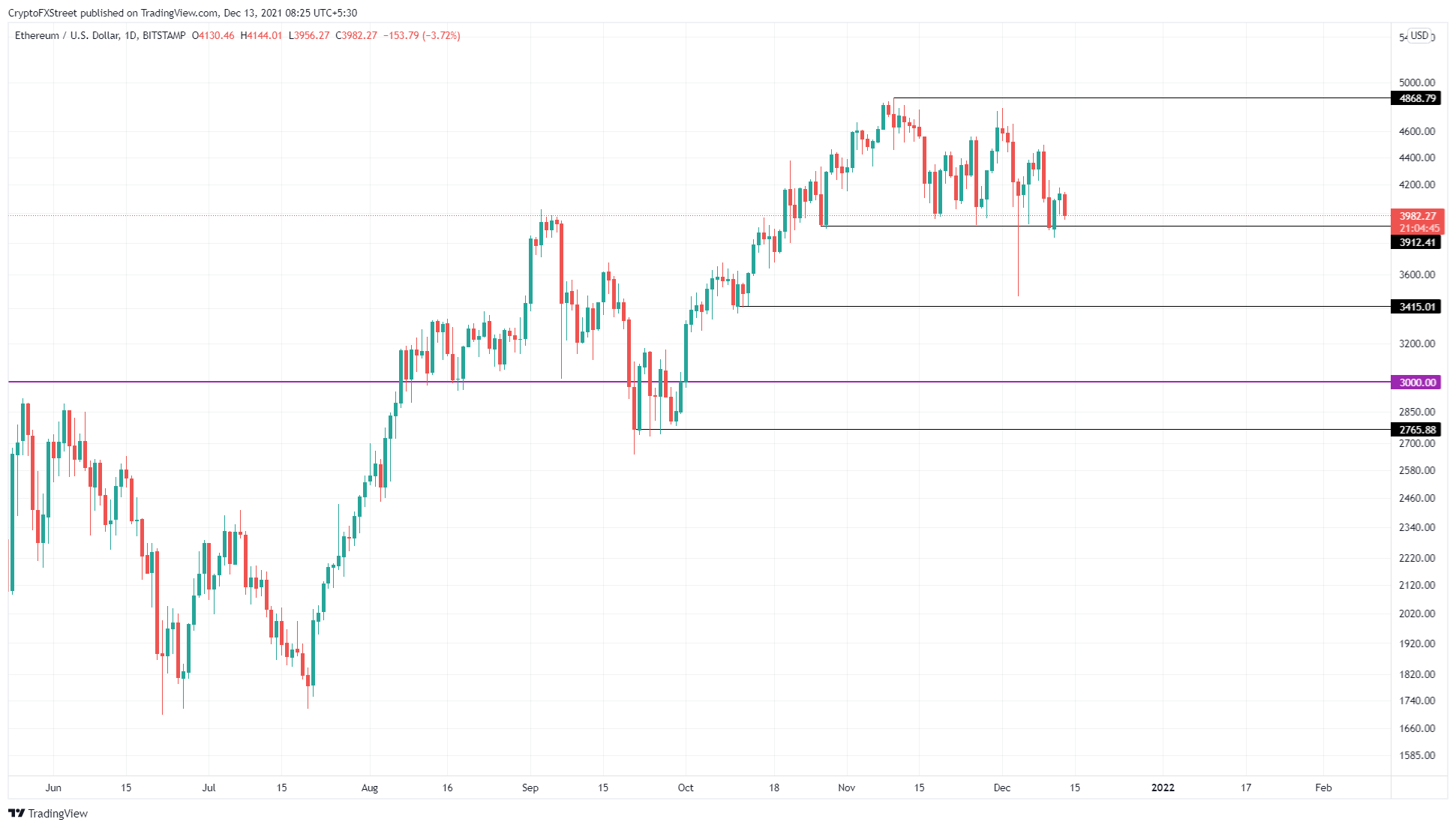 Regardless of the bearish situation, Ethereum price has an opportunity to remain bullish by setting a swing high above $4,491. If ETH produces a daily close above the $5,000 psychological level, however, it might be enough to catalyze a FOMO that will trigger further buying pressure and invalidate the bearish thesis.

Ripple price has been traversing in an ascending parallel channel over the past week. This technical formation is obtained by connecting a series of higher highs and higher lows. XRP price breached through the lower trendline, however, indicating a bearish breakout.

Since then, Ripple price has retested the lower trend line and eyes a 10% descent to $0.75. If this descent occurs, XRP price could dip below $0.75 to collect liquidity resting below it.

In a highly bearish situation, the remittance token might revisit the December 4 swing low at $0.60. 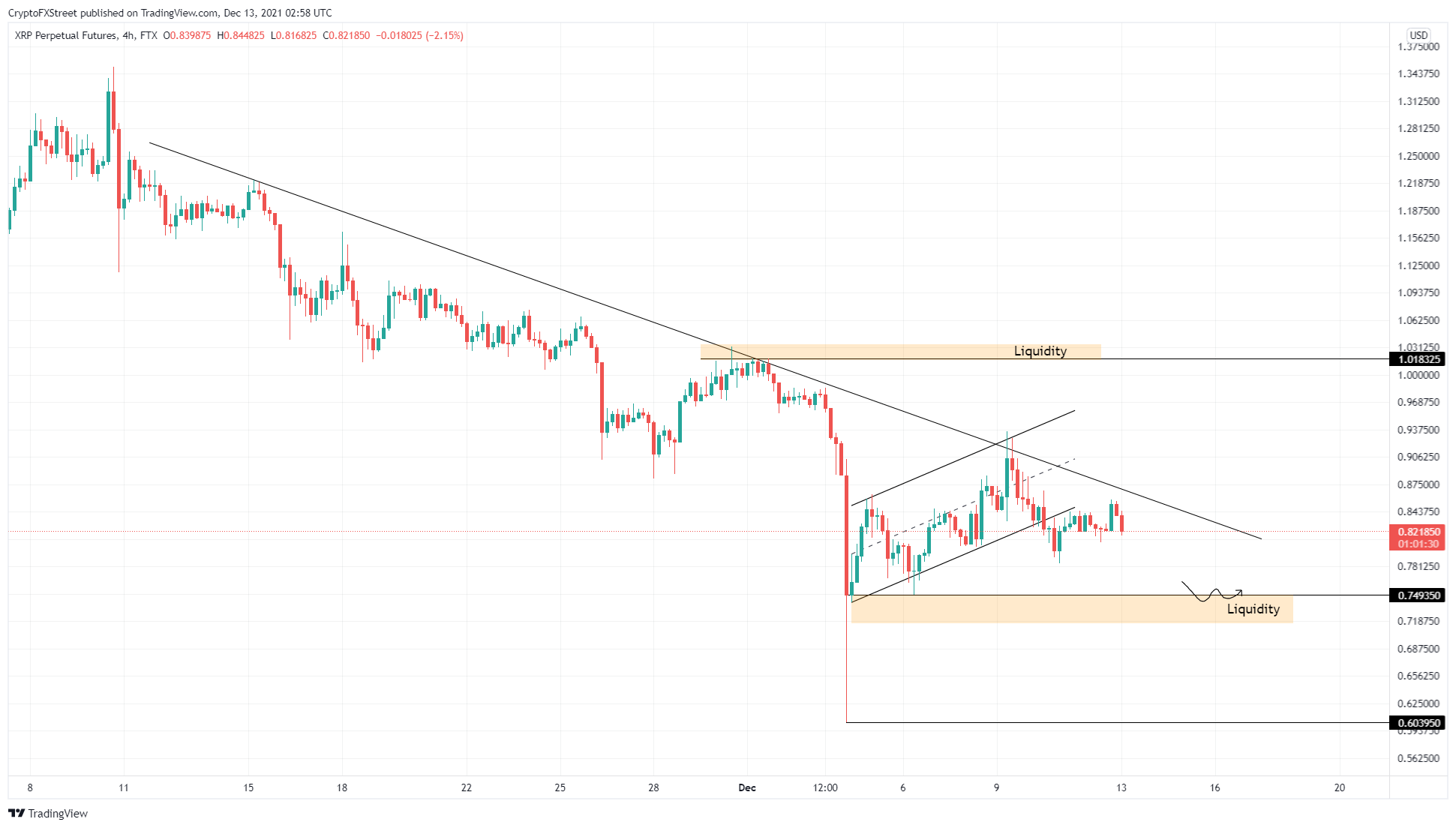 On the contrary, if Ripple price manages to produce a higher high above the bearish trend line at $0.90, it will indicate a breakout. In such a case, the XRP price needs to slice through the December 9 swing high at $0.93. Doing so will invalidate the bearish thesis and provide bulls with a resistance-free path to $1.01 and the buy-stop liquidity resting above it.