Ripple recently announced a collaboration with Malaysia-based, cross-border payments company Tranglo. This strategic move could propel the XRP price higher as it directly ties into the partnership.

Ripple announced on Tuesday that it is acquiring a 40% stake in Tranglo, a Malaysia-based, cross-border payments hub. The main intention behind this partnership is to meet Ripple’s growing demand in this region.

As a pioneer for cross-border payment services, Tranglo will play a critical role in supporting existing corridors, such as the Philippines, and introducing new ODL corridors within its current network. As Ripple broadens its ODL footprint in the region, RippleNet customers using ODL will also be able to leverage Ripple’s Line of Credit to free up working capital and scale cross-border payments into more markets than ever before.

Although Ripple is fighting a securities fraud lawsuit against the US Securities & Exchange Commission (SEC), it is making progress in other countries. The investment in Tranglo will help connect the fragmented payments landscape in Southeast Asia and increase XRP adoption.

Additionally, in the recent blog, Ripple stated that RippleNet transactions did a 10x in 2020, with Southeast Asia playing a significant role. Hence, the current investment will also bolster its footprint in that region.

Regardless of the outcome of the ongoing lawsuit, Ripple and XRP have a lot to gain outside of the US.

The XRP price is traversing an inverse head-and-shoulders pattern for more than three months. This technical formation consists of two distinctive valleys of almost the same height that forms the shoulders. The valley in the middle is much deeper than the others and creates the head.

The peaks between these steep price actions tap across a horizontal resistance level known as the neckline. In XRP’s case, a move above $0.63 will signify a breakout of the setup. This pattern predicts a 72% upswing, determined by measuring the distance between the lowest point of the head and the neckline and adding it to the breakout point.

Adding credence to this upswing is the buy signal posted by the SuperTrend indicator recently. A decisive close above $0.63 will play a pivotal role in determining the future of the XRP price. Hence, investors need to pay close attention to it. 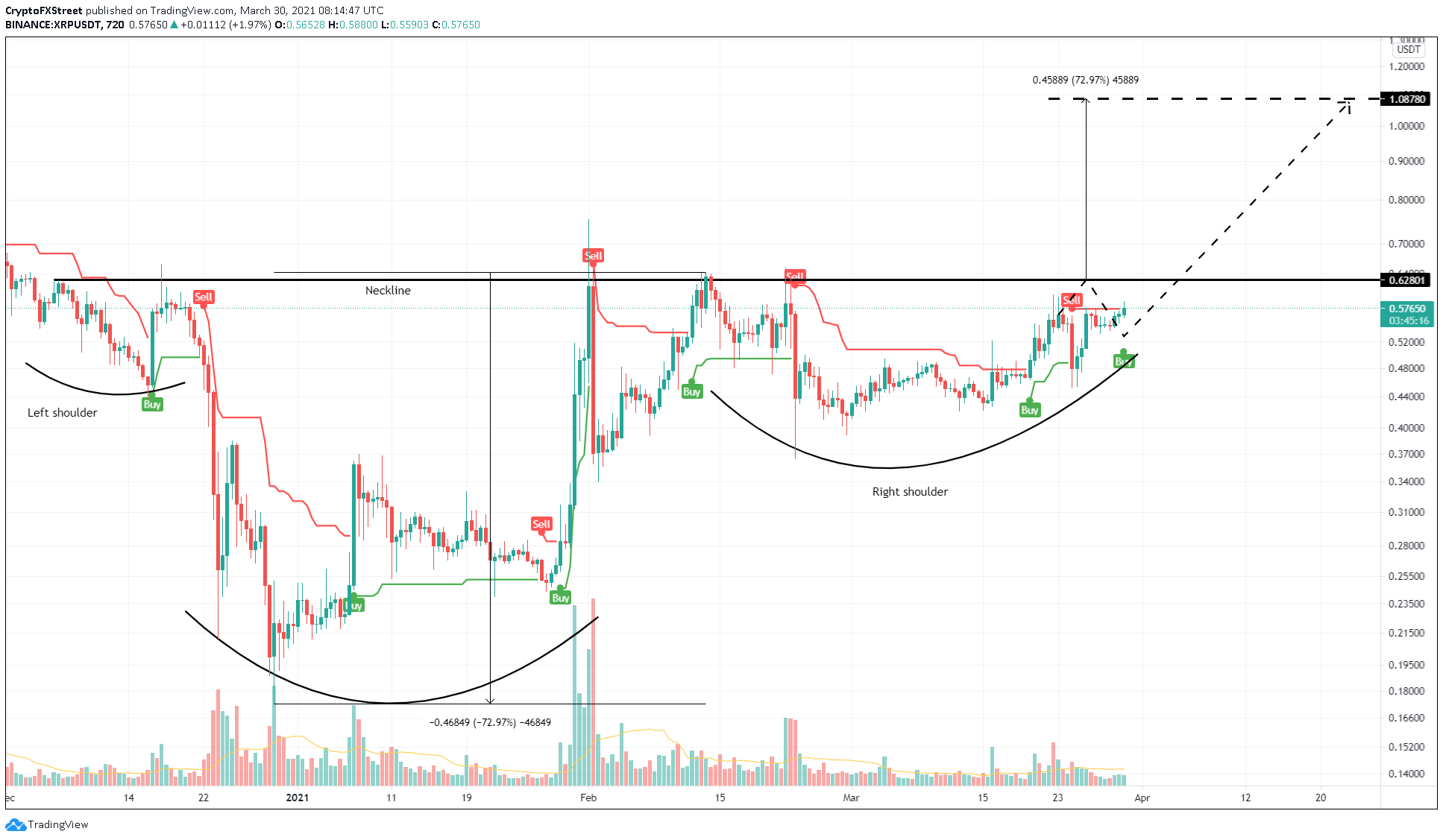 If the remittance token gets rejected around the $0.63 level, it could spell trouble for the XRP price. Regardless, a breach of the demand barrier at $0.42 will invalidate the bullish outlook and kick-start a bearish one.