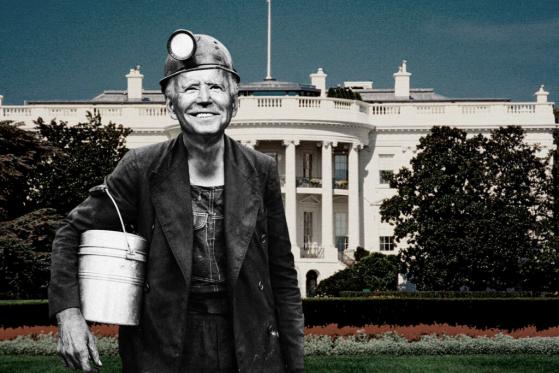 During a conversation about the countries that currently mine bitcoins, the name of the United States came up by accident. The interviewer spoke about the mining activities carried out by El Salvador and also by the Venezuelan government.

When Pompliano asked Gibbs what the US was needing to start mining the so-called digital gold, the interviewee clearly said, “America is already exploding …” but he immediately corrected himself and slipped the word “maybe”.

“They can have 10 to 20 watts running somewhere in the Midwest to test it. Maybe. It’s hypothetically speaking,”
said the bitcoin mining expert slyly while clarifying that the issue was national security.

According to Gibbs, bitcoin mining could help developing countries improve their living standards. For the adviser to the US government, the bitcoin plan that El Salvador is carrying out will have positive consequences in the next 20 to 30 years.

But Pompliano took up the issue of bitcoin mining by the federal government and mentioned that a federal agency was involved in mining BTC.

According to Pompliano, this activity has been taking place in the United States since 2013, according to what a former intelligence agent revealed to him, who did not reveal his identity.

Afterwards, the interviewer invited Gibbs to continue sharing other incredible stories with his viewers. Then the expert said smiling: “This is how you get in trouble.”

Warren started a campaign that seeks to eliminate cryptocurrency mining in the country. In a letter sent to Jeff Kirt, CEO of Greenidge Generation Holdings, the senator warned of concerns about the company’s operations.

For his part, Greenidge calls himself the first carbon neutral BTC miner in the United States. The businessman owns a TBC mine in New York state and plans to build another in South Carolina.

“Given the extraordinarily high energy use and carbon emissions associated with mining , mining operations at Greenidge and other plants raise concerns about their impacts on the global environment, local ecosystems, and the electricity costs of the country. consumer,”
Warren wrote in his letter sent Thursday.

Greenidge has responded to the senator that her company “meets all of the nation’s leading environmental standards of New York, provides economic opportunity to an underserved area of ​​the state, and is a model for cryptocurrency mining with broad local support.”

Disclaimer: Fusion Media would like to remind you that the data contained in this website is not necessarily real-time nor accurate. All CFDs (stocks, indexes, futures) and Forex prices are not provided by exchanges but rather by market makers, and so prices may not be accurate and may differ from the actual market price, meaning prices are indicative and not appropriate for trading purposes. Therefore Fusion Media doesn`t bear any responsibility for any trading losses you might incur as a result of using this data.

Fusion Media or anyone involved with Fusion Media will not accept any liability for loss or damage as a result of reliance on the information including data, quotes, charts and buy/sell signals contained within this website. Please be fully informed regarding the risks and costs associated with trading the financial markets, it is one of the riskiest investment forms possible.