Cryptocurrency is the pool where investors are of the belief that by taking a dive in it, they can make big bucks effortlessly, tempting more and more people to try their hands with crypto investments. But its fluctuating nature has shown us how deadly it can truly be. 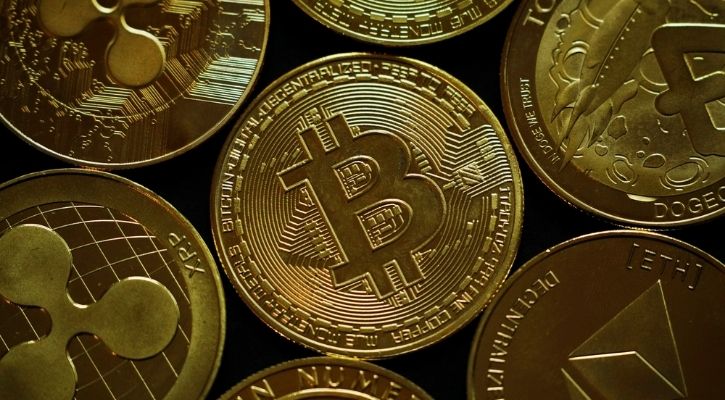 However, apart from market fluctuations, several scammers are out in the open trying to snatch your hard-earned investments. Today, while browsing through Twitter, I stumbled upon a case of a scam that lured an individual into losing $200,000 worth of Ethereum.

This is what happens when you respond to those accounts that pm you on twitter pic.twitter.com/yebRrOGmpn

The tweet shared by one user @CoinTakingLs were actually screenshots from subreddit r/CryptoCurrency by user rongy_dringus. He describes how someone contacted him on Twitter randomly and after talking to her for around a week she asked him to join an Ethereum mining pool where she was able to make 4 Ethereums a day as profits.

She explained that it essentially asks the user to take tether in your coin base wallet and join an Ethererum mining pool. The same tether is used to create Ethereum and users get dividends in the form of more Ethereum in return.

The user, out of curiosity tried this with a small amount and he actually noticed that he was making around 1-3 percent profit every day, depending on the amount of tether. After a few days, he decided to roll in a larger chunk of $200,000 into the tether and he saw his profits rise to 2 percent. In his words, this was around $4,000 worth of Ethereum per day. 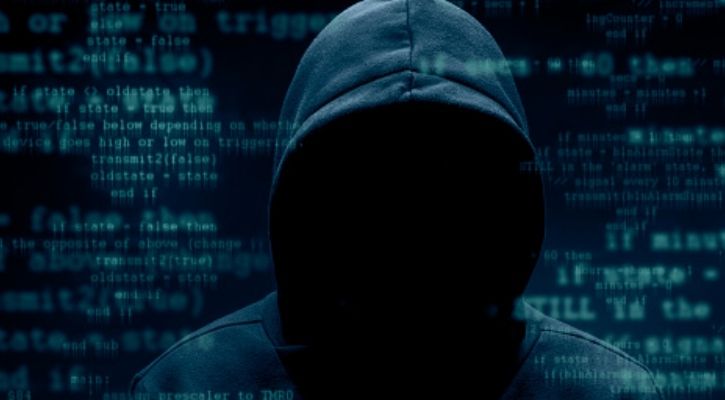 When it all went into ashes

However, the few days when he got up, he saw the tether account had been flushed with 0 balance. The entire amount was withdrawn by a random address. He tried connecting with the mining pool who claimed that it had to be stalked/pledged for 30 days. However, he could still see profits being made.

He later connected with Coinbase wallet to check if this was some sort of a scam and they said that they were unaware of such a scam. Moreover, the girl who recommended him to do this continued to talk with the individual and not disappear.

A little digging later revealed that he was in fact scammed. He revealed the details of the scammer with the transaction hash. He has even left the bounty amount for the individual who manages to retrieve the amount. 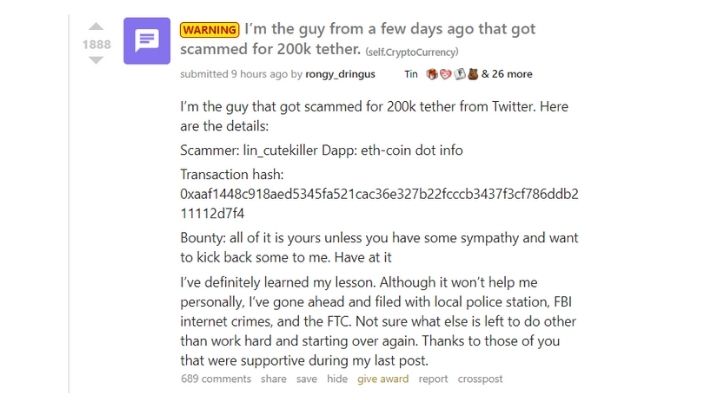 He also revealed that he has filed a complaint with the local police station, FBI internet crimes as well as the FTC.

It goes without saying, stay wary of such scammers that you find on social media that ask you to be part of such mining pools as once your investments are gone, they’re gone forever.

Keep reading Indiatimes.com for the latest science and technology news.