Ripple (XRP) price action drew in favor of the bulls this week, but price action got distorted on Wednesday with a breakout in both directions, scrambling buyers to get back in and defend the rally. With price action in XRP squeezed toward each other, with lower highs and higher lows, the stage looks set for bulls to break out toward $1.42.

XRP has been on the breakout path after the pennant breakout at the beginning of October. With price action in Ripple reaching an echelon higher, bulls lost control over their run on Wednesday. Bears were able to cut short further upside on the rejection against the green ascending trend line. Bulls abandoned their longs, and the price dipped lower back below $1.

With the 200-day Simple Moving Average (SMA) coming in at $0.98, bulls saw the discount opportunity and set the record straight in XRP with price action back above $1 on Thursday. With price consolidating further this Friday, expect a breakout to the upside in favor of the bulls as that 200-day SMA will act as the backbone for the bull run. 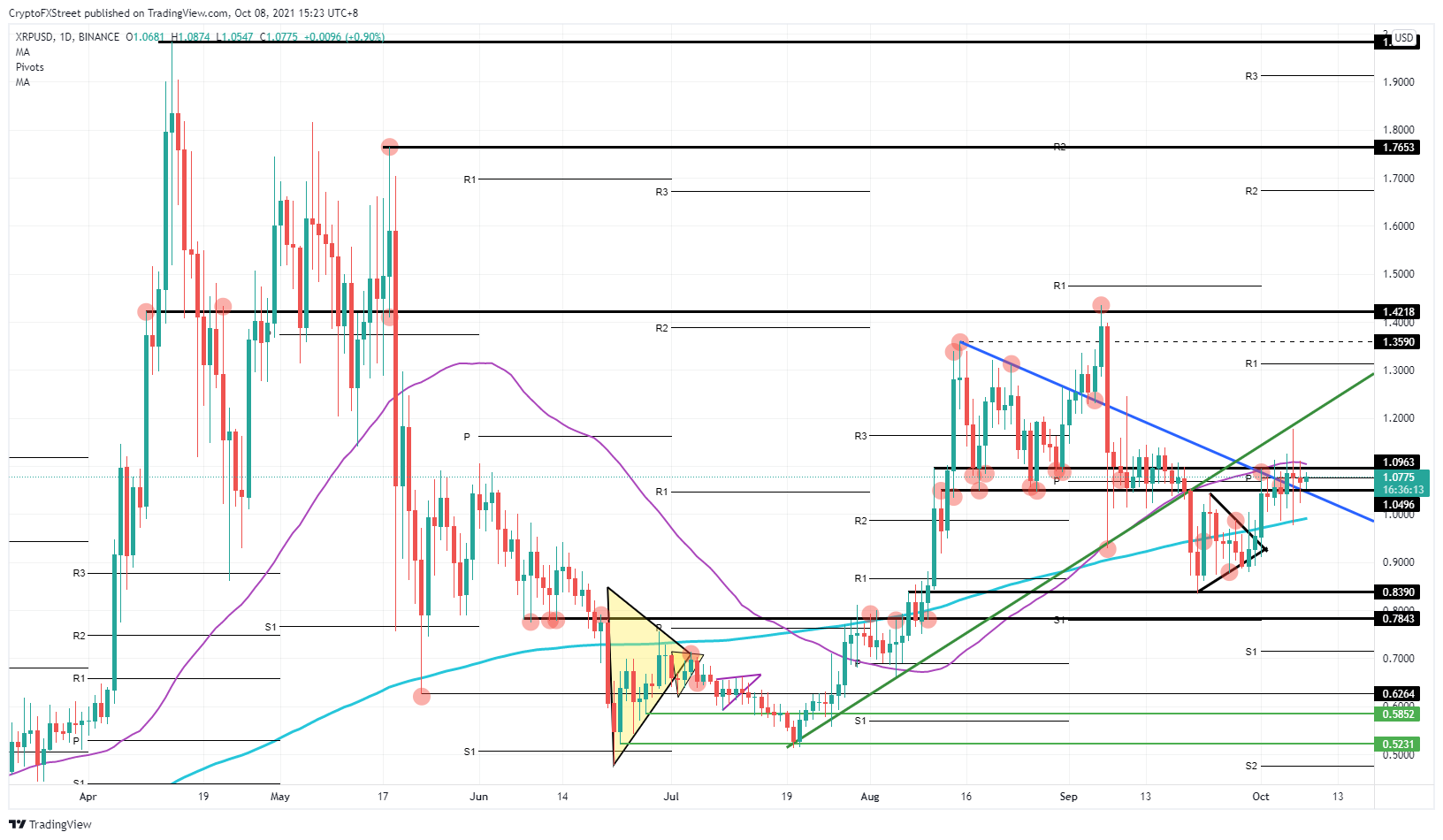 The first issue ahead for the bulls is breaking back above the green ascending trend line. If the price can close above there by the end of the week, bulls then have two bullish elements in their corner backing them up. At that moment, a bullish triangle is forming again with $1.42 as base and target for at least a retest, possibly a pop higher toward $1.76.

In case market sentiment should shift to the downside, for example, with the job report later this afternoon, expect some headwinds to pop up for XRP price action. The consolidation could then fall in favor of the bears. Expect a return to a lower support level, near $0.84, that would break the 200-day SMA and switch off the lights for now on this bull run.