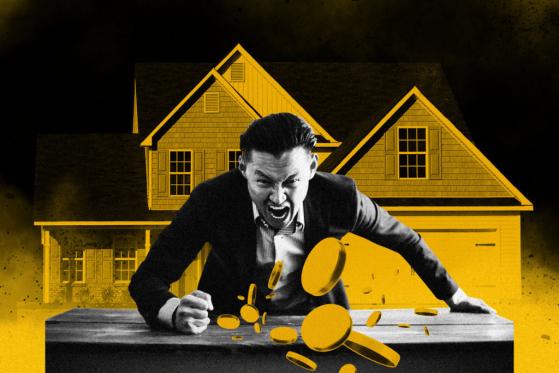 BTC Nears $60k After the SEC Tweets About Funds Holding

Bitcoin (BTC) is experiencing a significant price boost after the U.S. Securities and Exchange Commission (SEC) tweeted about investing in funds that hold bitcoin futures contracts.

An official Twitter (NYSE:) handle of the SEC tweeted;

Before investing in a fund that holds Bitcoin futures contracts, make sure you carefully weigh the potential risks and benefits. Check out our Investor Bulletin to learn more: https://t.co/AZbrkpfn8F

Following the tweet, an unnamed insider source stated that “the regulator isn’t likely to block the products from starting to trade next week.

After the news, Bitcoin jumped by more than 5% to reach an inter-day high of $59,924 – the highest point Bitcoin has traded at in six months. BTC is currently valued at $59,086 and maintains a 3% gain over the last 24 hours as of the time of writing.

Coinbase Submits Blueprint for Digital Asset Regulation in the U.S.

One important aspect of the policy is the call for a single regulator of the crypto market and companies within the industry. The policy defines digital assets as assets “issued and transferred using distributed ledger or blockchain technology.” Unlike the SEC, which views them as securities, or the CFTC, which classifies crypto as commodities.

Coinbase has based its proposal on the transparency of cryptos, protecting the industry against fraud and market manipulation, and promoting efficiency to strengthen market resiliency.

The range of calls and proposals submitted by leaders in the industry could finally lead to the establishment of clear, favourable crypto regulation in the U.S.

Ripple Joins the Digital Pound Foundation to Work on the U.K.’s CBDC

Despite its drawn-out feud with the Securities and Exchange Commission, a recent report shows that investors in the United Kingdom now prefer Ripple’s XRP to other digital assets.

This report is confirmed by Ripple as the global payment solution announced that it has joined the Digital Pound Foundation – a “forum supporting the implementation of a well-designed digital Pound.”

By joining the foundation, Ripples is looking to advance payment tech to help the U.K. implement a digital pound that will drive the nation’s successful transition into a more comprehensive, robust digital economy.

Looking at the bigger picture, Ripple seeks to use its technology to assist the 80% of global central banks currently exploring CBDCs. Bhutan is one nation in which Ripple’s technology is being used.

Ripple’s presence in the crypto industry continues to grow and, looking forward to a sustainable future, Ripple has announced a $44 Million Clean Energy Fund.

While Bitcoin has enjoyed unrivalled adoption and institutional investment in 2021, the second-largest U.S. mortgage lender has ditched its plan to accept payments in bitcoin.

In August, United Wholesale Mortgage launched a pilot program to test crypto payments. However, the mortgage lender has now announced that continuing its crypto pilot program isn’t worth it “due to the current combination of incremental costs and regulatory uncertainty in the crypto space.”

With Russia moving away from dollar-denominated oil in the event that the U.S. continues to impose targeted sanctions, alternative assets have arisen that could replace the dollar for Russia.

When asked whether bitcoin was likely to be used as a means of settlement, President Vladimir Putin said that he doesn’t “believe it can be used in the oil trade.”

The crypto industry is still in its early stages of development and, as analysts have hinted, global adoption may be delayed until there is a unified regulatory framework.

Surging to a sales volume of $10.7 billion in the third quarter of 2021, NFTs have made a definitive statement that they’re here to stay. Fox Entertainment has become the latest major media company to get into the non-fungible token (NFT) trend.

Teaming up with Blockchain Creative Labs, a business Fox launched in May, the broadcasting and entertainment company has unveiled an NFT marketplace named, “the MaskVerse.”

The NFT marketplace is dedicated to the popular singing competition show “The Masked Singer.” Fans of the show can use the MaskVerse to “build their own collection of limited-edition digital masks for every character from all six seasons of the series.”

According to the announcement, the NFT marketplace and game will be powered by the Eluvio blockchain. In August, Fox Entertainment announced a strategic partnership with Eluvio, a decentralized platform for content distribution, monetization, and asset servicing.

Now, with more than simply hype and mania driving their adoption, NFTs are beginning to make a real impact on the art industry.