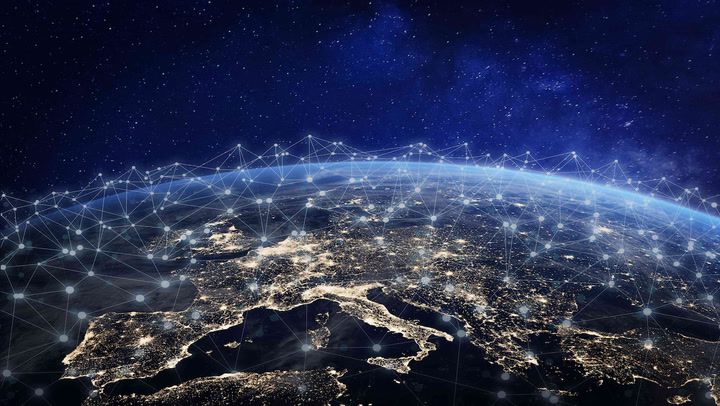 When bitcoin was introduced by the Satoshi paper in 2008, it presented a novel and liberating concept – a peer-to-peer, decentralized payment system that can be used by anyone, anywhere and for everything. It did not require intermediaries or exchange rate to function and created a single globally used currency for any type of transaction.

But then, greed got in the way.

The use case that it was supposed to deliver has somewhat faded. Instead of focusing on its initial intent – a payment method, the focus shifted to bitcoin as an investment vehicle, a store value, a digital gold.

Merav Ozair, PhD is a leading Blockchain Expert and a FinTech professor at Rutgers Business School.

Some of bitcoin’s first adapters were evangelists, motivated by the financial crisis of 2008, who genuinely wanted to make a difference in the world and create a new type of a global financial system. The majority, however, have been speculators, who smelled an opportunity to make money. Bitcoin started trading on crypto exchanges, like a financial instrument, subject to high price volatility, due to speculators trading activity. But it has moved further away from its economic use case – a payment method – and become more of a speculative financial vehicle.

For bitcoin to become globally adapted as a mode of payment, it has to be scalable enough to support such activity. But blockchain technology that enables bitcoin is still struggling, and developers are in a constant quest to find solutions for a decentralized blockchain that is both secure and scalable. As long as a scalable solution is not found and bitcoin is not able to deliver its initial use case, the speculators have the upper hand. When speculators dictate value, volatility increases, making it even more difficult for bitcoin to be adapted as a payment method.

Bitcoin’s high volatility has crippled its ability to =serveas a mode of payment and has led to the proliferation of stablecoins. The argument is that business transactions cannot depend on a volatile payment. Businesses need certainty and stability. Bitcoin at its current state cannot deliver that stability and thus make room for the need for stablecoins.

And again, greed got in the way.

Many stablecoins have been launched but only a handful are in actual use. Stablecoins are mainly used either on crypto exchanges as a substitute for fiat currency or on decentralized finance (DeFi) applications to attain attractive return or yield on investments, which are significantly higher than returns offered by traditional saving methods. Yet like bitcoin, they are not used for daily retail transactions, as a mode of payment.

Meta’s (formerly Facebook) 2019 announcement on its intention to launch a stablecoin not only stirred up a conversation among regulators on the status of stablecoins, but also fueled a sense of urgency among nations to protect their sovereignty and to gear up their efforts in developing a central bank digital currency (CBDC). Although, all nations are investigating and debating the use of cryptocurrencies, stablecoins and CBDCs, their approach is very different.

China is launching its own CBDC and making use of all other cryptocurrencies (including stablecoins) illegal, while Japan acknowledges bitcoin and other cryptocurrencies as legal property and their use as a mode of payment. Other nations are unclear, but they are also calling for cryptocurrency and stablecoin regulations, like the European Commission’s proposed regulation on Markets in Crypto Assets (MiCA) or the U.S. President’s Working Group on Financial Markets (PWG) report outlining the regulatory landscape for stablecoins.

Federal Reserve Governor Christopher Waller in a November speech acknowledged that “the U.S. payment system is experiencing a technology-driven revolution.” Skeptical of the need for a CBDC he argued that “payments innovation, and the competition it brings, is good for consumers.” His comments were supportive of the continued efforts of technology companies to develop stablecoins’ payment solutions alongside financial institutions.

Recall that bitcoin’s premise was to create a “perfect world,” where no entity confers monopoly power over the payment system. It was designed as a payment system that “runs by the people for the people.” But when bitcoin became a financial instrument, trading on crypto exchanges, people have forgot where it all began.

There seems to be a consensus among regulators and policy makers as to the benefits of distributed ledger technology or DLT for financial systems and consumers globally. They do not agree, however, on the use and applicability of DLT. It is very likely that the use of cryptocurrencies, stablecoins and CBDCs will coincide, and their applicability and prominence will differ across jurisdictions and regions.

Asia-Pacific will likely support cryptocurrencies.Mastercard launched crypto payments cards in Asia-Pacific with the aim of making crypto transactions seamless. Europe will likely prefer a CBDC. The U.K. and other countries in the Euro zone are tirelessly working on CBDC solutions. The U.S. would probably choose stablecoins or an equivalent over a digital USD.

DLT and blockchain technology will continue to evolve and become the “rails” of all financial and economic systems and applications. To facilitate the interaction for everyday users with these applications, we’ll probably witness a dichotomy of utility tokens and payment instruments, such as stablecoins or CBDCs.

More specifically, applications, like DeFi and non-fungible tokens (NFTs) will be launched on decentralized blockchains, using their native token (e.g., ETH, ALGO) to conduct transactions on their platforms, while users will interact seamlessly with these applications, like they currently do with their smartphone applications, using stablescoins, CBDCs or credit/debit cards – either crypto or fiat currency. These platforms will play an integral role in the Metaverse universe evolution.