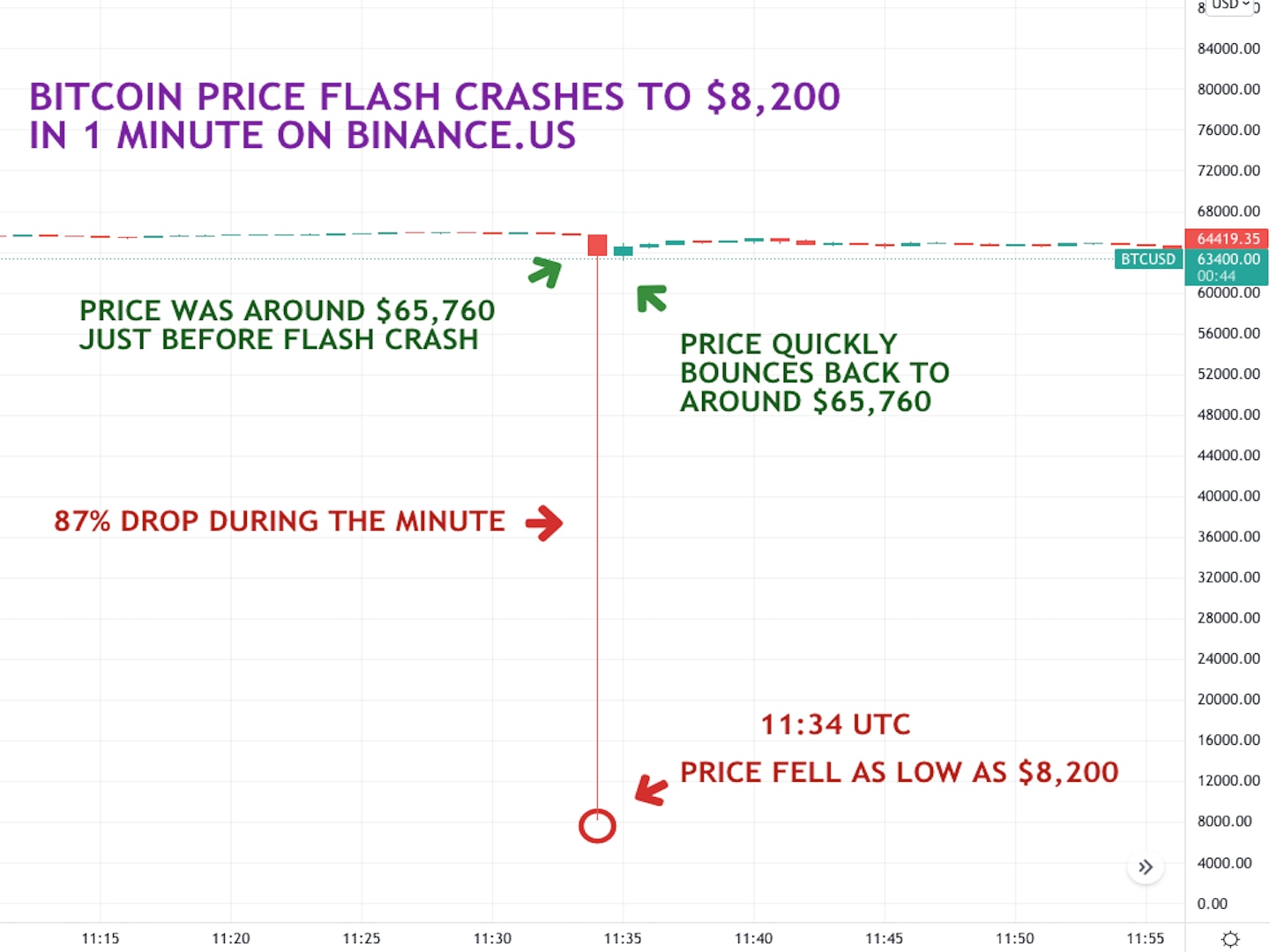 Bitcoin’s price briefly crashed 87% and then recovered within the span of a single minute early Thursday on Binance.US, in a fleeting but very real flash crash that the cryptocurrency exchange attributed to a “bug” in an institutional customer’s trading algorithm.

“One of our institutional traders indicated to us that they had a bug in their trading algorithm, which appears to have caused the sell-off that was reported this morning,” a Binance.US spokesperson told CoinDesk.

“We are continuing to look into the event but understand from the trader that they have now fixed their bug and that the issue appears to have been resolved,” the spokesperson said, declined to comment on further details about the crash.

On other cryptocurrency exchanges, bitcoin’s price dropped around the same time, but by nowhere near as much. On Bitstamp, for example, the price fell about 2.3% at 11:34 UTC but never got below $63,600.