Polkadot price has formed a double-top with the highs formed near $38 precisely one month ago. It is now trending lower with significant selling pressure over the past three trading days – but buyers have stepped in to keep the bodies of the daily candlesticks above the Tenkan-Sen. Polkadot price is at an inflection point that will likely dictate the trend over the next thirty days. 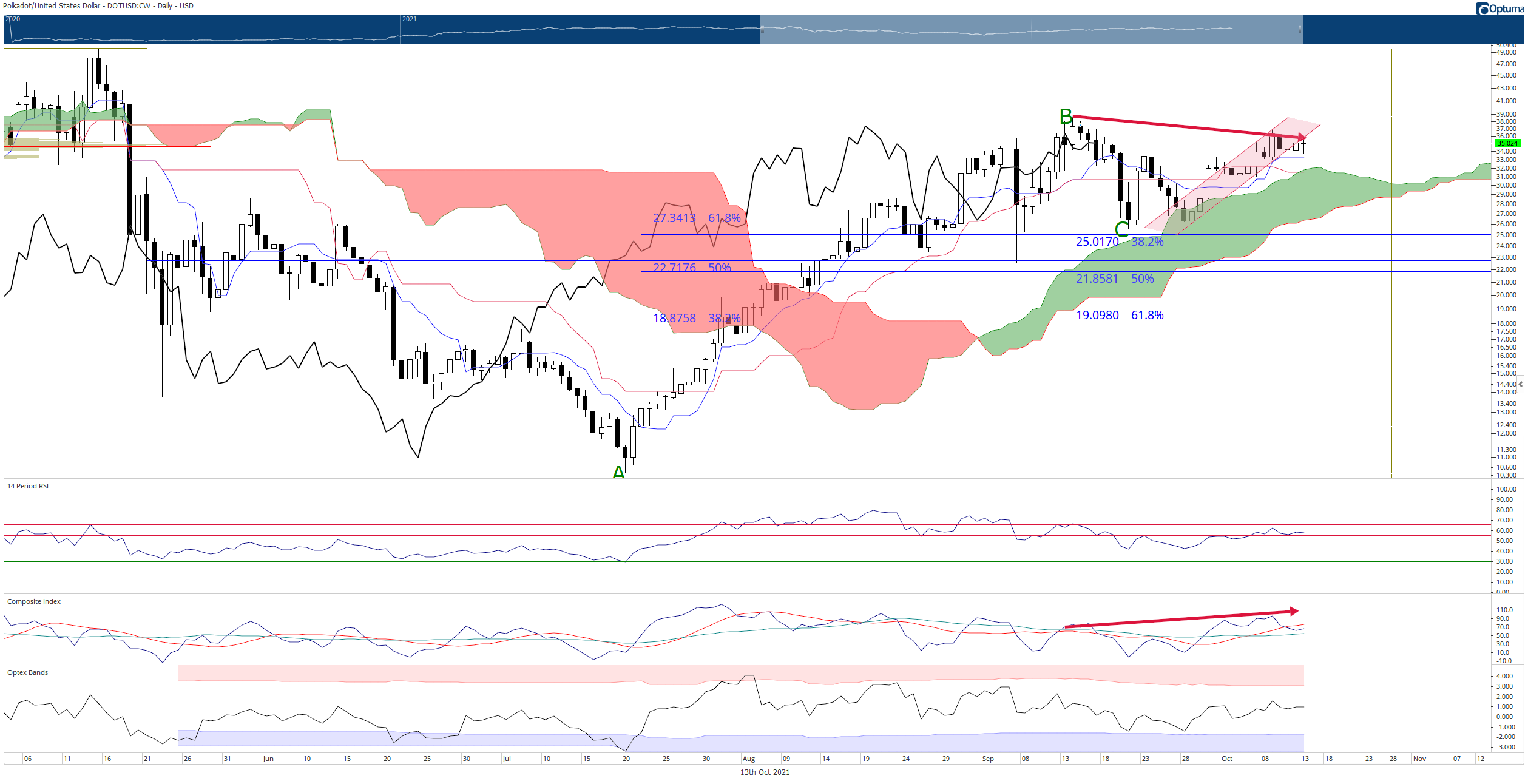 Axie Infinity price is little changed since hitting its new all-time high on October 4th. It has dropped below the Tenkan-Sen, but it remains above the Kijun-Sen and has found support against that level over the past two days. A move below the Kijun-Sen to test the Senkou Span B (strongest support) level is increasingly likely. 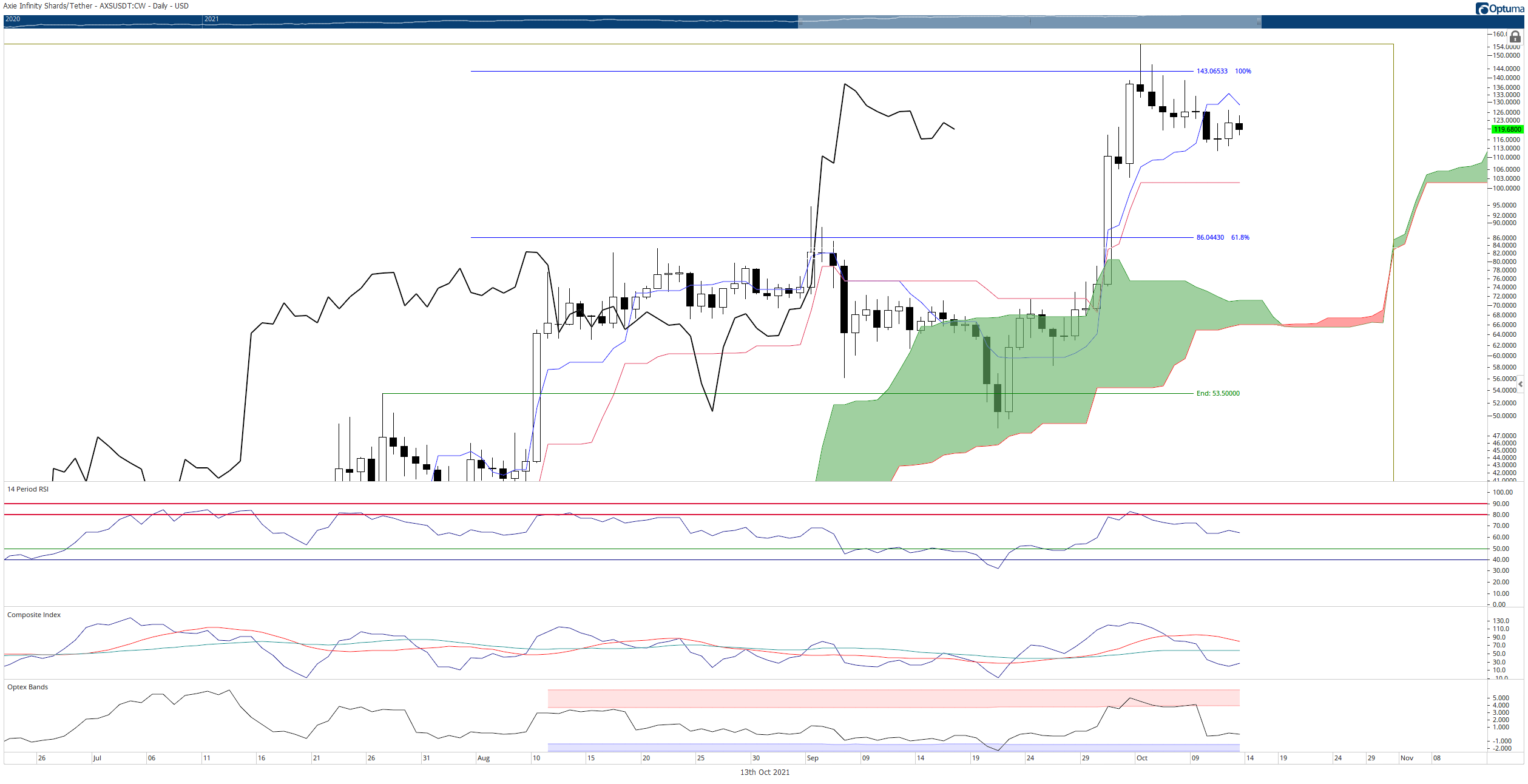 Since the end of September, Stellar (XLM) price action has been on an uptrend, with bulls getting capped just below the 200-day Simple Moving Average (SMA) at $0.37. Price action started to fade quickly on Monday, with the body of the candle not being able to get above the 38.2% Fibonacci level at $0.35. 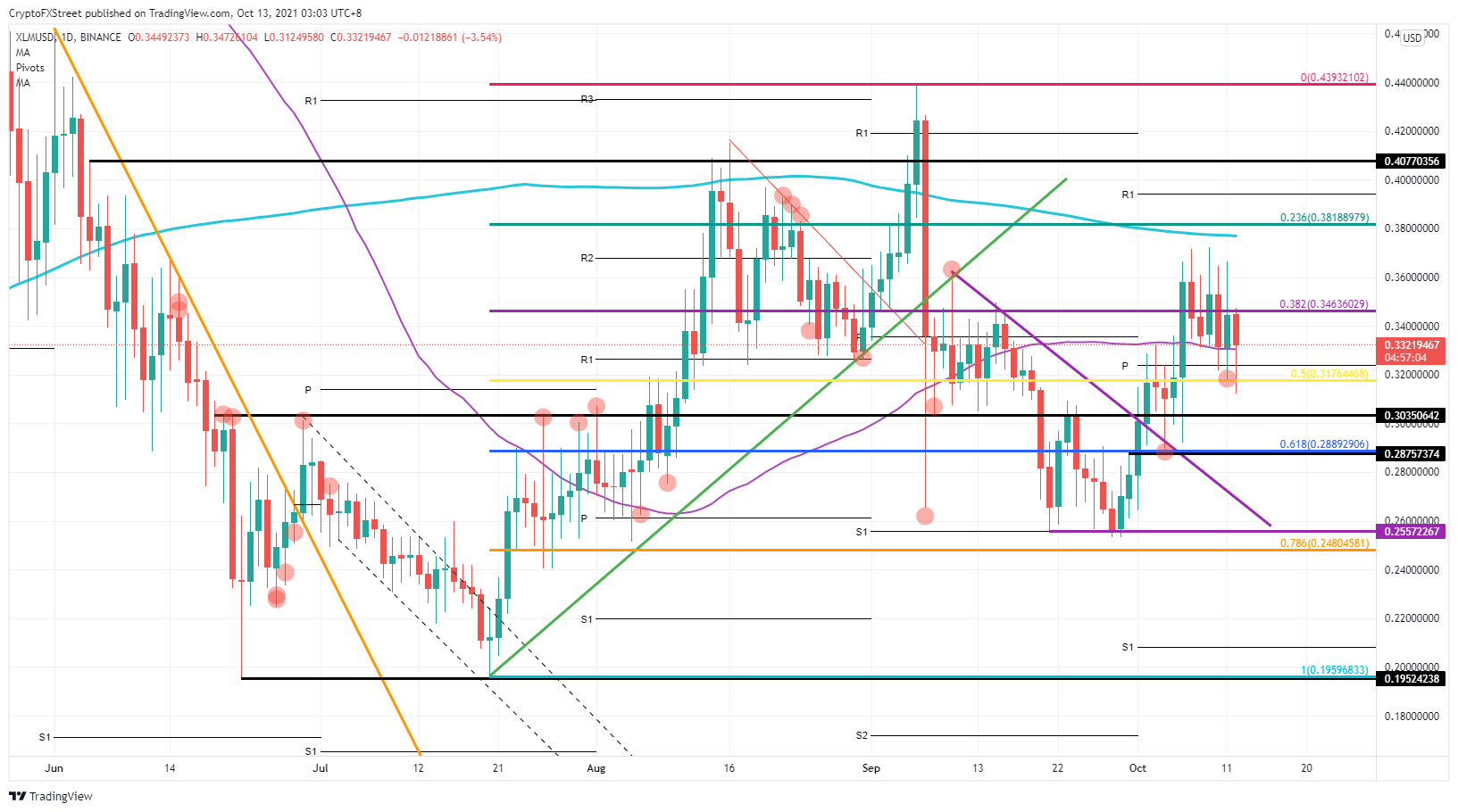