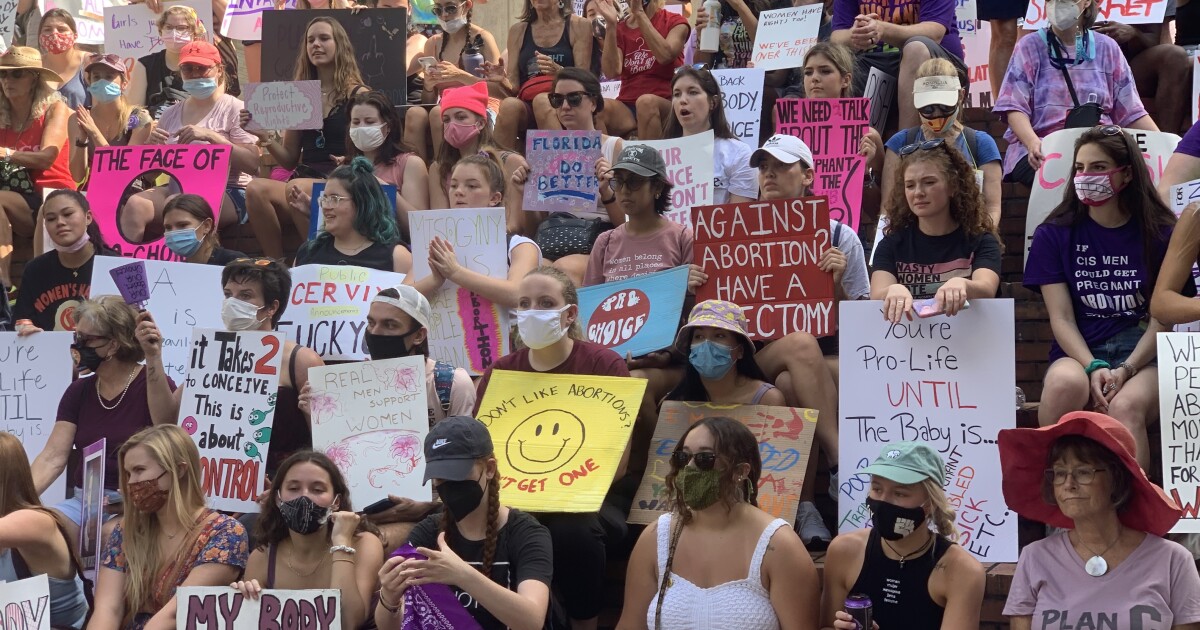 Pro-choice advocates say a Supreme Court ruling last week that left in place a Texas law that bars abortions after the first six weeks of pregnancy may bolster similar efforts in other states, including Florida.

The Republican-controlled Legislature in Florida has failed twice in the past two years to pass a so-called heartbeat bill. Efforts in the state in 2019 and 2020 died before any hearings or votes could be scheduled.

But Heather Shumaker, with the National Women’s Law Center, says that could change with the Supreme Court’s recent ruling.

“There might be state lawmakers who are opposed to abortion but perhaps would have voted against such a bill because they didn’t think it would survive federal court review, and now they know that it will,” she said. “So, I think that will embolden them and their actions.”

In October, a Florida Republican lawmaker proposed a bill similar to the one in Texas. It bans most abortions as early as around six weeks, and allows members of the public to sue anyone who helps end a pregnancy beyond that point.

Shumaker says the Texas law was written to circumvent federal law by removing power from state officials and providing it to private citizens.

“So typically a litigator would sue the state, so in this case the state of Texas to block enforcement of an abortion ban,” she said. “But here, they basically said that anyone can sue, which essentially means that the bounty hunter scheme and the private right of action portion is allowed to remain in effect.”

Like Texas, the Florida bill would allow members of the public to sue anyone who helps end a pregnancy after six weeks.

Physicians could face a $10,000 penalty for each abortion they perform later in a pregnancy.

Florida’s proposal was assigned for consideration in two committees — Health & Human Services and Judiciary — plus a public health subcommittee.

Florida’s current law bans abortions after 24 weeks into pregnancy, right before the beginning of the third trimester, with an exception for a medical emergency.