Hi, its Zaheer. By all accounts, the Government of India will introduce a bill to regulate cryptocurrency in the ongoing winter session of Parliament, but nobody yet knows exactly what’s in it. Will India ban all crypto assets or just a few? How will it regulate non-fungible tokens, which aren’t currencies at all? 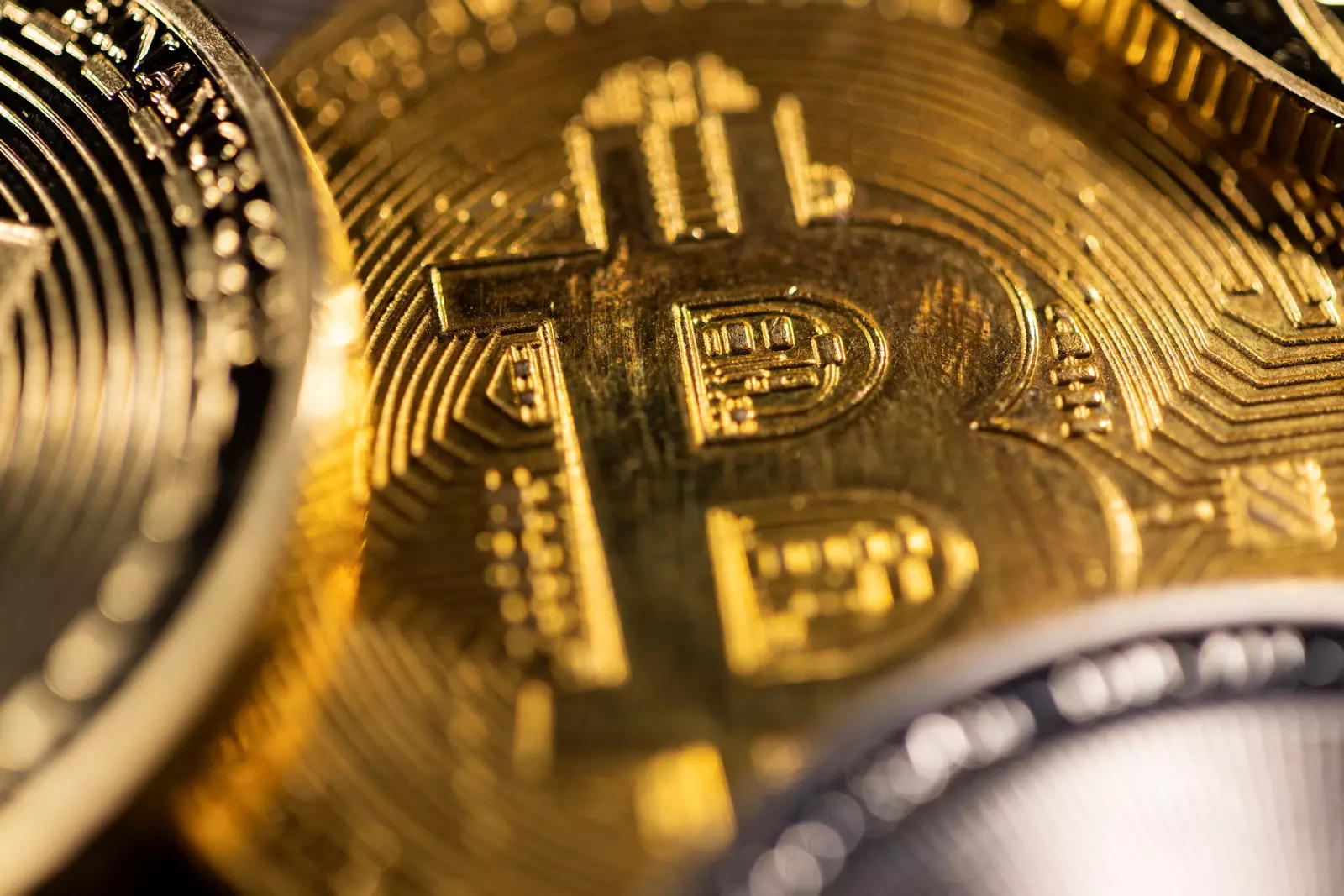 While we wait (and wait) for clarity, here’s a look at crypto regulations in five countries, two of which are crypto-friendly, two that are crypto-hostile, and one that’s just crypto-confused.

Though it has more crypto investors, exchanges, trading platforms, mining companies and investment funds than any other country, the US still lacks clear official rules for the asset class.

What’s more, legislators and regulators seem woefully behind the curve. When executives from six major cryptocurrency firms went to the US House of Representatives earlier this week, it marked the first time that industry’s senior leaders explained their businesses to legislators, Reuters reported.

The US Congress is unlikely to make new crypto rules any time soon, analysts told Reuters, and lawmakers treated the hearing mainly as a fact-finding exercise.

Here’s how muddled things are right now: the US Securities and Exchange Commission (SEC) — the most powerful regulator — typically views cryptocurrencies as securities, while the Commodity Futures Trading Commission calls Bitcoin a commodity, and the US Treasury calls it a currency. The Internal Revenue Service, meanwhile, defines cryptocurrencies as “a digital representation of value that functions as a medium of exchange, a unit of account, and/or a store of value”, and has issued tax guidance.

China, like the US, is one of the world’s largest cryptocurrency markets. That’s despite the Chinese government’s extreme hostility towards cryptocurrencies that dates back to 2013. That December, a joint notice from the People’s Bank of China, the information ministry, and other financial watchdogs barred banks from handling bitcoin-related transactions.

In 2017, Chinese regulators banned initial coin offerings, a way of raising funds through cryptocurrencies that had gained popularity — and notoriety. That ban caused the price of Bitcoin to fall by 6%.

Two years later, in April 2019, China’s National Development and Reform Commission (NDRC) termed bitcoin mining an “undesirable” industry and recommended that it be restricted or phased out.

In May 2021, Chinese Vice Premier Liu He and the State Council issued a warning, saying it was necessary to “crack down on Bitcoin mining and trading behavior, and resolutely prevent the transmission of individual risks to the social field”. By then, authorities in Inner Mongolia, Xinjiang and Sichuan provinces — which were all major Bitcoin mining hubs — had already started introducing policies to stifle the operations of Bitcoin miners.

On September 24, 2021 China’s central bank announced that all cryptocurrency transactions were illegal, effectively banning the digital tokens. “Virtual currency-related business activities are illegal financial activities,” the People’s Bank of China said, warning that it “seriously endangers the safety of people’s assets”. China has since lost its status as the world’s largest miner of Bitcoin as several large mining companies have shut shop or shifted abroad.

Japan, with progressive regulations, is one of the world’s most crypto-friendly nations. While cryptocurrency exchanges must be registered and comply with traditional anti-money laundering and combating financing of terrorism rules, Japan does not have a single set of rules for all blockchain-based tokens. Instead, the legal status of a particular crypto token is determined by functions and uses.

Importantly, non-fungible tokens and other crypto assets that cannot serve as a means of payment (because every NFT is by definition unique) are not regulated as financial assets at all.

Bangladesh, like India, has historically been hostile toward cryptocurrencies. In 2017, the country’s central bank warned that cryptocurrencies were considered illegal in Bangladesh, saying that transacting with it may violate existing rules to combat money laundering and terrorist financing. The notice states that Bitcoin transactions “are not authorised by the Bangladesh Bank or any regulatory agencies, and do not conform with provisions of the Foreign Exchange Regulation Act, 1947, and Anti-Terrorism Act, 2009, and the Money Laundering Prevention Act, 2012”.

But in 2020, the government published the National Blockchain Strategy: Pathway to be a Blockchain-enabled Nation, recognising the importance of the emerging technology.

It said: “Blockchain technology is widely regarded as one of the core and foundational technologies that will be one of the driving forces for the upcoming fourth industrial revolution… Only countries with expertise in these emerging technologies can successfully meet the challenges and exploit the opportunities…. This strategy recognises the need to explore blockchain technology in order to advance its technical capacity, increase efficiency in e-governances, and foster innovations. Here, we would like to highlight our extraordinary ambition: to guide Bangladesh into a blockchain-enabled nation.” 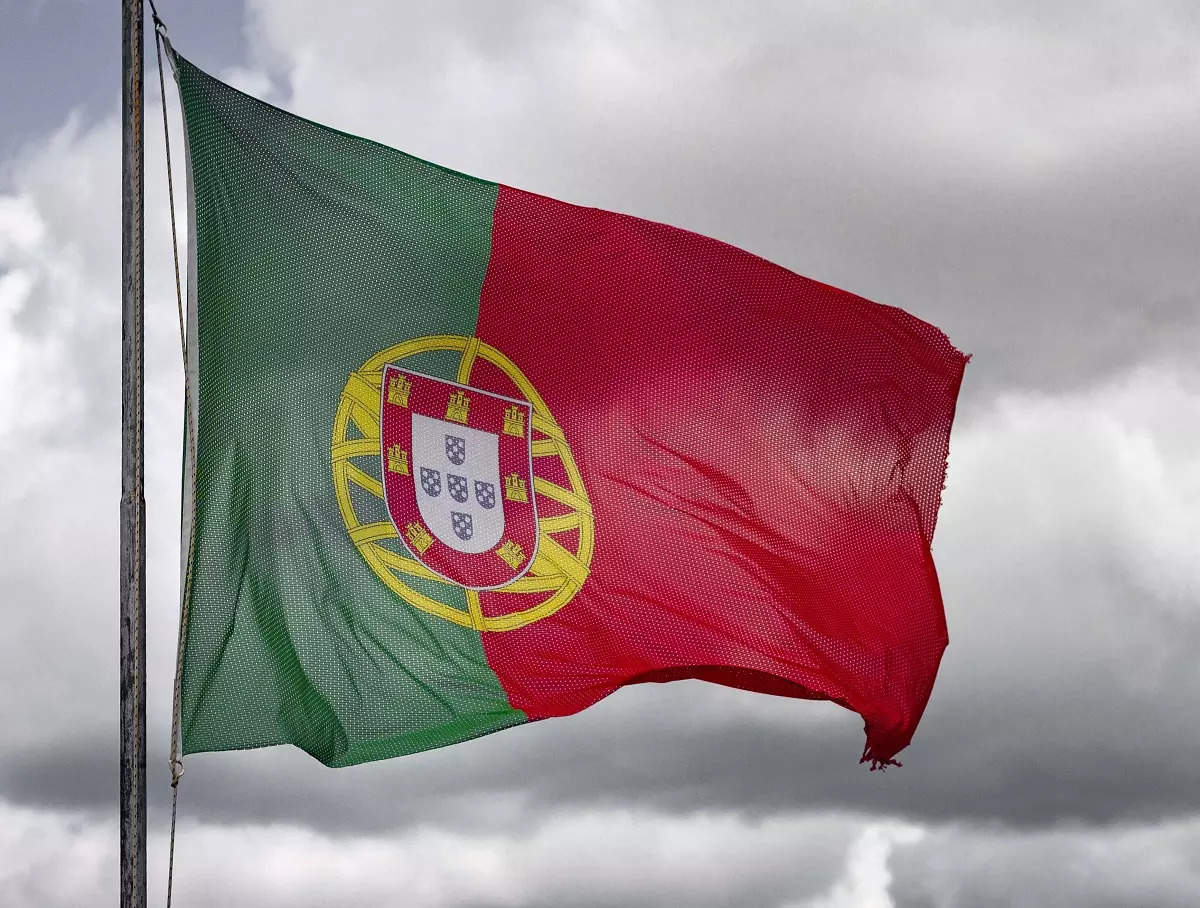 Portugal is widely seen as the most crypto-friendly country in Europe. Its non-habitual tax regime has attracted many crypto traders as it offers tax exemptions and reductions for 10 years for individuals of high cultural or economic worth. “An exchange of cryptocurrency for ‘real’ currency constitutes an on-demand, VAT-free exercise of services,” Portuguese tax authorities have said, according to Reuters.

On April 21, 2020, the government passed the Digital Transitional Action Plan, which established “free zones” to test crypto technology. The three main goals of the programme are digital inclusion of people, digital transformation of businesses, and the digitalisation of the state.

And in June 2021, Banco de Portugal for the first time issued operating licenses to two cryptocurrency exchanges, Criptoloja and Mind The Coin, recognising them as official “virtual asset providers”.

OTHER BIG STORIES BY OUR REPORTERS

With 60% market share, Flipkart has a cracker of a Diwali 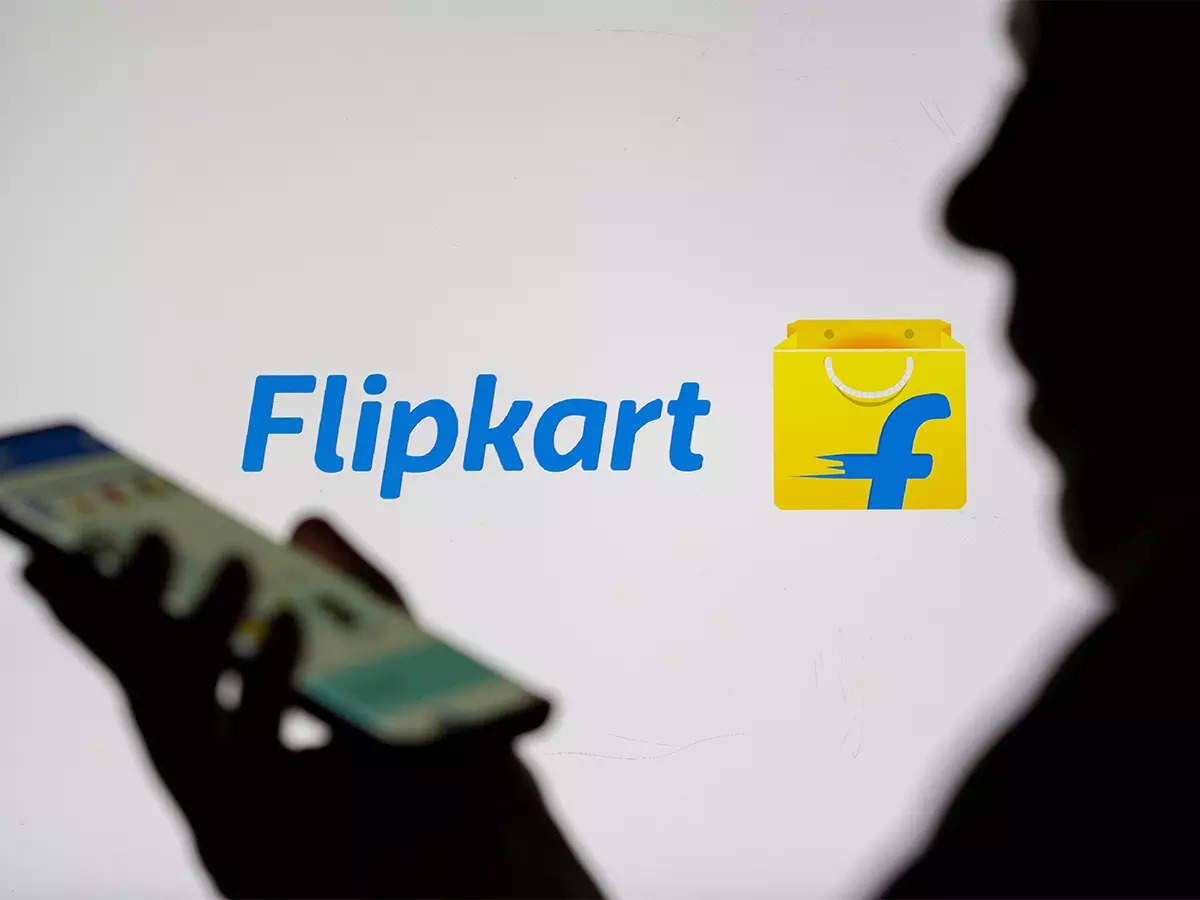 The Flipkart Group, including fashion portal Myntra, bagged a market share of around 60% during this year’s Diwali sales, according to data from PGA Labs. Amazon India, meanwhile, accounted for 32% of total sales, compared with around 25% last year.

The New Delhi-based business research and intelligence services firm estimates the size of India’s ecommerce sector at $60 billion in FY22 and $75 billion in FY23.

Still, there’s no specific timeline for Flipkart’s initial public offering even though the online retailer is on the path to profitability, Walmart’s chief fInancial officer Brett Briggs said.

Flipkart, founded in 2007, was acquired by Walmart over three years ago. It has been weighing an IPO over the past few quarters.

Homegrown social media platforms Moj and Roposo are joining the rush towards live online shopping, along with industry giants Google’s YouTube and Walmart-owned Flipkart and Myntra, to make the most of discovery-led ecommerce.

Globally, social commerce has established itself as a major player in the e-commerce and m-commerce industries as shopping and checkout capabilities continuously improve, according to Sensor Tower.

Platforms such as TikTok (which has partnered with Shopify), Instagram, Snapchat, and Twitter have all introduced shopping features to expose platform users to products and create paths for them to make direct purchases. 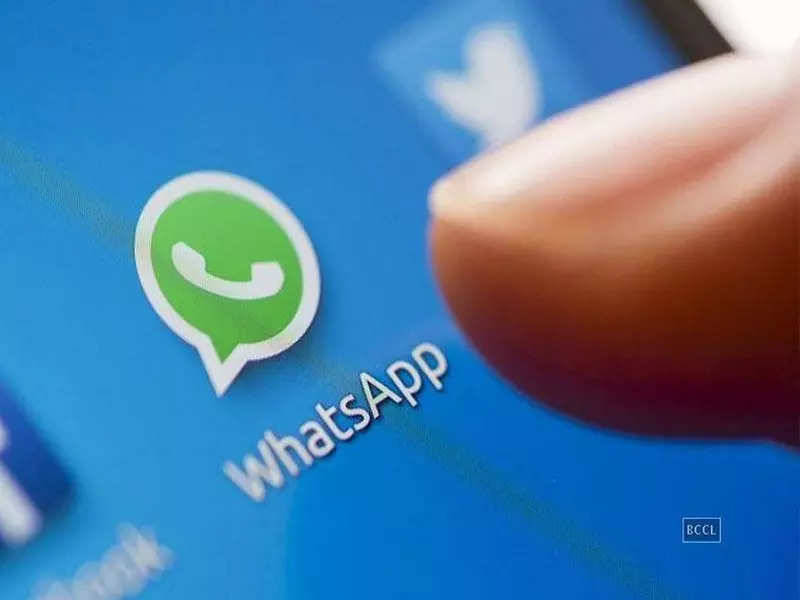 WhatsApp is getting into e-commerce in earnest, and chatbot makers couldn’t be happier.

As the world’s largest messaging app’s e-commerce plans take off in India, conversational artificial intelligence platforms such as Haptik, Yellow.ai, Gupshup and Verloop.io are busy creating chatbots for brands to sell products to customers.

“WhatsApp is poised to be the WeChat of India,” said Aakrit Vaish, chief executive of Haptik, which built JioMart’s WhatsApp chatbot.

Pine Labs is in the final stages of talks to raise at least $100 million from Falcon Edge at a post-money valuation of $5-5.5 billion.

Pine Labs’ latest fundraising talks come after the firm picked up $100 million from Invesco in September. This was preceded by $600 million of fund infusion into the company across two tranches this year. It was last valued at $3.5 billion.

“They (Pine Labs) are closing around a $100 million investment from Falcon Edge. It wants to list in the first of 2022 as per current plans,”sources said.

Indian VCs put their money on Web3: Indian venture capital firms are betting big on Web 3.0 startups, in the belief that these companies are building products for the next stage of the internet.

Crypto regulations may bring bad news for NFTs: Non-fungible tokens (NFTs) could run into trouble over their classification and legality in the country as the government looks to define and regulate cryptocurrencies through a new regulation.

Indian advertisers are looking beyond Alphabet and Meta

The local units of Alphabet and Meta together paid an equalisation levy of Rs 1,254 crore in the fiscal ended March 31, accounting for more than 60% of the tax collected under this category.

The numbers indicate two things: digital media is growing rapidly, and that Alphabet and Meta’s competitors—especially video platforms and e-commerce companies—are getting more attention from advertisers.

Google may take ‘JioPhone Next’ model to other markets

Google, which in partnership with Reliance Jio launched a low-cost smartphone for India earlier this year, may replicate the concept in global markets, a top executive told ET.

“We are committed to working with Jio on it (JioPhone Next) and test it out in India. But if there is an opportunity to take it beyond India, the answer is yes,” he said in an exclusive interview with ET. 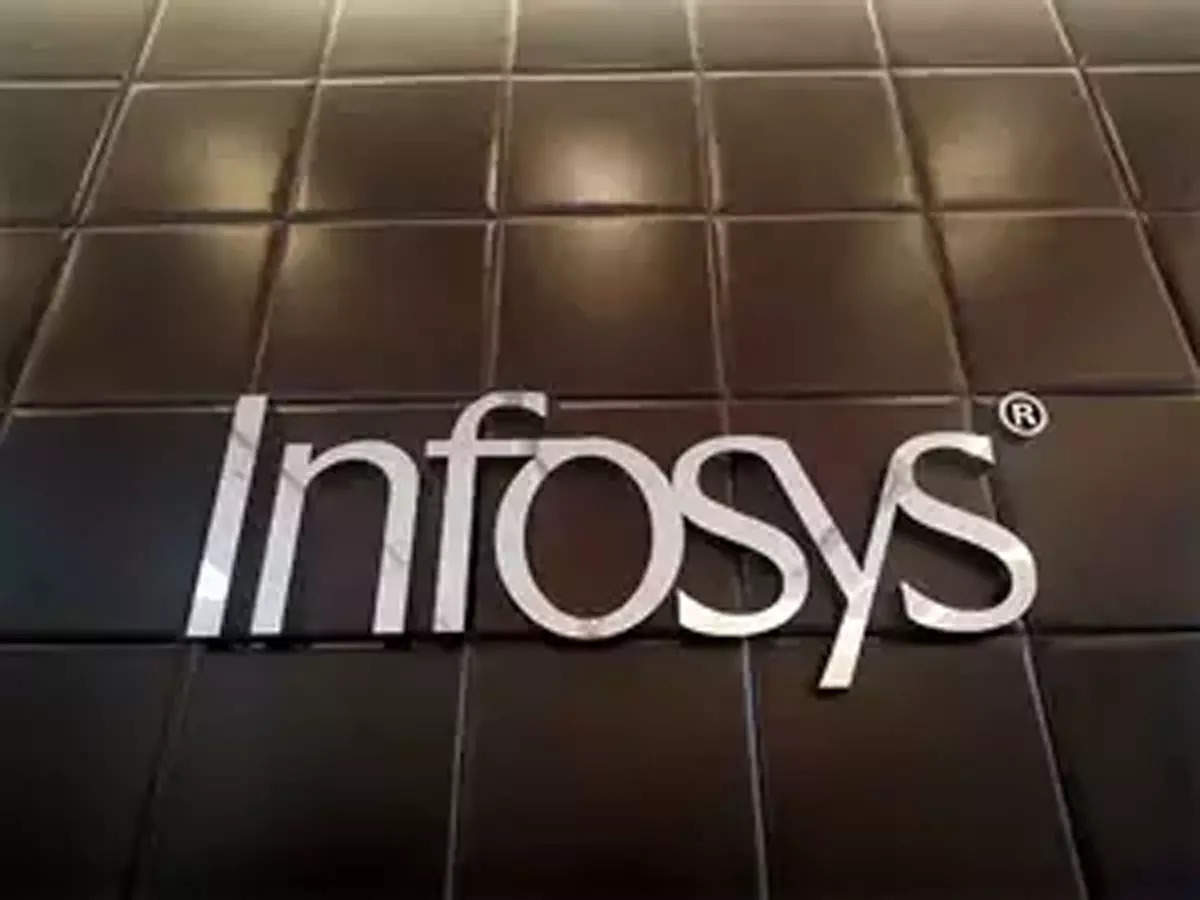 Infosys will not look for a replacement for its long-time employee and chief operating officer UB Pravin Rao, who will retire later this month. Instead, the company will distribute his responsibilities among a handful of top executives.

A recent mail from CEO Salil Parekh to the leadership of the country’s second-largest IT firm detailed additional responsibilities that will be handled by presidents, executive vice presidents and some senior vice presidents. 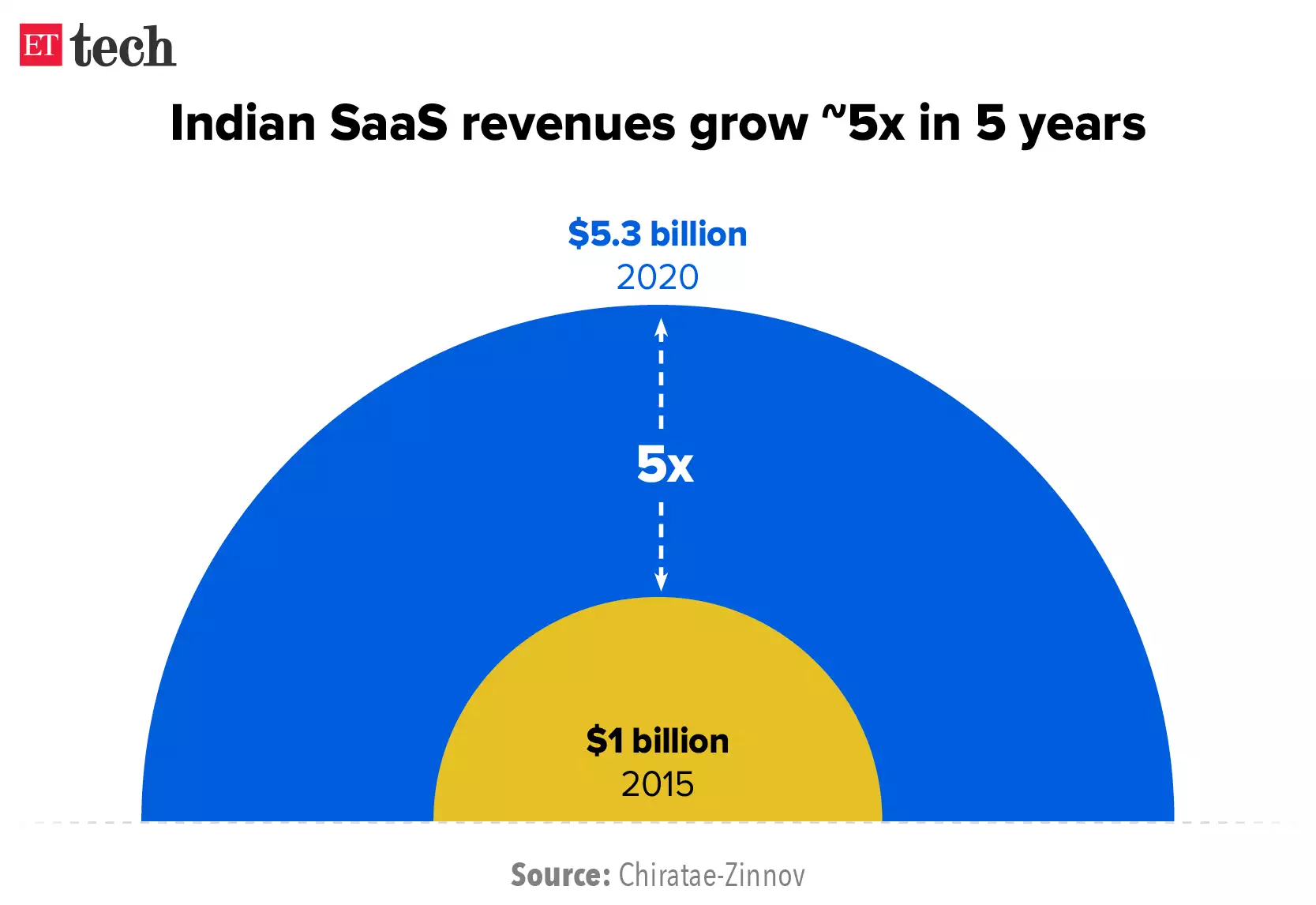 Many large software-as-a-service (SaaS) deals are expected to be closed over the next few months, according to various sources.

Indian SaaS firms have seen increased attention from investors since Freshworks—the first Indian SaaS unicorn—listed on the Nasdaq in September. Funds are drawn to these firms because of their big margins and high revenue growth.

That’s all from us this week. Stay safe and get that jab.