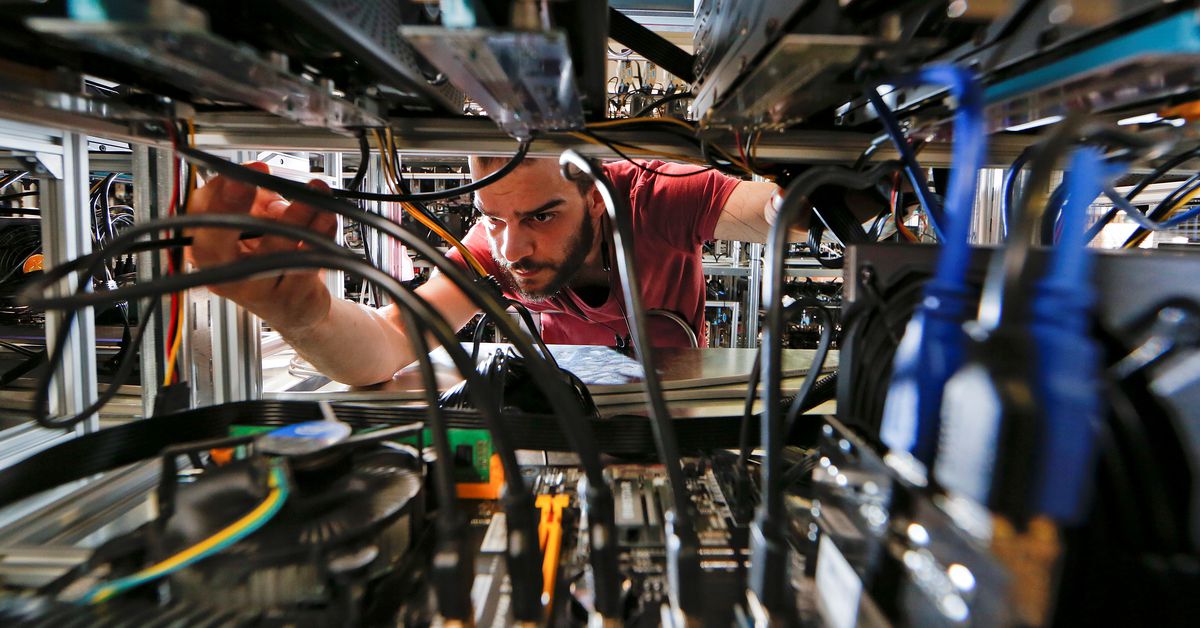 MELBOURNE, Nov 17 (Reuters Breakingviews) – The California Gold Rush had its hydropower phase, and cryptocurrency could be entering one too. Bitcoin miner Iris Energy (IREN.O) relies mainly on renewables, especially water, for its electricity-sucking operations. This somewhat novel twist might help underpin its initial public offering valuation, but the climate-saving hype feels overblown and cannot mitigate other serious risk factors.

With each bitcoin worth near an all-time high of some $60,000, it’s hardly surprising that investors are eager to back digital prospectors. Part of the backlash, however, relates to the astonishing levels of power required – currently around 119 terawatt hours annually, according to Cambridge University estimates, or more than the Netherlands uses. Tesla (TSLA.O) quickly reversed a decision read more earlier this year to accept bitcoin as payment because of environmental concerns. Swedish authorities last week urged the European Union to ban cryptocurrency mining to help meet energy transition targets.

In that context, the green hue to three-year-old Iris proved timely. It touts a strategy of locating operations in markets oversupplied with clean energy where the Australian company also theoretically is positioned to help support electricity grids when needed. It’s better than depending on fossil fuels, but it is massive energy consumption nonetheless for an activity with dubious economic or social benefits. The business model also can be replicated.

There’s no shortage of other worries. Founders Daniel and William Roberts stepped back in to run Iris in September after parting ways with a chief executive who lasted less than five months. The brothers also will keep control with a special class of stock, relegating ordinary shareholders to second-class status. Raising capital helps, but also lurking amid extensive risk factors familiar to cryptocurrency aficionados is the mother of them all: “There is substantial doubt about our ability to continue as a going concern.”

That may partly explain a valuation discount using a quirky measure of anticipated computing power known as contracted hashrate capacity. Having priced shares on Tuesday above the targeted range, the enterprise will start trading at a little more than 100 times that figure, a comparatively modest multiple. Larger rival Marathon Digital (MARA.O), with a similar mining speed target, fetches over 400 times. Using the somewhat more conventional multiple of revenue, however, Iris is commanding a notable premium to many peers, in a further sign that the green patina is fool’s gold.

– Bitcoin miner Iris Energy said on Nov. 16 that it raised about $232 million in an initial public offering that values the company at about $1.6 billion after pricing its shares at $28 apiece, above a previously targeted range of $25 to $27. The shares are expected to start trading on Nov. 17 on the Nasdaq.

– JPMorgan, Canaccord Genuity and Citigroup are the lead book-runners.

Reuters Breakingviews is the world’s leading source of agenda-setting financial insight. As the Reuters brand for financial commentary, we dissect the big business and economic stories as they break around the world every day. A global team of about 30 correspondents in New York, London, Hong Kong and other major cities provides expert analysis in real time.