Uniswap price sits atop one of its final price support zones before a significant sell-off will likely occur. Despite having recovered over 33% of its flash-crash losses, buyers appear to be abandoning Uniswap in the interim. Extremely bearish conditions across the board. 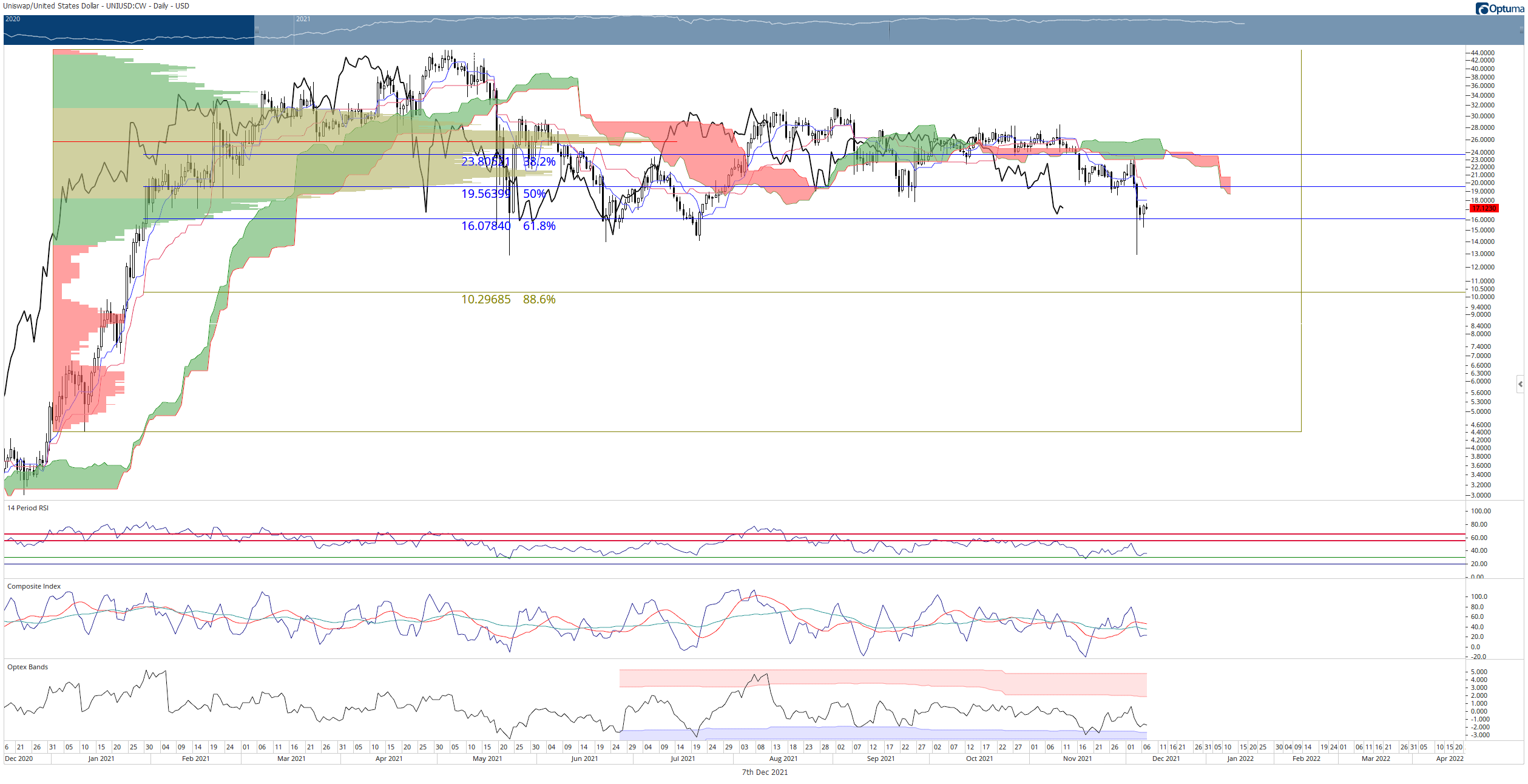 Polkadot price has substantially recovered since hitting a low of $23.95. A return above the $30 level gives buyers and long-term hodlers significant psychological support that Polkadot may, again, move higher. Polkadot price faces near-term resistance against the 38.2% Fibonacci retracement at $31.08.

VeChain price has recovered roughly 40% of the losses it has had since the flash crash this past Saturday. A strong recovery looked very likely, but recent price action has shown there is a struggle to move higher and that bulls may be losing faith.