XRP price shows signs of a sustained recovery as bulls defend a crucial support level, forming a reversal pattern. This development could trigger Ripple to head on a quick run-up to significant resistance barriers.

XRP price produced a close around $0.76 on December 4 and was followed by a brief 10% run-up. This upswing was temporary and led to the formation of another swing low around $0.76, giving rise to a double bottom.

This bottom reversal pattern suggests that the downswing is nearing an end. Therefore, investors can expect XRP price to see a palpable increase in buying pressure, pushing it to retest the $0.96 resistance level after a 15% upswing.

Clearing this hurdle will open the path for collecting liquidity resting above the $1.03 swing high. In total, this run-up from $0.76 to $1.03 would constitute a 30% ascent. 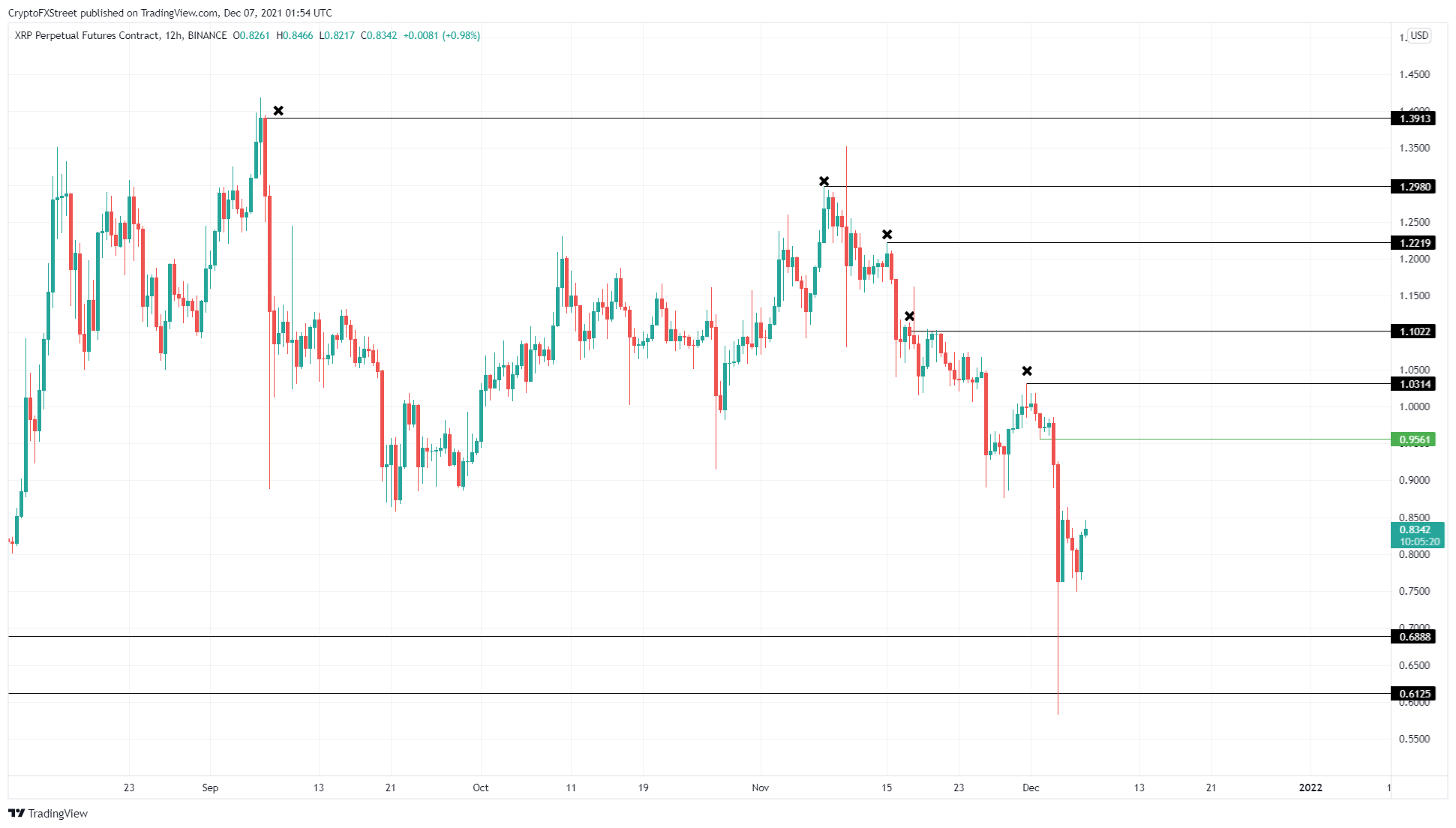 While things are looking up for XRP price, a breakdown of the $0.76 support level will indicate increased selling pressure. If buyers fail to defend this level, the remittance token could retrace to the immediate demand floor at $0.68.

A lower low below this platform will invalidate the bullish thesis and potentially trigger XRP price to crash to the next level at $0.61. Here, buyers have another chance to make a comeback before Ripple dives lower again.