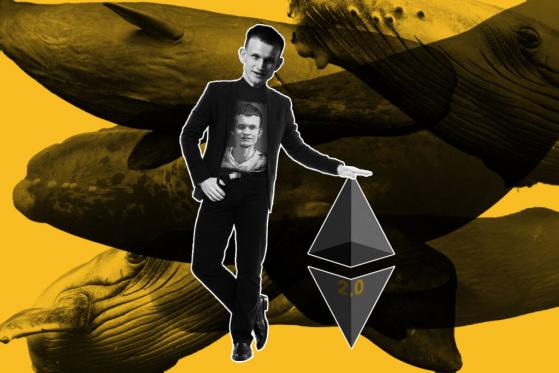 After a bloodbath over the weekend, which saw the crypto market lose more than $600 billion in hours, cryptocurrencies are now recovering at an appreciable rate. With all the top 10 cryptos in the green, the cumulative market cap has risen from sub $2 trillion to $2.346 trillion at the time of this writing.

The market gains come as the jumped by 646.95 points, erasing the losses incurred over the weekend. The rally, which started on Monday, affirms the belief that investors have gotten past the fear of the COVID Omicron new variant.

Despite the drop in price, the hash rate (mining power), which has been steadily rising, has hit a new all-time high. Despite the Chinese ban and the great mining migration, the Bitcoin hashrate on Monday, December 6, peaked above 215.4 EH/s, a new record for the Bitcoin network.

Bitcoin continues to prove its ability to recover from the harshest of situations with its constant recovery.

Ethereum Is Now Bigger than the Biggest Bank, Ethereum’s ‘Endgame’ is Here

The world’s second-largest crypto, Ethereum, has enjoyed a splendid year, gaining more than 500% year to date. This explosive growth has seen Ethereum surpass the market cap of the biggest bank in the world today.

According to available data, Ethereum’s market cap of $521 billion has displaced J.P. Morgan Chase, the biggest bank, which has $473 billion. As a result, Ethereum is now placed in the top 15 assets ranked by market cap globally.

While Ethereum is yet to explore the possibilities of its most anticipated network upgrade, ETH 2.0, its co-founder, Vitalik Buterin, has shared his vision for a “plausible roadmap” for ETH2, termed Endgame.

The Endgame would bring substantial scalability to the Ethereum network while hoping to reduce the gas fees, which has been a problem on the blockchain.

In a shocking move, one of the leading Canadian crypto exchanges, Newton, has announced that it will be unlisting two of the biggest cryptocurrencies, Tether (USDT) and Ripple (XRP).

The exchange lists regulatory and legal issues as the reason for delisting USDT and XRP. Earlier in the year, Tether (USDT) was shrouded in controversies surrounding manipulation of market prices, minting coins at will, and in the Evergrande market collapse.

The Ripple vs. SEC case, which is already one year old, needs no introduction. According to Newton, XRP and USDT transfers into the exchange will be turned off on December 20 at 11:59pm ET, and trading on December 30 at 11:59pm.

Finally, Tether and Ripple will be kicked out of the Canadian exchange on January 15, 2021, when withdrawals from the exchange will be turned off.

Polygon, a layer-2 protocol on the Ethereum network, has slowly become one of the go-to protocols on Ethereum because of its powerful aggregating scalable solutions. The positives of the network have attracted a lot of users and investors.

According to a report, two venture capitalists are looking to throw their weight behind the scaling solution. It is believed that Indian-based Sequoia Capital and London-based Steadview Capital are both in serious talks to throw significant investment at Polygon.

The report states that both venture firms are in the process of investing between $50 and $150 million in MATIC (the native tokens of the Polygon network). While the deal hasn’t been formally announced, the firms may purchase the MATIC tokens at a 20% discount.

If the deal pulls through, it could provide Polygon the funds to expand its services, as well as enter into the Southeast Asian Market.

Non-Fungible Tokens (NFTs) emerged as one of the hottest things in blockchain this year, despite being earlier referred to as a bubble.

According to on-chain data between January and October 2021, retail transactions (less than $10k) accounted for 80% of the $10.7 billion NFT sales in the first three quarters of the year.

Chainalysis explains that institutional-sized transactions (above $100k) represented 1% of all transactions but accounted for 26% of the actual trading volume during the period.

The data proves that the NFT market is more driven by small-scale buyers than institutional investors who are thought to create a centralized marketplace.