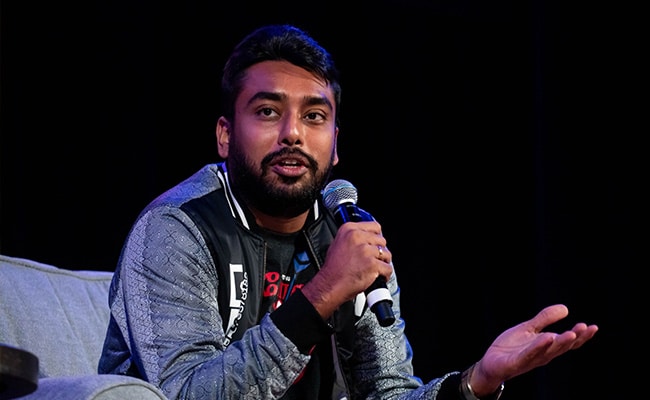 Vignesh Sundaresan, also known as MetaKovan, spent $69.3 million on a Beeple non-fungible token earlier this year, but he’s not very possessive about it.

The beauty of an NFT is that everyone gets to enjoy it, the Indian cryptocurrency entrepreneur and investor said in an interview with Bloomberg News. In fact, he’d be happy if everyone downloaded a copy of “Everydays: the First 5000 Days.”

The blockbuster price he paid helped bring attention to the burgeoning market for NFTs, which has exploded in popularity since then. It’s gotten attention for the potential of the technology as well as the numerous brands and celebrities piling in. Yet, it’s also been the subject of questions about trading scandals, valuations and what an NFT purchase actually gives the buyer.

Sundaresan spoke with Bloomberg about his thoughts on NFT property rights and what he’s watching next. Below are highlights from the interview, edited for length and clarity.

What do you think about property rights on NFTs?

At the end of the day, information wants to be free. You try to have paywalls, you try to do so many things. But even those methods of having information or data inside walled gardens of any kind of security, they’ve not done very well on the internet.

If someone is releasing music, maybe it gets pirated. All these issues seem to be very native to the internet. If you try to fight that, I don’t think it’ll be useful at all.

What NFTs do, instead of giving the importance to that copy of the file, it kind of gives importance to something else big. The idea that some person supported an artist at some time and this was the memorabilia.

If you have an NFT, I believe everyone gets to enjoy it. But you don’t need everyone to pay for it. There can be a few people who pay for this production, and they get a credit to have been part of this production. And that’s it.

It’s fine to download. I’m happy if someone were to download Beeple — The 5000 Days — everyone in the world.

Are you involved with any big-name series like CryptoPunks?

I want to figure out other ways of scaling the number of connections we have on the internet. These projects will have to figure out why they’re limited to these many numbers, and what effect will that have on what they can do in the world.

Today, the most exciting area for me is parachains, which are part of Polkadot. Polkadot is just a skeleton and there can be so many chains that attach to the skeleton, and can scale themselves.

You can participate in the parachain auction, where you lock up your DOT for a couple of years, you get back your DOT. And for that you’ll get rewarded with some of these parachain tokens. For me, it’s a great way right now to think about capital allocation. I’ve been in Polkadot for a while now, and I’m not looking to change my position.

What do you think about decentralized autonomous organizations (DAOs)?

I’m closely observing DAOs, which are just coming up in all parts of the world. Traditionally, there would have been an art collective, of artists together doing some work. Now they’re trying to be a DAO.

I think Wyoming has been leading the way – they’ve figured out a lot of things they can offer, and people are going to figure out how they can allow people to host DAOs in their home country. That’s going to be the next phase, because I feel like it will have real impact in the world.

What are you working on now?

Working with artists has been nice, and in the next four or five months we’ll see a lot more that comes out of this.

We launched something on Instacart. It’s a programmable music piece but it was made by artists in India; 40 artists participated in this. They figured how to route it — for every sale, the payment trickles out and gets out to everyone. I think it’s great model to look at how we bridge cultures from all over the world and present them in a global market.

(Except for the headline, this story has not been edited by NDTV staff and is published from a syndicated feed.)