For El Salvador’s Bitcoin Law to function as planned, a Bitcoin trust fund is crucial. The country’s government will handle the exchange between dollars and bitcoins. They’ll assume the volatility and guarantee prices. And now, less than a week before the law goes into effect, the Finance Commission of the Legislative Assembly confirmed the creation of a $150M Bitcoin trust. Just in time.

“We have several teams in the territory to show the population how to use the Chivo Wallet. We have developed a friendly application for all Salvadorans to be able to learn how to use this cryptocurrency.”

About the Bitcoin trust fund itself, a couple of months ago when President Bukele explained the Bitcoin Law to us, Bitcoinist told you:

“El Salvador will have a trust fund dedicated to these currency exchanges. They’ll buy the Bitcoin from those who choose to receive Dollars, and they’ll protect their earnings from possible volatility in Bitcoin’s price. If the vendor does a transaction for $5, that’s exactly what he or she’s going to get.

Where Does The Money For The Bitcoin Trust Fund Come From?

In recent a report about the Central American Bank for Economic Integration’s level of involvement in the implementation of the Bitcoin Law, Bitcoinist commented:

“The Central American Bank for Economic Integration seems to be one of the most bullish institutions in this whole scenario. Mossi thinks that “Guatemala, Honduras and El Salvador are the countries that would have the most to gain if the adoption of bitcoin lowered the cost of sending remittances.” All countries in his organization’s area of influence.” 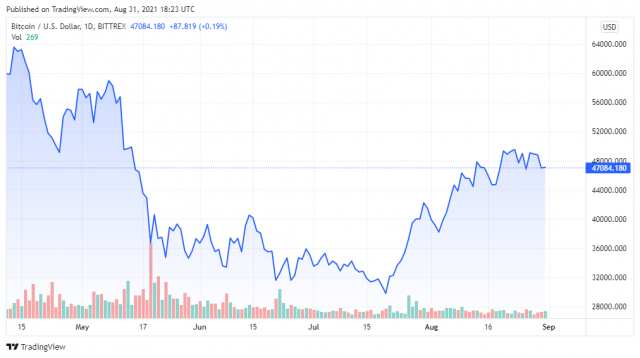 Last week, using a tweetstorm, President Bukele clarified some of the many doubts that this groundbreaking project creates. Among other things, Bukele claimed:

How will they do it? They’ll use the recently approved $150M Bitcoin trust fund, that’s how. The government will assume Bitcoin volatility’s risk, but it will also reap the rewards that said risk entails. While the opposition worries about President Bukele’s ability to guarantee dollar liquidity, they miss the bigger picture. El Salvador’s government now holds bitcoin in its balance sheet. They have exposure to the hardest money ever created.

Less than a week to go before the Bitcoin Law goes live. Grab your seats.