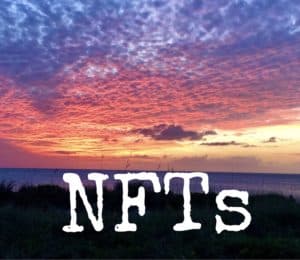 Unique Network, a next-gen NFT chain for Polkadot and Kusama, announced that it has secured $11.3 million in the second round of its pre-sale, bringing its total raised to $16 million.

The investment round has been led by Web3 investment pioneers Outlier Ventures, who were joined by various NFT investors, such as The LAO, Flamingo, Nalu Capital and more than 200 other investors, including “a number of follow-on investments from the previous round his funding round, especially with the quality and quantity of investors involved, has positioned Unique Network well for the upcoming launch of Quartz, its NFT chain for Kusama.”

“Unique Network are trailblazing a new path for NFTs within Polkadot and Kusama’s ecosystem and we are incredibly excited to back them in their pursuit to increase the design space of NFTs.”

“Despite all the current buzz around NFTs, there is still a massive barrier to entry. Gas fees, the need to purchase cryptocurrencies, storage, and even the fact that NFTs have limited features for artists to express their vision, all hold the industry back. Unique Network and our Kusama chain, Quartz, are built to solve the economic and storage problems with Ethereum-based NFTs and create new levels of interaction and malleability that will take NFTs to the next level.”

Unique Network will take part in the upcoming parachain auctions for Kusama, during which they plan to acquire a parachain slot for Quartz, their new canary network for Kusama. Beginning on Wednesday October 27, 2021, interested parties will be able to participate in the crowdloan “to help Quartz win the auction.”

Quartz will reportedly be the first NFT infrastructure on Kusama, and is developed to “enable the most powerful and advanced NFT functionality on the Kusama network,” the announcement noted.

Quartz parachain on Kusama will “allow anyone to build NFT marketplaces and experiences with interoperability between different blockchains, like Ethereum and EVM Based Chains and other notable NFT blockchains.”

In the five months since its first investment round, Unique Network has announced several partnerships including with the UN-led DigitalArt4Climate Campaign with GloCha, RMRK, Art Curators Grid, Forever Has Fallen, and more.

With the impending launch of Quartz, Unique Network will be able “to help even more projects and artists develop their NFT marketplaces and experiences,” the update noted.

As mentioned in a release, Unique Network is a framework for the next-gen of NFTs. The first NFT chain for Kusama and Polkadot, it provides application developers “independence from network-wide transaction fees and upgrades.”

The Unique Network team “built Substrapunks, the first NFTs on Polkadot, won Hackusama in 2020, and created Substrate’s pallet for NFTs.”