Polkadot price continues to churn higher in the $40 price range and seeks to push beyond the current consolidation. But first, Polkadot needs to break through the resistance levels that continue to prevent a significant, monstrous bullish break.

Polkadot price continues to assault prior trendlines; a breakout could occur soon

Polkadot price action has been a source of frustration for short-sellers. There have been multiple, solid opportunities for Polkadot to experience a major collapse, but all have failed. Buyers are firm and continue to buy any small dips in the $40 value area. Short sellers have been most active when Polkadot approaches the trendlines of a previous rising wedge. On the Point and Figure chart below, there have four attempts to break above the trendlines and four rejections. Polkadot is approaching its fifth and possibly final attempt.

The hypothetical trade idea shows a probable entry at $47. The entry is based on the break of a double-top. Usually, a double-top is not enough reason to take an entry, but one more pattern makes the $47 entry appropriate. The current X column entry would confirm a Bear Trap pattern because the last O-column created an O below the double bottom but failed to move lower. Because of the Bear Trap pattern, additional momentum from trapped shorts will be crucial in Polkadot breaking out above the trendlines. 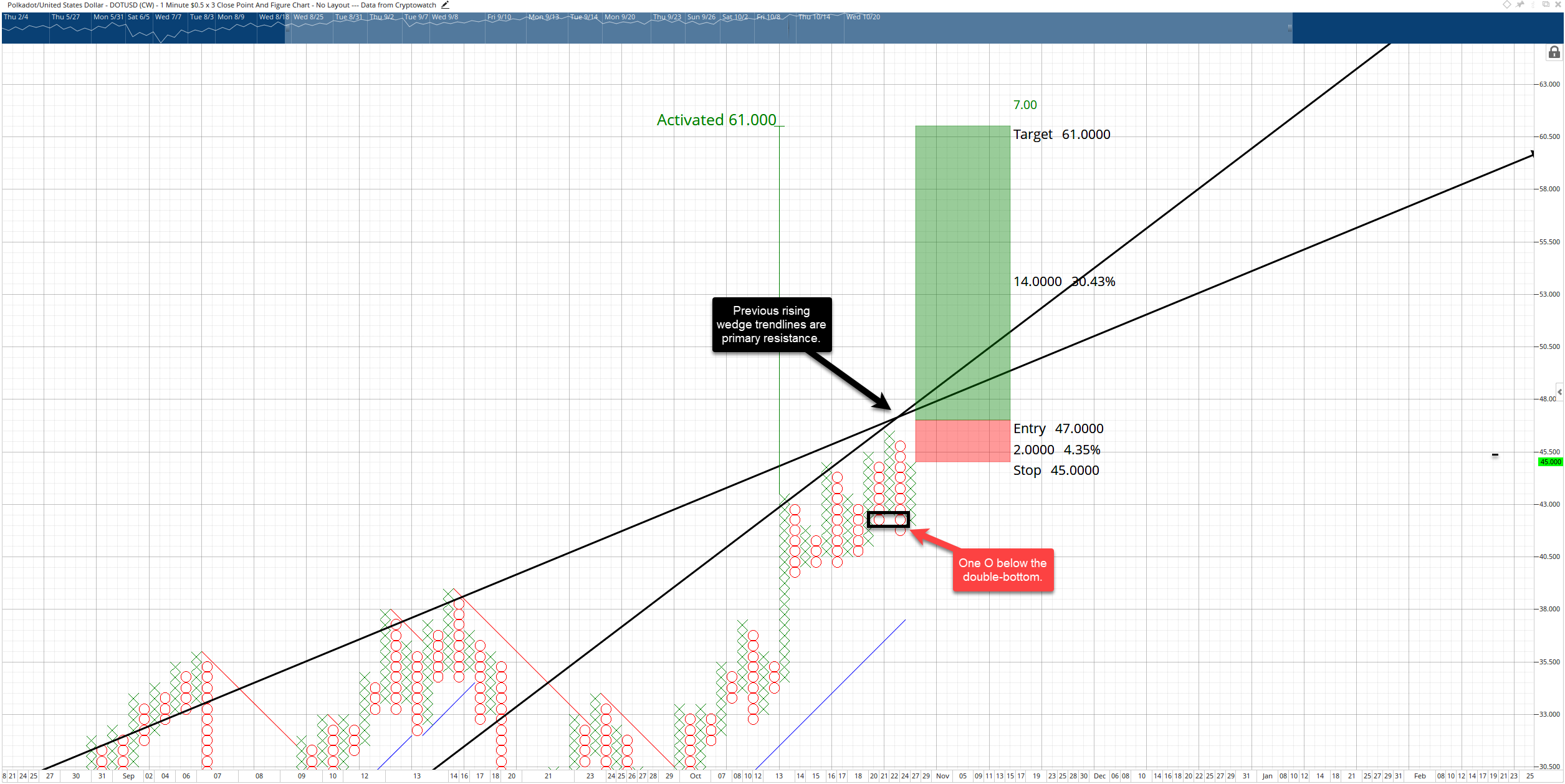 However, caution should always be practiced. The consistent rejection is a sign of strength and adds to the power of the resistance at the trendlines. Traders will want to watch for any selling pressure that would push Polkdaot price back to $41 as this could trigger a robust corrective move to the mid-$30 range.