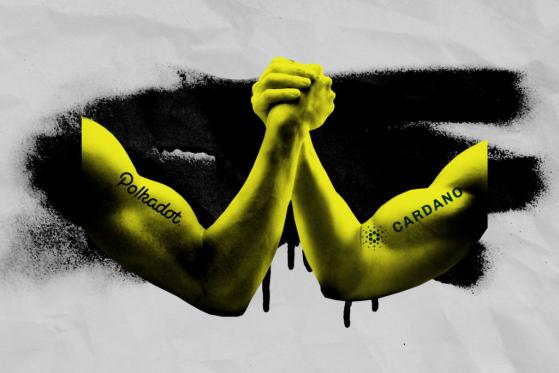 The Battle of the Fittest: Cardano or Polkadot

The past few years, dating back to 2017, have seen a surge in the number of active blockchains in the decentralized finance (DeFi) market. During this time, we have also witnessed the launch of and , both of which have proven highly popular among developers, investors, and end-users alike.

There has been a long-standing debate about which of the two blockchains is more future-proof, or whether the underlying technology they possess is solid enough to be capable of ensuring a sustainable future.

As much as this remains a debatable topic among blockchain enthusiasts, this article will take a deep dive into both blockchains in order to highlight some of the strengths and weaknesses of both.

To achieve this, it will primarily examine three major metrics across both blockchains; first, the technology behind both blockchains and consensus mechanisms; secondly, the systems of governance and; finally, token performances in the market.

Starting with the earliest entrant in the blockchain industry, Cardano is a third-generation Proof-of-Stake (PoS) blockchain platform that is aiming to be a more efficient alternative to Proof-of-Work (PoW) networks.

Similarly, Polkadot has also been built as a Proof-of-Stake protocol with the primary aim of delivering interoperability among blockchains. To explain further, it is designed to connect both permissioned and permissionless blockchains, as well as oracles, to work collectively under one umbrella.

Polkadot is built around its relay chain, which ensures interoperability between other network blockchains, or side chains. Notably, Polkadot is unique in that it not only hosts decentralized applications but also allows developers to design their own private blockchains while still benefiting from the base layer’s security.

The Cardano platform, on the other hand, is built on a novel technology that represents an advancement over the traditional PoS mechanism utilized by the majority of scaling blockchains. In more detail, Cardano operates on the ‘Ouroboros consensus protocol,’ a product of the research made by Cardano during their ‘Foundational’ phase.

For those unfamiliar with this, the Ouroboros consensus protocol is the first PoS to be informed with scholarly academic research and was created using a research-based approach that has proven to be a very secure alternative.

Cardano is by far the most researched blockchain project to date, with over 90 publications on blockchain technology (covering a wide range of issues) authored by the Cardano development team. Impressively, the extensive research work carried out by the foundational team forms the backbone of the entire Cardano project.

One prominent issue that most new generation blockchains seek to address is inherent in scalability, which refers to the ability of a blockchain to achieve high throughput and security, without compromising its decentralized attribute.

Both Cardano and Polkadot are able to achieve scalability by employing a hybrid chaining system. Cardano, on one side of the coin, is able to achieve this by splitting its blockchain into two major layers; the Cardano Settlement Layer (CSL (OTC:)), and the Cardano Computational Layer (CCL).

The former is used to record ADA (the network’s native asset) transactions, while CCL contains smart contracts which can then be integrated by developers to stay active on the blockchain.

Polkadot, on the other hand, also operates two types of blockchain; the relay chain, as discussed earlier, and another known as parachains, which are hosted on the mainnet with the help of smart contracts.

While the relay chain is where the transactions made across the parachains are finalized, the parachains themselves are user-created on-chain networks, and are customized for various purposes.

Sadly, the Cardano network is still unable to achieve as high levels of scalability as Polkadot, still registering a considerably low throughput of 20 to 250 transactions per second (TPS), whereas Polkadot is able to process at a rate as high as 1000 TPS by leveraging its parachain structure.

Cardano, aware of its present setback, is working on an enhanced version 2 that is tentatively being called “Hydra.” According to Harold B., a project team member, the forthcoming upgrade will solve the major limitations, currently being faced, that may impede the network’s adoption rate.

The Hydra upgrade specifically aims to address the current low throughput by implementing a faster consensus mechanism. Furthermore, it will address several broad pressing concerns in the blockchain industry, such as parallelism and concurrency, among others.

From the 13th of March, 2020, a new impulsive move of the highest degree started developing. Measuring to its all-time high of $3.18 on the 3rd of September this year, this marked an increase of 16,848%.

On the other hand, Polkadot’s native asset, DOT, started off in a narrow range last year, from August until December, hovering at around $5.18. This could be viewed as the accumulation stage, from which point we witnessed the beginnings of a bull cycle, starting from the 28th of December.

That said, Cardano’s ADA is performing relatively poorly for a token that was released four years earlier than its competitor. The best reasoning for such a low ADA token price, however, can be attributed to very few transactions on the Cardano blockchain.

For example, while Cardano fully supports smart contract capabilities, some of the technology required for dApps, or web-based apps, is not available on the network. As a result, there are a large number of dApps awaiting launch on the network, while only a few applications currently function on the platform, making the low-priced utility token reasonable when measured against its time of arrival in the market.

Polkadot, on the other hand, has made significant progress in the two years since its launch in May 2020. Currently, the blockchain network is home to over 350 projects built on Polkadot, with many more set to launch in the near future. Given the rate of spontaneous adoption, the price of DOT is projected to skyrocket even further.

Ultimately, the sky’s the limit for both Cardano and Polkadot, but whether they will be able to withstand the test of time is largely dependent on widespread acceptance within the industry.

Because they are both relatively new projects, Building applications or services on either Cardano or Polkadot at genesis offers early access to long term benefits such as corresponding utility token performance, compared to when they are completely matured.