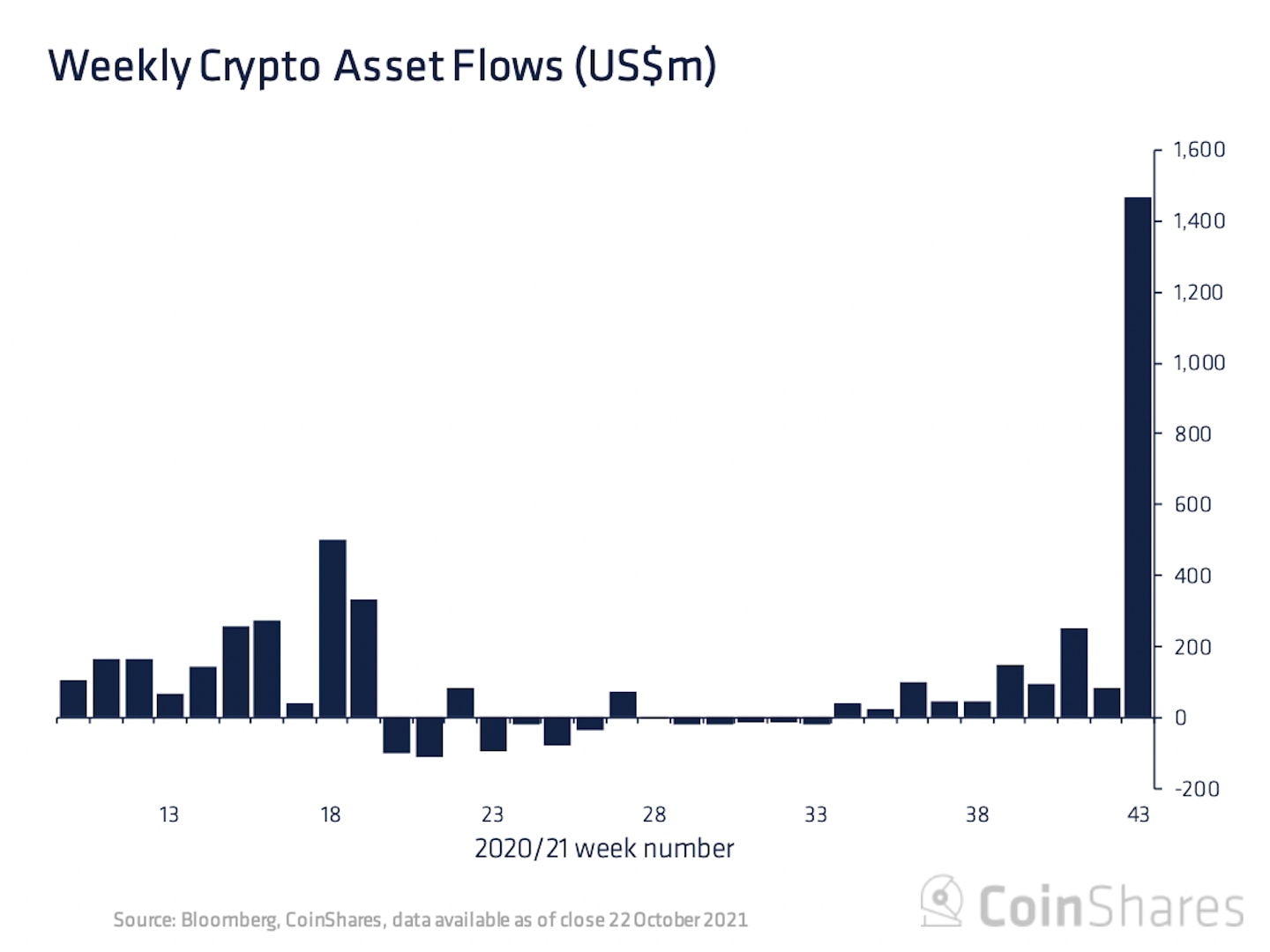 Investors pumped a record $1.47 billion of new money into digital asset investment products last week, fueled by a rally in cryptocurrencies and the launch of the first bitcoin futures exchange-traded fund, a report Monday by CoinShares showed.

The increase in flows came as bitcoin (BTC), the world’s largest cryptocurrency, surged to an all-time high of $66,974 last week.

The previous weekly record came in February, when inflows totaled $640 million. The past week’s inflows into crypto funds pushed the year-to-date total to $8 billion.

“This is a direct result of the U.S. Securities and Exchange Commission (SEC) allowing a bitcoin ETF investing in futures and the consequent listing of two bitcoin investment products,” said a report by CoinShares.

On Oct 15, the SEC approved the first bitcoin futures ETF, the ProShares Bitcoin Strategy ETF, and the announcement drove bitcoin’s price above $60,000 for the first time in six months.

Then last week, on Oct. 19, the ProShares ETF began trading on the New York Stock Exchange under the ticker symbol BITO.

Ether (ETH), the native cryptocurrency of the Ethereum blockchain, the world’s second largest, also reached an all-time high last week at $4,361 on Oct. 21.

Although the ETH price climbed, funds focused on the cryptocurrency saw outflows for a third consecutive week. Outflows from ether-focused funds totaled $1.4 million last week, according to CoinShares.

“This is minor profit-taking as the price closes in on all-time highs,” said the report.