Editor’s Note: Morning Money is a free version of POLITICO Pro Financial Services morning newsletter, which is delivered to our subscribers each morning at 5:15 a.m. The POLITICO Pro platform combines the news you need with tools you can use to take action on the day’s biggest stories. Act on the news with POLITICO Pro.

Finally, signs of progress on spending bill — Democrats are pushing forward on negotiations to trim down President Joe Biden’s proposed $3.5 trillion social spending package and pledging to agree on at least a basic framework before the end of this week. That was the message from Senate Majority Leader Chuck Schumer after the party’s “spirited” weekly caucus lunch on Tuesday, though he cautioned that the whole bill can’t be written in the next few days.

But some details are starting to trickle out, signaling that after weeks of a stand-off, compromises are being made. The two years of tuition-free community college that Biden has proposed is likely going to be cut from the final version of the package, and the expanded child tax credit may only be extended for a single year, our Congress team reports.

The Clean Energy Performance Program, a $150 billion plan to pay utilities to install increasing amounts of clean electricity, is also likely out, largely because of Sen. Joe Manchin’s staunch opposition.

The movement comes after Biden met separately on Tuesday with groups of progressive and moderate lawmakers in an attempt to push the bill forward. Democrats are desperate to make progress before the New Jersey and Virginia governors’ elections on Nov. 2, worrying that a failure to move forward could hurt the party’s chances in those races. And Biden, in his meetings, has spent a considerable amount of time on the party’s collective sense of urgency, telling Democrats that they simply have to deliver.

America’s banks firmly believe that everyone should pay their taxes, but a proposal in Congress would force banks to provide details to the IRS on what’s going in and out of almost every bank account in the country. This dragnet of data collection raises serious questions about Americans’ right to privacy. Learn more about the issue and take action here.

TESTER PUTS OCC NOMINATION IN DOUBT — Our Victoria Guida: “A key Senate Democrat has voiced misgivings about President Joe Biden’s nomination for a top job overseeing the nation’s banks, creating a new potential obstacle in a bruising confirmation fight that has separately been marked by charges of racism and xenophobia against some Republicans.

“Sen. Jon Tester (D-Mont.), a member of the Banking Committee that will vet the nominee, said he has ‘concerns’ about Saule Omarova as comptroller of the currency, an ominous sign for a candidate who will likely need party-line support in an evenly split Senate. Omarova has gotten fierce pushback from Republicans for wanting to allow the Federal Reserve to provide bank accounts for Americans, rather than private institutions, a move that she says will ‘end banking’ as we know it.”

SEC REVIEWING ‘UNIVERSAL PROXY’ RULE — Our Kellie Mejdrich writes in: SEC Chair Gary Gensler on Tuesday night said commissioners received a draft proposal this week for review that would give shareholders greater control over how they can elect a company’s board of directors.

Gensler gave an update on the so-called universal proxy rule, which would let shareholders pick and choose from board nominees at public company annual meetings regardless of whether they vote in person, during a virtual interview with former Democratic SEC Commissioner Robert Jackson hosted by the NYU School of Law. The SEC in April reopened the comment period for the proposal, which would expand voting options when shareholders vote proxies — in other words, without attending in person — from the current binary choice between company-nominated candidates or a slate of activists.

RIPPLE CEO: SEC CAUSING U.S. TO BE LEFT BEHIND ON CRYPTO — Our Ryan Heath writes in from the Milken Conference in Los Angeles: Brad Garlinghouse, CEO of Ripple, the financial transaction platform that uses a native cryptocurrency known as XRP, offered harsh criticism of the SEC at the Milken Conference on Tuesday. Garlinghouse faults the SEC for failing to build a regulatory regime for digital assets in the U.S. Perhaps that’s no surprise given an SEC lawsuit against Ripple for raising $1.3 billion through the sale of XRP which it classifies as an unregistered digital asset. “Why is the SEC picking winners and losers?”

Ripple says the U.S. is a global laggard. “In the U.K. they have a clear taxonomy for crypto: a clear structure and categorization of different assets. Japan has a lot of clarity. Singapore is where you’re seeing a lot of entrepreneurs and investment flow. The U.S. is a laggard, and I do worry, as a U.S. guy, that we’re forcing this stuff overseas, because why would you do it here?”

“When we go overseas, it’s not because we’re trying to escape regulations. It’s a heavy lift to get a license in Singapore, in the U.K., or the EU. But you know, the path to get a license is there.” He says Ripple is posting record growth outside of the U.S.

Garlinghouse thinks the SEC is “fighting for their own regulatory jurisdiction” rather than building “a rational framework that protects the investors and protects the integrity of the market.”

“In a letter to Facebook CEO Mark Zuckerberg, the lawmakers blasted the news that the company had started a pilot of its wallet, ‘Novi,’ expressing concerns that Facebook is still part of efforts to launch Diem even after Washington policymakers expressed strong objections to a previous design known as Libra. ‘Facebook cannot be trusted to manage a payment system or digital currency when its existing ability to manage risks and keep consumers safe has proven wholly insufficient,’ the lawmakers wrote.”

Diem defended its project in a lengthy response to lawmakers late Tuesday, emphasizing that it is independent from Facebook and that Novi “is just one of more than two dozen members of the Diem Association.” Diem noted that it has prioritized consumer safety, outlined a financial crime compliance framework and engaged with an interagency regulatory team about the project. 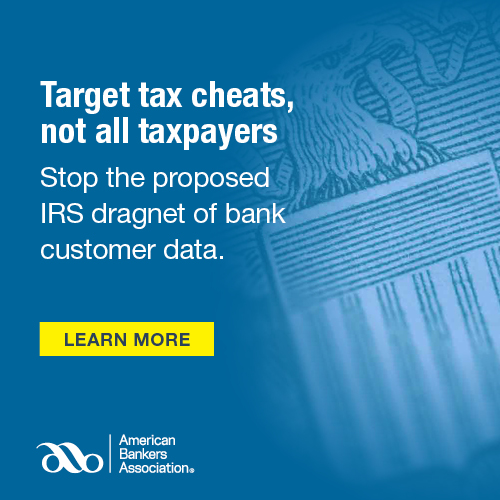 “Among the tech sector winners were Apple, which rose 1.2. percent, and software maker Adobe, which added 2.1 percent. Johnson & Johnson, the world’s biggest maker of health care products, rose 2.1 percent after raising its profit forecast for the year following the release of strong third-quarter earnings.”

DEMS PARE BACK PROPOSED IRS BANK REPORTING REQUIREMENTS — Our Bernie Becker and Ursula Perano: “The Treasury Department officially announced Tuesday that Democrats were narrowing the scope of a controversial proposal that would force banks and credit unions to give more account information to the IRS to help boost tax compliance. The new plan sets the threshold at $10,000, after discussions between congressional Democrats and the Biden administration, and would exempt certain income from wages or federal programs like Social Security.”

FED SEEN WELL BEHIND AS GLOBAL RACE TO RATE HIKES HITS OVERDRIVE — Bloomberg’s Edward Bolingbroke: “Compared with the rest of the world’s central banks, the market’s timetable for when the Federal Reserve will start raising interest rates looks positively subdued. Most others, with the exception of the European Central Bank, are expected to move at a far speedier pace. U.S. traders are now pricing a full rate hike into the Fed’s September policy meeting next year. But by that time, New Zealand’s central bank would have hiked five times, Canada’s three times and England’s four times, according to the interest-rate swaps market.”

FED’S BOWMAN SAYS U.S. LABOR MARKET COULD STRUGGLE TO RETURN TO PRE-PANDEMIC LEVELS — Reuters’ Jonnelle Marte: “The obstacles making it difficult for many women to work, combined with an increase in retirements, could hinder the labor market recovery and be a drag on the U.S. economy, Federal Reserve Governor Michelle Bowman said on Tuesday. Women with young children left the labor force at a higher rate than other workers and some are still struggling to find childcare they can afford, Bowman said. And many of the older workers who left the labor force during the pandemic, including a high share of women, may not return, Bowman said.”

WALLER: IF INFLATION DOESN’T COOL BY YEAR-END, FED COULD BRING RATE INCREASES FORWARD — WSJ’s Michael S. Derby: “Federal Reserve Gov. Christopher Waller said the central bank could move forward the timeline for raising short-term interest rates to restore price stability if high levels of inflation don’t start cooling soon, adding that he supports the Fed slowing its asset buying stimulus effort starting next month. Mr. Waller said in a virtual appearance Tuesday that when it comes to moving up what is now a near zero federal-funds rate target range, ‘the pace of continued improvement in the labor market will be gradual.’”

TREASURY WILL HOLD IMF CHIEF ACCOUNTABLE FOR INTEGRITY CHANGES — Reuters: “The second-ranking U.S. Treasury official told senators on Tuesday that the agency would hold International Monetary Fund Managing Director Kristalina Georgieva accountable for changes needed to safeguard IMF integrity in the wake of a World Bank data-rigging scandal. ‘We did not find that it was appropriate at this point to remove the (IMF) managing director,’ Deputy U.S. Treasury Secretary Wally Adeyemo told a U.S. Senate Banking Committee hearing.”

AS BITCOIN GOES MAINSTREAM, WALL STREET LOOKS TO CASH IN — AP’s Stan Choe: “Love cryptocurrencies or hate the very idea of them, they’re becoming more mainstream by the day. Cryptocurrencies have surged so much that their total value has reached nearly $2.5 trillion, rivaling the world’s most valuable company, Apple, and have amassed more than 200 million users. At that size, it’s simply too big for the financial establishment to ignore.”

A proposal in Congress would force financial institutions to provide details to the IRS on the inflows and outflows of any bank account worth $600 or more. While supporters say the proposal is aimed at reducing the tax gap by targeting wealthy tax cheats, this data dragnet would actually capture information from almost everyone with a bank account, not just those suspected of tax avoidance.

Everyone should pay their fair share of taxes, but this proposal goes too far and raises serious questions about Americans’ right to privacy—while damaging the hard-earned trust between banks and their customers. Tell Congress to oppose this misguided proposal and demand that the IRS focus on tax cheats, not all taxpayers.

It’s not too late to protect your financial data. Learn more about the issue and take action here.