Ether continues to struggle for a breakout above key resistance even as bitcoin, the crypto market leader, looks north after record daily close.

The native token of Ethereum’s blockchain is yet to take out the falling trendline drawn from May and September highs. Bitcoin cleared similar resistance two weeks ago and ended Tuesday above $64,000 – its highest daily close ever. 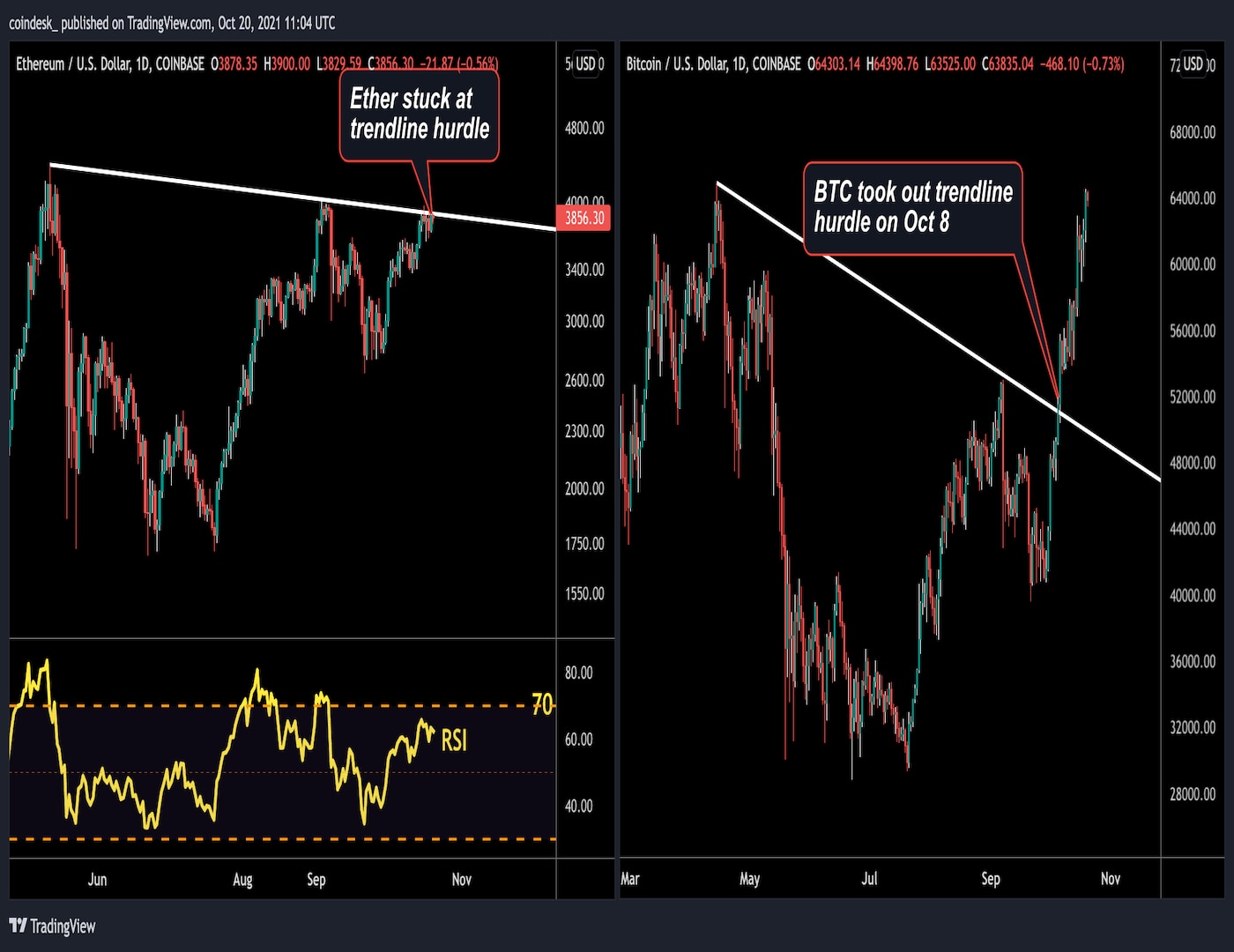 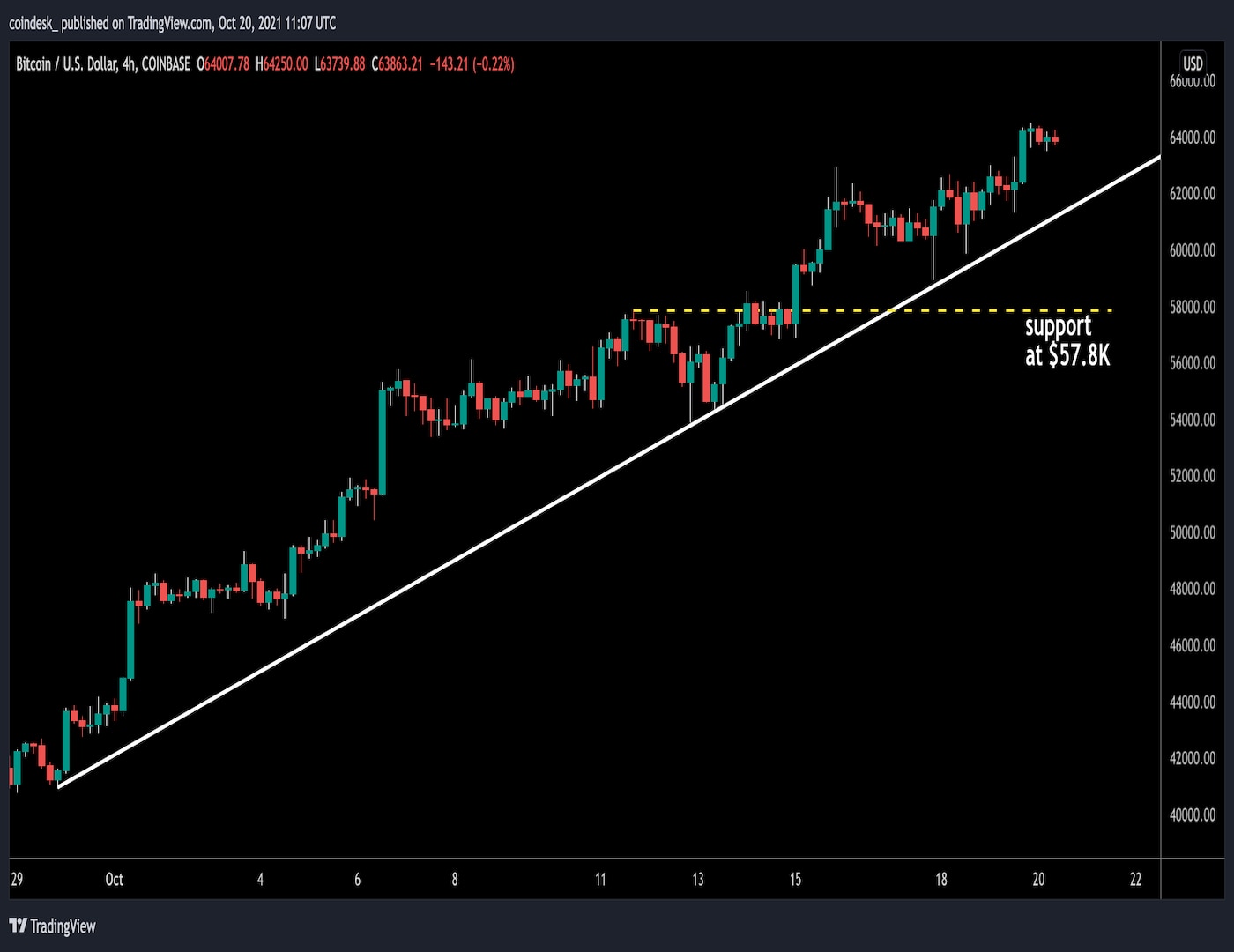