But now he wants to go global after recently integrating the Lightning Network, a Layer 2 payment product built on top of the Bitcoin blockchain.

Catanzaro developed Cafecito – the name is a Spanish word that refers to a small cup of coffee – when he was looking for ways to monetize the educational programming content he was publishing in his social networks, especially Twitter.

“I found that there were a lot of crowdfunding platforms from abroad, like Patreon. There was one in particular that focused on buying cafecitos named Buy Me a Coffee. The model was good, but there was nothing for Argentina,” Catanzaro recalled, given that the Y Combinator-backed Buy Me a Coffee was based in San Francisco.

Due to its lack of U.S. dollar reserves, Argentina makes it difficult to use platforms that must be funded with foreign currencies.

Within a week, Catanzaro developed an initial version of Cafecito, which only contained his profile and was linked to MercadoPago, the payments processor of e-commerce giant MercadoLibre, allowing people to send Argentinian pesos to the programmer. Its business model consists of charging 5% of the tip given to the creator, while the payment processor, MercadoPago, keeps another percentage of the total received, Catanzaro said.

“After launching the product, a lot of people started talking to me telling me they wanted to have a profile on Cafecito, and that’s when I became interested in the idea to see how it would turn out,” said Catanzaro, who left his other jobs as a programmer to dedicate himself full-time to the fast-growing project. 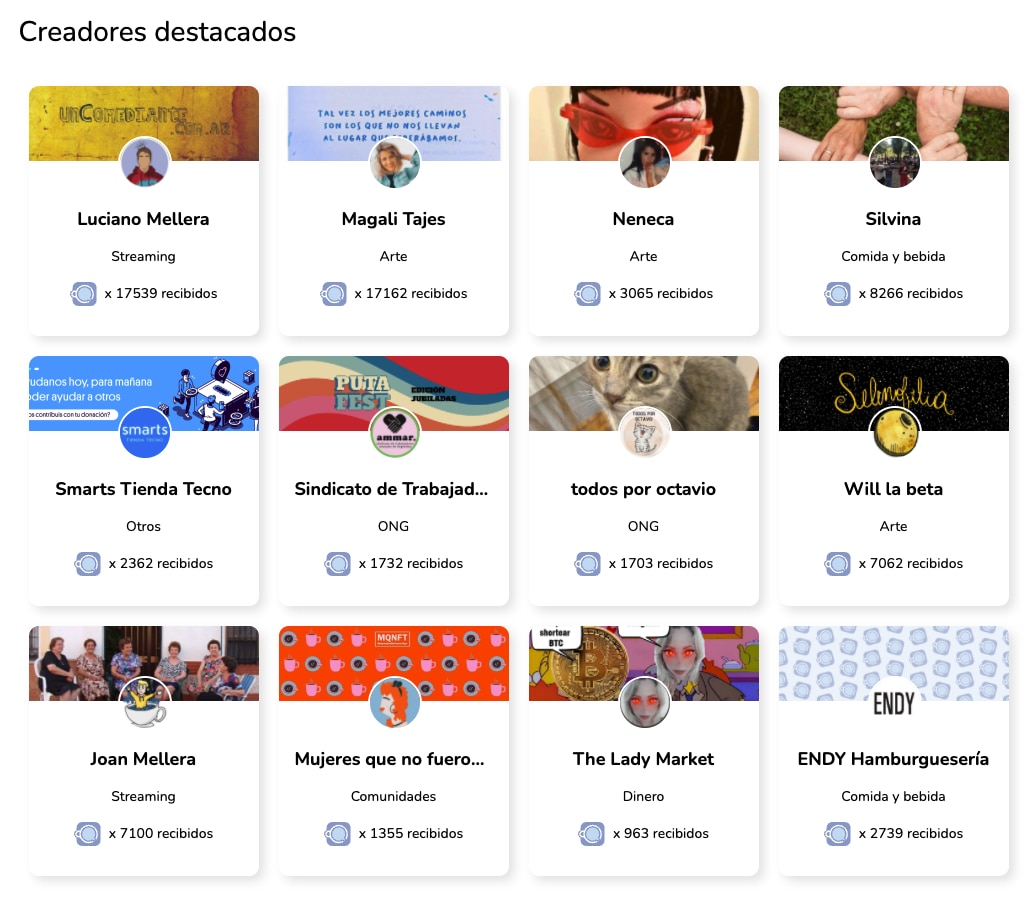 On May 29, 2020, Catanzaro launched the first version of Cafecito for the public. “From that day on, the platform started to grow a lot, every day,” he said. Since January of this year, it has recorded monthly growth of 30% and currently has 300,000 users.

However, a new world opened up for Catanzaro last week when he integrated the Lightning Network into the platform by enabling a worldwide market for his platform.

Cataranzo first came up with the idea in 2020, but didn’t implement it until this month. The first time he came to Lightning Network, he discovered “a huge, gigantic world already developed with payments.”

Catanzaro decided to use the Open Node platform to integrate the Lightning Network, which he did himself.  “I already made the first demo and next week I will open a beta for 1,000 users,” he said.

“The whole crypto ecosystem, most of all the bitcoin ecosystem, thanked me, and a lot of non-crypto entrepreneurs also told me that the development was really cool. It’s something that didn’t exist. The response was super positive,” he said.

According to Catanzaro, none of his potential tipping competitors from abroad have integrated crypto payment options. And while Twitter recently introduced a feature where users can easily tip each other in bitcoin via the Strike payment network, Strike is only available right now to people in the U.S. and El Salvador.

“It’s a long way to go before it’s a worldwide thing,” Catanzaro said of tipping in crypto on Twitter.

Nevertheless, when Catanzaro first heard news of Twitter’s tipping feature, he thought Cafecito could be brought on board with that initiative. “In fact, I sent an email to several people at Twitter to see if they would be interested in collaborating and integrating Cafecito as another option. I have not received any response yet,” he said.

So far, the programmer has not spent a dollar of advertising on Cafecito. “It was like a snowball. When someone joins, they share it on social networks and it is seen by someone who is interested in the project. And they end up coming to the platform organically,” he said.

Catanzaro plans to expand Cafecito’s model throughout Latin America during 2022 so that people in the region can use the platform to tip creators with local means of payment rather than U.S. dollars.

“There is a lot of paperwork and bureaucracy to open companies elsewhere, but next year everything will be ready for expansion,” said Catanzaro, who identified Mexico as the first country outside Argentina where Cafecito will launch.

Before he integrated Cafecito with the Lightning Network, Catanzaro was planning for Cafecito to be a regional player. “But bitcoin is going to be global,” he said, adding that now he intends to translate the platform into English, although the name, Cafecito, will remain the same.

In the future, Catanzaro plans to make Cafecito a social network, where people can not only leave a tip but also follow users and comment or like posts on walls.

Given the platform’s growth, many venture capitalists have approached Catanzaro, but he has declined offers, arguing that the platform generates enough funds to keep growing via bootstrapping.

“I don’t need a big capital injection. I could take it, but I’m not interested,” he said. “I like to follow this path. I think it’s the right one.”