Polkadot price has struggled to successfully rise past the high probability reversal zone for over a month now. The recent attempt to shatter it failed, leading to a local top on October 12. Since then, DOT has been on a downtrend and is likely to continue heading lower.

Polkadot price set up three swing highs between September 7 and October 10. However, the most recent one failed to retest the  70.5% Fibonacci retracement level at $38.30, leading to an 11% pullback to where DOT currently stands.

While this downswing was likely, investors need to watch for an extension of this correction, causing a retest of the 50% Fibonacci retracement level at $30.14. Such a move will allow Polkadot price to produce an equal bottom and give the uptrend another go. 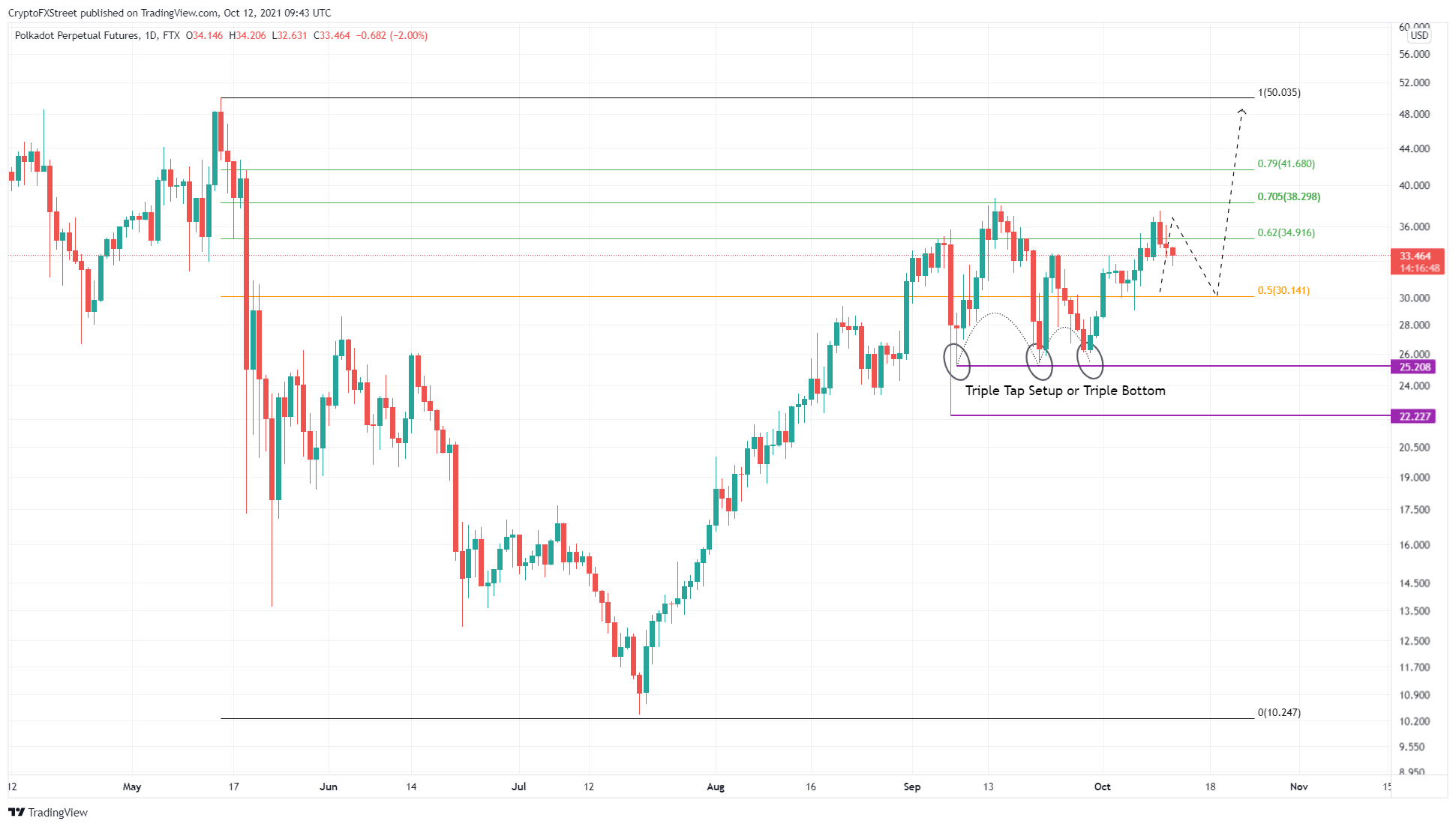 A 10% retracement to the 50% Fibonacci retracement level at $30.14 might seem unlikely. DOT has a chance to reverse its trend quickly, especially if BTC fails its display of power. In that case, altcoins, including DOT, have a chance to prove themselves.

Polkadot price will invalidate the bullish thesis if it fails to hold above the $29.14 support floor. This move might result in a retracement to the $25.21 or $22.23 footholds.