The College has recently added caste to its nondiscrimination policy. With this, Colby has become the second educational institution in the nation to recognize caste in its policies.

“I hope this will be a model for other schools,” said Sonja Thomas, associate professor of women’s, gender, and sexuality studies, who spearheaded efforts to revise the College’s policy. “What a ripple effect that could be.”

Like racism, casteism is a form of descent-based discrimination, where one’s family background determines to which caste they belong at birth. For the rest of their lives, caste then serves as an unchangeable marker of status and access. It defines major life events, such as who one can marry, and those with caste power can be gatekeepers of access to high-paying status jobs.

Often visualized as a pyramid, those in the dominant caste, or at the pyramid’s top, have access to opportunities aided by generational accrued wealth. But moving down, opportunities shrink for lower castes, especially for Adivasis (indigenous people of South Asia) and Dalits (the most oppressed in the caste system) as they’re seen even lower than the lowest caste. Similar to racism, dominant castes systematically oppress Dalit Bahujan (oppressed castes), whether by segregation, violence, or discrimination.

Colby becomes the second educational institution in the U.S. to recognize caste in its policies. (Photo by Gabe Souza)

“One of the major misconceptions is that caste is this weird ancient thing tied to Hinduism that happens elsewhere,” said Thomas, whose scholarship focuses on caste and Christianity. She explained that although Hindu texts refer to caste, it “happens across religions,” including Christianity, Islam, Sikhism, and across South Asian countries and diasporas, also in other countries and here in the U.S., especially in the tech industry and academia.

Most people of South Asian descent in academia, including American professors like herself, Thomas explained, are from the dominant caste. But increasingly, students enrolling nationwide represent other castes, she stressed. “[Caste] discrimination has an impact on students—both South Asian Americans and other races too—in higher education and their learning.”

In educational institutions, casteism can manifest itself in many forms, such as discriminatory jokes and slurs, exclusion in the classroom or in social groups and networking, and access to housing. But these incidents are often unreported for various reasons. Some people fear being outed, which might lead to further social isolation. Or they can face challenges when filing a complaint as caste isn’t a protected category in American state and federal laws and policies.

Seeing a need to acknowledge caste as a protected category at all universities, Thomas began to push for it at Colby. She teamed up with Visiting Assistant Professor of Anthropology David Strohl and Dean of Diversity, Equity, and Inclusion Tayo Clyburn.

Their efforts were met with a positive response.

“We’ve only had support from the administration,” she said, referring to Margaret McFadden, provost and dean of faculty, and Richard Uchida ’79, vice president, general counsel, and secretary of the College. Student groups like the South Asian Society were also on board. To garner further support and inform the community, Thomas holds teach-ins to explain caste.

“It’s phenomenal when we have community members who are passionate, invested, and willing to collaborate so that Colby can become much closer to the place that we want it to be,” said Clyburn. Supporting Thomas’s efforts, from identifying the need to integrating the category into policy, was a dream come true, he said, as a diversity, equity, and inclusion professional.

Colby’s decision to take this proactive step was also ideal, he believed, because of the school’s increasingly diverse population.

“We have to be reflective on our policies and practices as an institution,” he said, “to make sure that we have the appropriate policies in place that really support the development of an inclusive community.”

Colby is a private, coeducational liberal arts college that admits students and makes personnel decisions on the basis of the individual’s qualifications to contribute to Colby’s educational objectives and institutional needs. The principle of not discriminating on the basis of race, color, age, sex, sexual orientation, gender identity, religion, pregnancy, parental or marital status, national or ethnic origin, caste, political beliefs, or disability unrelated to job or course of study requirements is consistent with the mission of a liberal arts college and the law. Colby is an affirmative action/equal opportunity employer and operates in accordance with federal and state laws regarding nondiscrimination.

Colby complies with Title IX, which prohibits discrimination on the basis of sex in educational programs and activities. Questions regarding Title IX may be referred to Colby’s Title IX coordinator or to the federal Office of Civil Rights. In compliance with the Clery Act, which requires Colby to disclose campus crime statistics, you will find Colby’s Annual Safety, Security, and Fire Safety Report at www.colby.edu/securitydept. 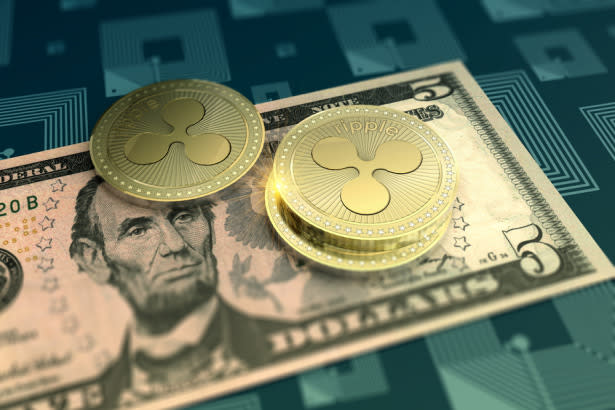 Ripple Continues Its Asian Dominance Despite Regulatory Challenges In The US

XRP Price Prediction: Ripple Rolls Down The Runway Preparing For Ultimate Takeoff To $1