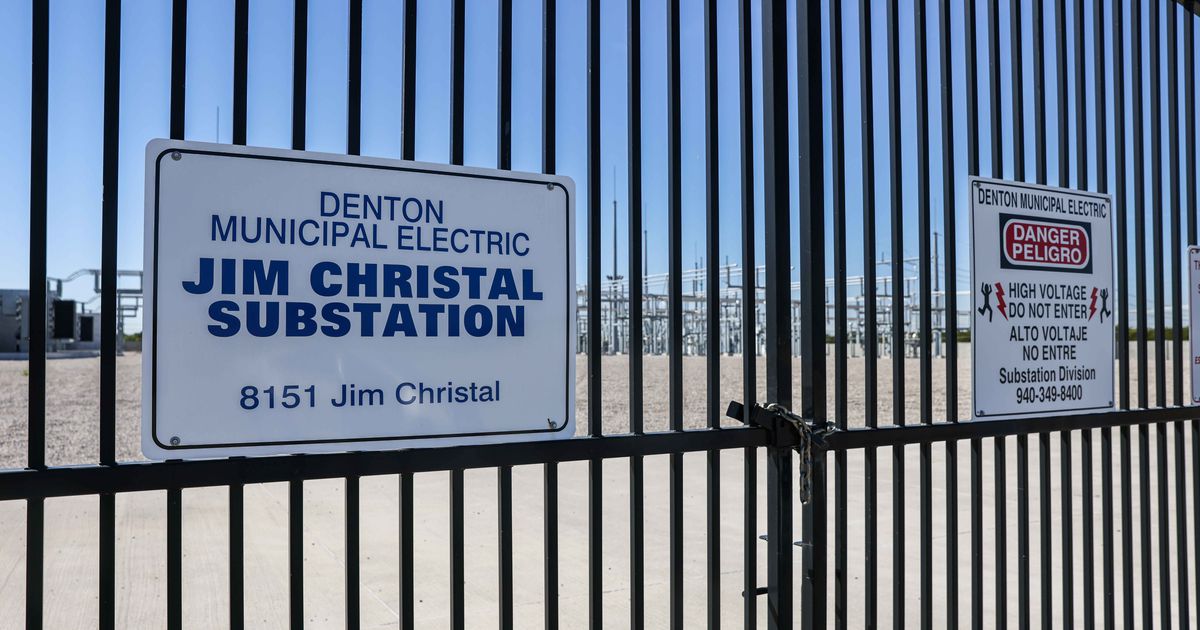 
The City of Denton has leased 31 acres of vacant land next to its gas-fired energy plant to a cryptocurrency mining company. You may not have heard this because most public documents in the deal refer to the venture only as a “data center.”

The secretive agreement requires that no news releases be sent out describing the deal, unless special permission is given. So far, that hasn’t happened. The Watchdog will fill you in.

City officials say that when the operation opens in the coming months, the amount of electricity used by Denton Municipal Electric customers will suddenly double. That’s how much electricity the new facility’s powerful computers and cooling systems will use every day – an amount equal to what the city-owned utility already sells.

Officials say it will stabilize rates for all its customers and not put any further strain on the fragile Texas electric power grid. In the event of a power emergency, crypto mining businesses can power down immediately and send unused power to grid operator ERCOT to help replenish the power supply. In return, crypto companies are paid by ERCOT for this assistance.

The company involved, Core Scientific of Bellevue, Washington, wants to maintain a low profile. After I sent an inquiry to the company, its public relations firm contacted me to ask when this story would run. The company did not take questions about the project.

I can’t tell you the financial details of the deal because important numbers are withheld from public view. City officials say information relating to public power utility plants is allowed to remain confidential under the state public information law.

Here’s what The Watchdog has learned: The city’s agreement allows the company to run crypto mining operations on city property for seven years with an option to renew for seven more.

The city could earn up to $4 million a year from sales tax and franchise fees, Denton Mayor Gerard Hudspeth told me.

Denton Municipal Electric [DME], the city-owned electricity utility, will earn up to $8 million a year through additional but unspecified fees built into the contract, DME general manager Tony Puente told me.

That money will go to pay back loans the city took out after the February freezeout caused exceptionally high energy costs, Puente said. Because of this new deal, customers will not see their rates go up, he said.

The mayor said the deal should allow the city to lower its property tax rate, pay for more police officers and fund environmental projects.

“We have a surplus budget because it [the deal] passed,” the mayor said proudly.

In public meetings, some city council members raised valid questions about the environmental impact and the strain it could put on the state electricity grid. The mayor said the city will monitor the impact using funds from the city’s sustainability fund.

City staff has tried to reassure elected officials that the steady electrical usage of the plant adds predictability to the grid because the same amount of power would be used each day. They say that’s good for the grid’s stability.

Thanks to China’s decision to expel the cryptocurrency industry, Texas is a hot destination (no pun meant there).

Lee Bratcher, head of the Texas Blockchain Council, a trade association for the burgeoning industry, coined a slogan: “Texas is bitcoin country.”

He said the Denton deal is the first in the state where a company is leasing city-owned land near a power plant.

The setup is that temporary structures will be placed on concrete slabs. The structures, which look like shipping containers, will house hundreds of high-powered computers costing up to $15,000 each.

The structures will be air conditioned with additional loud whirling fans to help keep the computers cool.

Core Scientific expects to hire only 16 people to run the facility 24 hours a day.

In crypto mining, computers constantly race other computers to crunch numerical patterns in the hope of latching on to a financial transaction. When it works, the financial reward can be great and the earnings count towards a valuable bitcoin. Even though the value of bitcoins fluctuates, it’s often high enough to make these mining operations practical.

It’s hard to imagine that one mining operation can use as much electricity as DME’s 53,000 customers.

Texas seems like a strange place to attract the growing industry, if for no other reason than the hot and humid weather.

He said many companies being forced out of China end up in countries with cold, dry weather such as Iceland or Sweden.

Crypto companies, he said, “should be treated like any other consumer of electricity, and if they can make money doing that, I’m not sure there’s any cause for concern. …If somebody wants to buy the energy there should not be any question about what it is being used for.”

However, he criticized the confidentiality of these kinds of deals.

“The industry is pretty transparent,” he said. “There’s very little trade secrets among bitcoin miners. They’re all just plugging in specially built hardware, and it’s all doing exactly the same thing. I’m not sure there are any proprietary secrets that you want to keep people from finding out.”

Yet in the city ordnance approving the deal, the city says it is withholding information because it contains “competitive electric commercial and financial information… which could provide an advantage to competitors.”

The city’s agreement with Core Scientific states, “Neither party shall issue any press or publicity release … or disseminate any information with the intent that such information will be published.”

Besides, a “data center” sounds so much less threatening that a bitcoin mine.

And this one project might not be the end of it.

Denton Mayor Hudspeth told me, “There’s more of these. There’s another one being considered in a different part of town with the potential to double [usage]. Instead of $4 million next year, we could potentially get an increase on that. That fixes a lot of roads and really helps the city get back on solid ground.”

When I asked Denton Electric GM Puente about the mayor’s comment, he laughed and said, “Wow, the mayor didn’t hold anything back.”

Two mines in Denton would help turn the city into a crypto capital of Texas.

.Become a citizen of Watchdog Nation.

Join Dave Lieber and learn to be a super-consumer.

Subscribe: PLEASE support The Watchdog’s brand of straightforward journalism designed to save you time, money and aggravation. Treat yourself to a digital subscription (and make him look good!) by using the special Watchdog code: https://www.dallasnews.com/subscribe/watchdog-1

Watchdog Home Page: You can’t afford to miss The Watchdog’s two reports each week. Follow our latest reporting always at The Watchdog home page which features all recent columns.

The Dallas Morning News Watchdog column is the 2019 winner of the top prize for column writing from the National Society of Newspaper Columnists. The contest judge called his winning entries “models of suspenseful storytelling and public service.”

* Helping the widow of Officer J.D. Tippit, the Dallas police officer killed by Lee Harvey Oswald, get buried beside her late husband 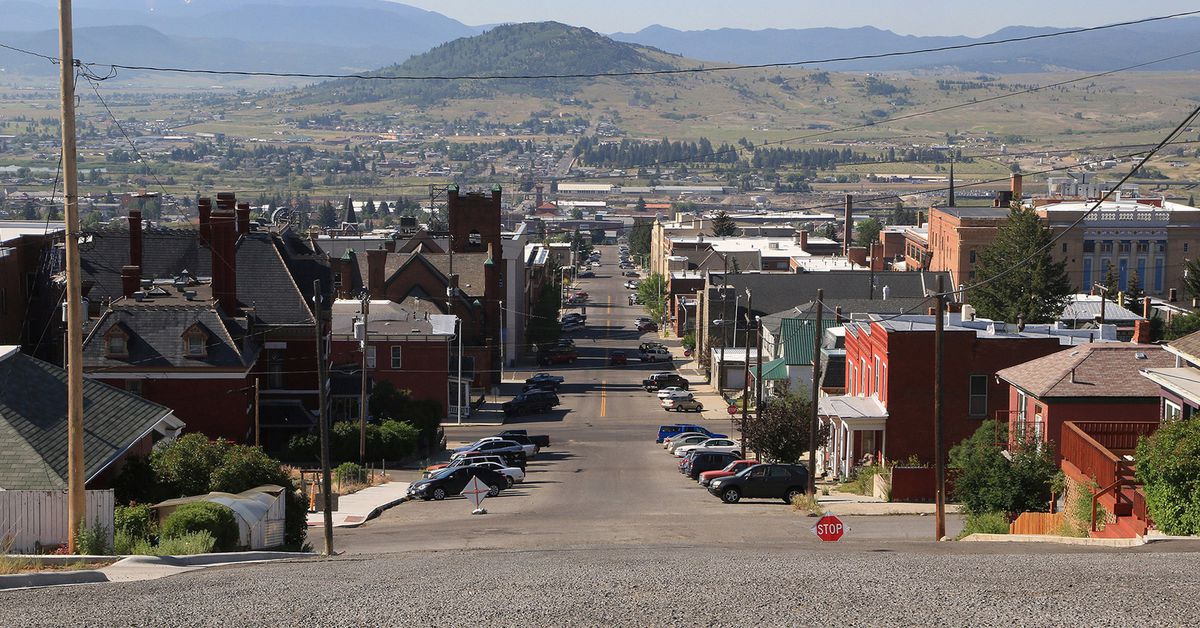 Bitcoin mining gets easier with drop in hash rate: Why it is important to mind the environmental cost- Technology News, Firstpost