She has worked with three UN leaders, four US presidents and five British prime ministers, but German Chancellor Angela Merkel is about to depart from the world stage — leaving big shoes to fill in global politics.

Despite the implications for Germany’s place in the world, there is widespread dismay at how little the election campaign has touched on foreign policy.

Watching the final TV debate last Sunday, voters were unimpressed by the total absence of questions on the EU or international affairs.

“Sorry, dear European friends and partners out there, we are unfortunately too busy navel-gazing,” said Jana Puglierin, a researcher at a Berlin policy institute, during the debate.

Norbert Roettgen, a foreign policy specialist who stood unsuccessfully for the leadership of Mrs Merkel’s party, said the lack of discussion was seen with “head-shaking and incomprehension” by Germany’s EU allies.

“We cannot seal ourselves off in a globalised world,” he said. “That means we have to actively defend our international interests.”

Often conspicuous as one of the few women at major summits, Mrs Merkel is largely admired by voters abroad.

This is despite bitter criticism of some of her decisions, such as her treatment of debt-ridden Greece and her decision to open Germany’s borders in 2015.

A poll published in the final days before the election showed her enjoying high approval ratings among voters in Britain, France, Italy, Canada and the US, although notably not Greece.

Germany was widely regarded as having handled the Covid-19 pandemic well, although her cautious policy has sometimes led to dissent at home.

“In most places surveyed, trust in the German Chancellor has never been higher,” said pollsters at Pew Research.

All of them are fundamentally pro-EU, pro-Nato moderates, but there are differences between them on issues such as Russia and China.

The crisis in Afghanistan briefly seized Berlin’s attention, with the far-right Alternative for Germany (AfD) stoking fears over immigration and asylum.

It has slipped down the agenda since military evacuations ended in Kabul — to the frustration of Afghans in Germany trying to get friends and relatives out.

When candidates talk about Nato, it is often in the context of post-election coalition talks and whether they should involve a small anti-Nato party, Die Linke.

But the future of the alliance will be a key subject for the next chancellor as Europe seeks more military autonomy from Washington.

“Without full German assent, building ‘hard power’ instruments for the EU will simply not happen,” said analysts Sophia Russack and Daniel Gros of the Centre for European Policy Studies.

“How the new government pivots towards Europe … will present a telling sign on how committed Germany remains to its role as the unofficial leader of the EU.”

Also in Berlin’s foreign policy in-tray are its presidency of the G7 next year, its role in the Libyan peace process and the future of a gas pipeline with Russia.

Experts behind the Munich Security Conference issued a wishlist of no fewer than 15 demands for the next German government.

They include creating a national security council, taking a more pragmatic stance to Russia and deepening EU security ties.

Mr Laschet and Mr Scholz stopped by France’s Elysee Palace during the campaign to visit Mr Macron, who may see his influence in the EU rise as Mrs Merkel leaves after 16 years.

Meanwhile, Ursula von der Leyen, the head of the European Commission, will lose an ally in Mrs Merkel whom she served as defence minister before moving to Brussels.

“When she starts to speak at the European Council, a lot of people are often still looking at their iPhones,” said Dutch Prime Minister Mark Rutte in May.

“But then they all put their iPhones away. Pens are put down. And we listen to her. She has enormous authority.”

And her summitry is not quite done yet. With coalition talks looming that may be messier than ever, many expect that her successor will not be in office before the turn of the year. 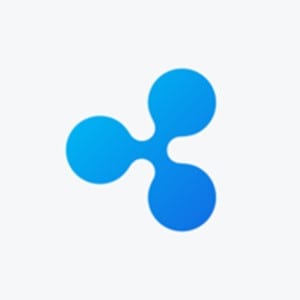