The price of Chia Coin met an untimely drop recently. This has pushed cryptocurrency miners to sell their second-hand SSDs at absurd prices.

While many bundles are available in the market at the moment, the users could prefer going to a direct seller to avoid the huge cost.

It turns out that Chia crypto miners are exploiting the sudden plunge of the cryptocurrency.

Buyers Should be Warned Against Overpriced SSDs 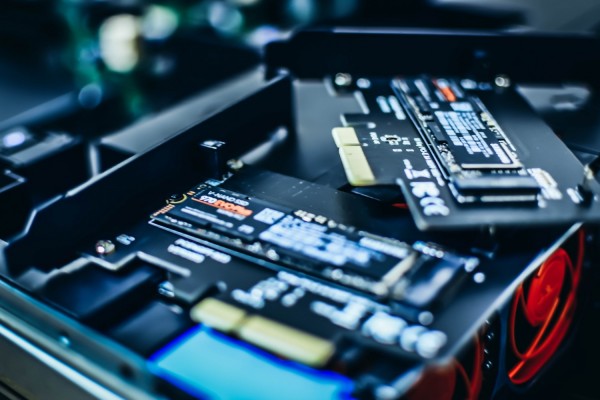 (Photo : Marc PEZIN from Unsplash)
After the Chia coin’s price crashed, cryptocurrency miners are selling their worn-out SSDs to the marketplace. Buyers are warned about this rampant issue.

This month, the cryptocurrency usually sits over $250.

In a Facebook group that has more than 5,000 Chia traders, one admin has observed a change of scene.

According to Hoang Trung, a group admin of the Chia Coin Facebook group, there was a surge of Chia miners who were selling used HDDs and SSDs.

“The fluctuation of Chia prices has urged investors to sell their hardware at a loss, with sellers outnumbering buyers,” Trung said.

For those who want to buy a good SSD, you might want to go to the trusted sites, but be warned that on eBay, it could be a different scenario.

Many sellers on the platform continued to sell their old hardware to gain a big profit. Somehow, others might be hooked to a pristine hard drive with a reasonable price.

Some people have no idea that these drives have been used many times. What’s worse is that other buyers think that a good-looking SSD can still function despite some unseen problems.

As per Chia’s post, it takes 256.6 GB for plotting to happen. The process tackles temporary storage that could compress data into a finished product.

In line with this rampant selling of worn-out SSDs, Extreme Tech recommended the users only go to trustworthy sellers. According to the tech site, it is still safer to buy new than to go to an online marketplace.

For this reason, the site laid out two processes before purchasing your ideal SSD for your computer.

First, the customer should ask the seller for the necessary information about the product. Things such as the date of purchase, its purpose, and even its photos can be a big help to assess whether the seller is legitimate.

The second step is testing the reporting tool of the hard drive. You can check there how much space is left in the SSD or how many hours it has been used before.

Over time, the capability of SSDs and HDDs would decline. It’s better if the users would follow this two-step process to ensure that he/she will buy new hardware.

Read Also: China Cryptocurrency Crackdown: Experts Say that Crypto Mining Would Be ‘Lucrative’ After Decrease In the Number of Miners

Earlier in August, those customers who wanted to purchase GPUs were warned since many miners sell their “very used” graphics cards.

It was indicated in the report that the average performance of the GPU decreases by 10% every year. This is because the miners abuse the hardware 24/7.

In July, another crypto mining issue focused on the allegations surrounding the computers. It was found out that 1,000 PCs were destroyed because they were stealing electricity.”