Solana is soaring yet again after music streaming platform Audius announced integration with the network’s non-fungible tokens platform. The move will showcase Solana Program Library (SPL) NFTs alongside the Ethereum network’s ERC-20 collectibles. NFT sales on SPL surpassed $60 million in the past week alone ($3.12 billion annualized). There are over 5 million monthly active users on Audius. Solana is a popular hub for building decentralized applications (dapps). 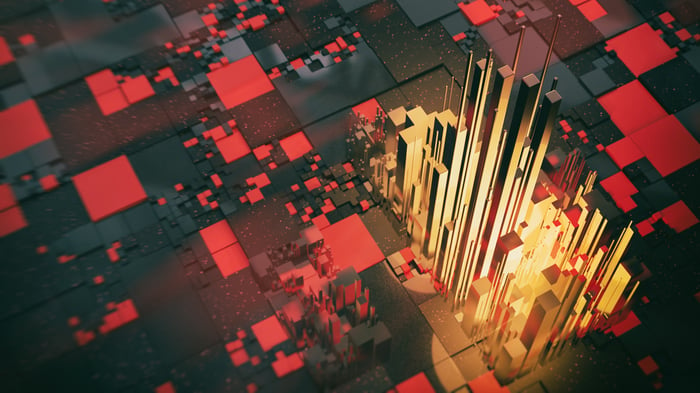 As for Polkadot, decentralized finance (DeFi) platform Cream Finance announced Thursday that it would integrate its borrowing and lending services with Polkadot’s Moonbeam smart contract network. Smart contracts enable users to pledge their cryptocurrencies to take out asset loans without the lender worrying about the risk of default or the borrower worrying that the lender will take the funds and make a run for it. Total value locked on Cream Finance recently surpassed $1 billion. Polkadot enables custom, project-specific blockchain parachains to utilize its main network and its vast user base to process transactions.

Finally, Chainlink is having a fantastic week after Optimistic Ethereum, an organization dedicated to scaling the capacity of Ethereum, integrated itself with the Chainlink network. Chainlink is a decentralized oracle token that allows smart contracts on the blockchain to execute based on external data feeds. It is valuable for tasks such as determining loan collateralization or option settlement and many more.

NFTs have soared in popularity due to investors figuring out their generous tax treatment when given out as donations. Trading volume on just one NFT marketplace, opensea.io, surpassed $1 billion in August.

DeFi is also bringing the practice of asset loans to the everyday investor, which was previously only available to high-net-worth individuals. With this setup, investors can take out a stablecoin loan and then convert it to fiat currency to cover emergency expenses instead of selling their cryptocurrency to make up for the difference. One such popular protocol, Aave, has surpassed over $20 billion in loan volume.

Oracle tokens like Chainlink play a critical role in expanding the functionality of dapps. The total volume of transactions on gaming, finance, social network dapps, etc., on the Ethereum network has already surpassed $150 billion at an annualized rate. Its founder, Vitalik Buterin, has publicly praised Chainlink for its ability to take smart contracts to the next stage.

A few years ago, the DeFi industry was essentially nonexistent as blockchain technology back then existed solely for peer-to-peer electronic cash transactions. Today, it is an $80 billion industry and is projected to 10-bag over the next year. Due in part to cryptographic protection, developers can innovate faster than regulations can catch up. Where such technology will take us remains to be seen, but know that now’s the golden age to be investing in these altcoins.