Kelly Wood is one of the best all-around athletes to ever grace a court or field at Forbush High School. While at Forbush, Kelly picked up four letters each for volleyball and soccer, and one for basketball, swimming, and track. Her accolades in volleyball were beyond outstanding, receiving not one, but two conference player of the year awards, multiple all-conference recognition, MVP honors, and a Coaches’ Award. Kelly’s competitive attitude drove her to never settle for the mediocre. She inspired those around her and became an outstanding leader on the court. In 2008, after racking up numerous awards in all the sports she played, Kelly earned the highest senior honor for a Forbush female athlete – the Female Falcon of the Year. Kelly’s intense inner desire to succeed, along with her hard work and dedication contributed to her success as a high performing athlete. Kelly went on to play collegiate volleyball at NC State and is one of eight Falcons to ever play in the Atlantic Coast Conference. Kelly currently holds the record for all time digs at NC State. Her athletic success did not end in college, as Kelly has gone on to play in the AVP Volleyball Pro Beach Tour.

Lawrence Greene was born in 1953 and grew up in Yadkinville. He entered Forbush High School as a member of the class of 1971, the first class to attend Forbush for all four years of high school. He played on conference championship teams in football, basketball, and baseball during his career. The baseball team finished second in the state 3A championship his senior season. He had multiple games with over 20 strikeouts that year, including 28 in a 12 inning game. He was also selected to play in the North-South Shrine Bowl football game in 1970. Following high school, he chose to continue his athletic career on the baseball field and accepted a scholarship to attend Pfeiffer University. He was a four-year starter as a pitcher and outfielder and obtained his degree in Accounting and Finance. Following college, Lawrence obtained his CPA and CMA certifications and had a successful career in corporate finance for many years. He is one of the founding owners of Diversified Foam in Yadkinville and still actively works each day. Lawrence has two children, Chad and Laura. Both were outstanding student athletes at Forbush High School and Western Carolina University, and the University of North Carolina-Chapel Hill, respectively.

It is not often a school can boast about a graduate who is internationally respected in their profession, but Clare Shore is just that. After graduating from Forbush High School in 1972, Clare attended Wake Forest University earning a Bachelor’s of Arts degree, cum laude, with Honors in Music, in 1976. She then continued to study composition under several renowned composers while attending the University of Colorado at Boulder, obtaining a Masters in Music degree in 1977. As Clare immersed herself in conducting and composition, she became only the second woman to earn her doctorate at the world-famous Julliard School. Clare has received numerous awards, accolades, and honors for her compositions. She and her music are known and enjoyed internationally. Over the years, she shared her love of music by teaching at several well-respected schools such as the University of Virginia, George Mason, The Manhattan School of Music, and The Julliard School to name a few. Clare has received critical acclaim for her works with reviewers from the New York Times, Boston Globe, and Washington Post, praising her works as “provocative”,”ingenious”, “evocative”, “intriguing”, and ”romantic to the core”. While Clare Shore’s success will forever be known worldwide, Forbush High School is proud to call her a Falcon.

Coach Jim Logan did it all at Forbush High School for many years, 42 years to be exact. He was a teacher, varsity basketball coach, golf coach, tennis coach, assistant football coach, driver education instructor, and Director of Driver Education for Yadkin County Schools. What many people do not know about Jim, is that he was and is an exceptional athlete. He played varsity basketball all four years at Yadkinville High School. As a senior he averaged 28 points a game, and scored 46 points and 48 points in two regular season games. Jim went on to play college basketball at East Tennessee State University where he found great success. He also came in second in the World Amateur Golf tournament out of 3,000 participants. Jim went on to play at the National Senior Games in Louisville, Kentucky after placing first in the North Carolina Senior Games. Coach Logan has had 12 hole-in-ones in his golf career, which is on par to being an “unofficial” Yadkin County record.

Debra Ashe, a graduate of Greensboro College, began her teaching career at Forbush High School in 1974. She taught French and Civics her first two years and then French for the rest of her career. To say she loved teaching French at Forbush is an understatement, as she spent forty years teaching it to many Falcons. She served as the sponsor for the French Club, French Honor Society and the Department Chair for the foreign language department. For years Debra took many students to France to experience the culture firsthand. She also sponsored French speaking exchange students from Canada. During her many years at Forbush, she served as National Honor Society Advisor, Chair for Senior Sponsors, and Coordinator for Junior Marshals. She was loved by her students and colleagues and was honored with a Yearbook Dedication and Teacher of the Year Award. Debra officially retired in 2014 but has continued her association with Forbush as a substitute teacher.

Johnny was born in 1951 and grew up in Huntsville where he attended Courtney School. He then attended Forbush High School as a junior when the school first opened in 1967. He was a two sport athlete, excelling in basketball and baseball, earning the 1969 “Falcon of the Year” honors as Forbush’s top male athlete. He was Forbush High School’s first Moorehead Scholarship Nominee in 1969. Johnny earned a baseball scholarship to Appalachian State University and played at ASU in 1970, 1971, and 1972. He was drafted by the Chicago White Sox in 1972 in the ninth round of the Major League Baseball Draft. Johnny left ASU after his junior season, and made it all the way to the Double A in Minor League baseball. He was 10-2 his first year in A-ball and ended his minor league career with a .684 winning percentage and a lifetime ERA of 3.21. He played professionally for three years. Since his playing days, Johnny married his college sweetheart, Nancy and moved to Clemmons where he worked in banking until retirement. Through the years, he has been a longtime supporter of ASU and Forbush Athletics. On any given afternoon, you can catch him watching a game from the stands in Boone or East Bend.

A Yadkin County native, Dr. Herman Norman joined the first wrestling team at Forbush High School during his junior year under legendary coach and teacher Gary Tally. After graduating in 1969, Norman matriculated to Appalachian State University where he earned degrees in Heath and Physical Education (1973) and School Administration (1975). Norman started teaching and coaching in Wayne County, before returning to his roots to become the Wrestling coach at Starmount High School in 1980. In 1986, Norman transitioned to Wilkes Community College. Here he started a wrestling team without any scholarships that soon became one of the top junior college programs in the country. Norman was named N.C. USA Wrestling’s Coach of the Year in 1989 and Person of the Year in 1990. He was named NJCAA Regional Coach of the Year in 1991 and 1992, and the NJCAA National Coach of the Year in 1992. In 1992, Norman moved into school administration, where he would serve in for the next 23 years at schools in Guilford, Yadkin, and Wake Counties in addition to Horry County, S.C. He was named Principal of the Year in 1997 and 1998, and Region XII Principal of the Year in 1998. Norman is the second-longest tenured principal in the history of Forbush High School. 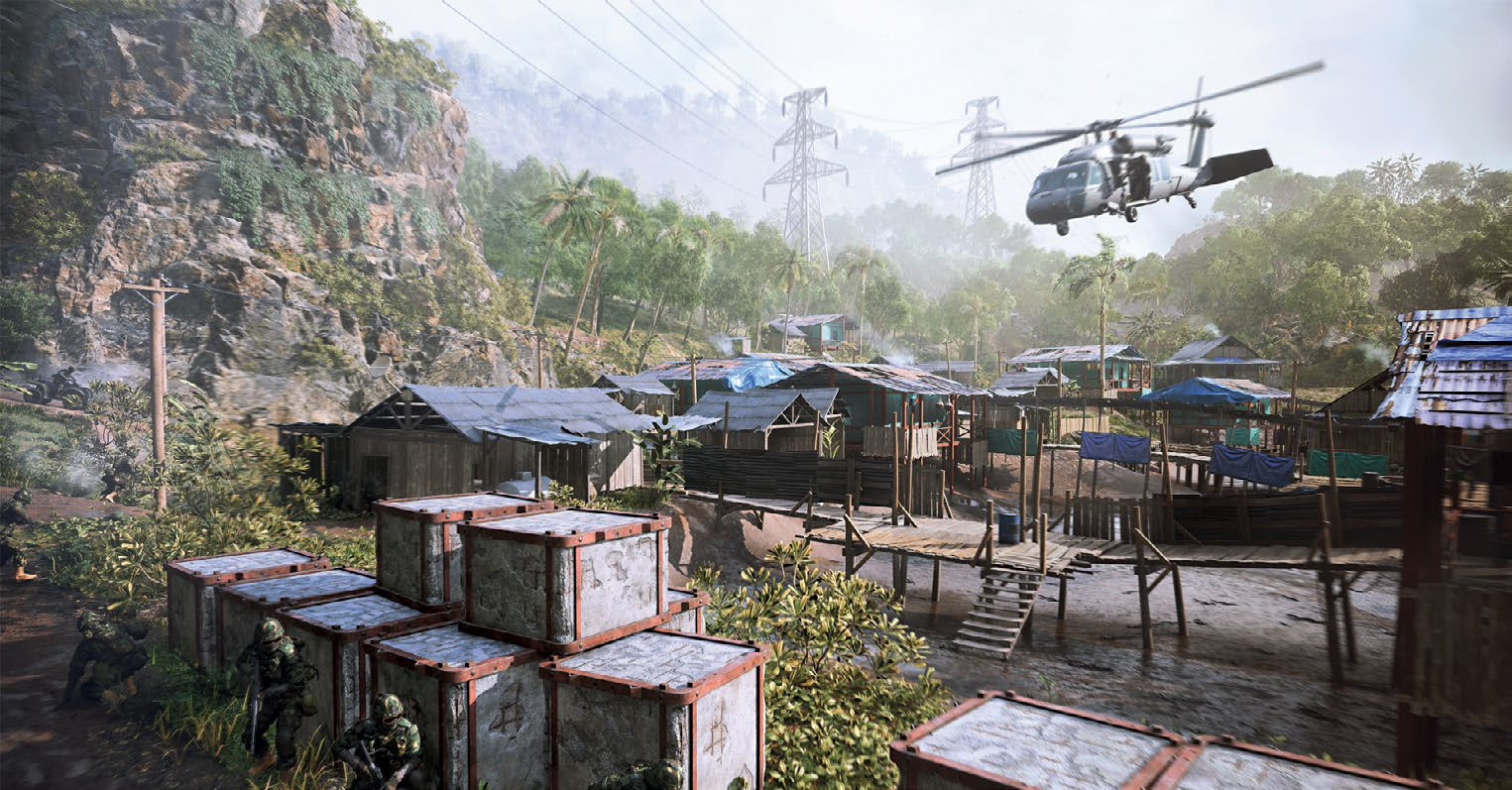 Battlefield Portal: Anybody Can Be a Builder Is the Goal Says Devs 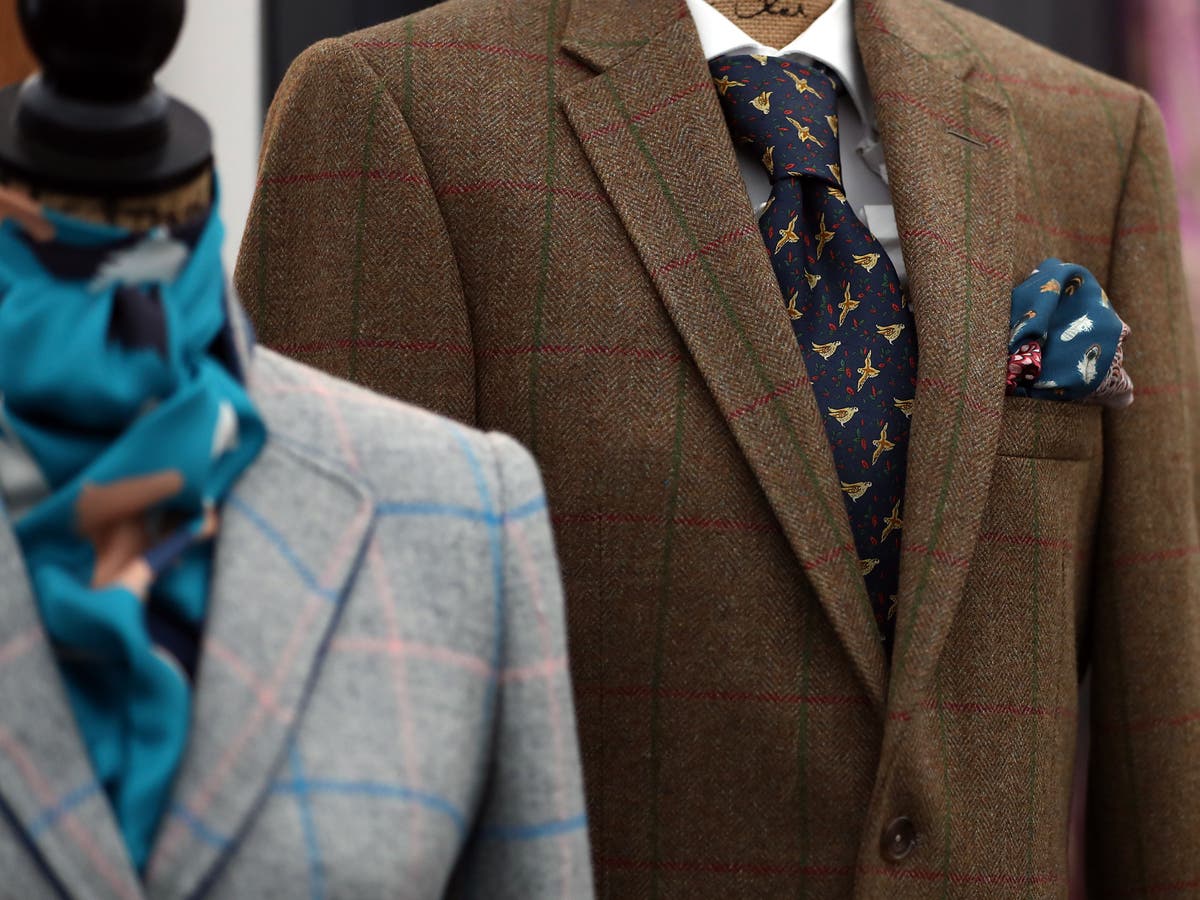 Editor’s Letter: The economic ripple effects of the pandemic stretch far and wide