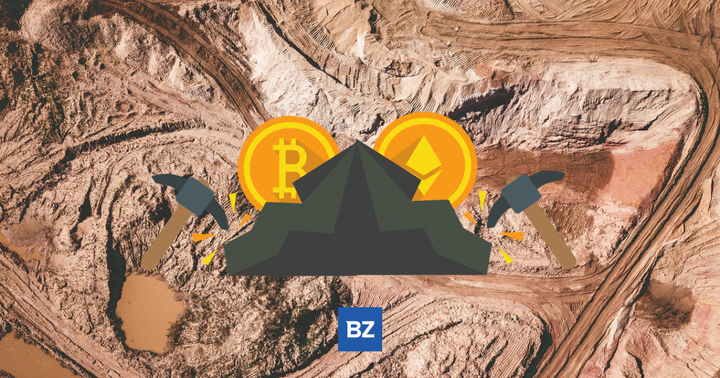 
By Joe Downie of NiceHash

In May 2021, China took its latest step in a long-running campaign to ban cryptocurrencies.

It imposed a full-scale legal ban on crypto mining in 6 regions of the country. The “China Exodus” has effectively forced committed crypto miners (especially those reliant on mining for their income) to relocate and find other regions to focus their mining operations.

Though, this is hardly surprising. China has been banning elements of cryptocurrency from as early as 2013, when it first restricted banks from utilising Bitcoin (BTC). This was followed up by a total ban on all token sales in 2017, with a swift pledge to shut down entire crypto exchanges in 2019.

It’s clear to see, China will not be welcoming crypto mining back any time soon.

But China houses more than 50% of the world’s crypto miners. In fact, Chinese miners make up 75% of the global hashrate for Bitcoin (BTC). This has been the case, typically, because miners in China have benefited from easy access to cheap electricity (thanks to hydropower) and specialist hardware.

However, with the Chinese Government wiping out what it considers to be a real threat to the country’s financial stability, other countries will now have to fill the crypto mining gap.

Which countries will become the new crypto mining hubs?

Crypto mining is complex, several factors such as your technological setup and electrical utility costs in your country will determine your capabilities, never mind growing institutional regulation and acceptance within the region you are in. But, from utilising our recent user statistics, I have analysed which regions will be likely to handle the levels of hashpower China has been hosting.

Below are the Top 10 countries I predict will become the crypto new mining capitals (if not already):

Other countries could include India and Turkey, although they are generally more interested in trading cryptocurrencies rather than mining. Germany is extremely interested in crypto mining but is held back with high energy costs, as is most of Europe.

Kazakhstan and USA Will Lead The Way

Whilst China’s clampdown has led to a BTC mining exodus, the Cambridge Centre for Alternative Finance (CCAF) research team has data that shows China’s share of the global mining market was already falling. The Cambridge Bitcoin Electricity Consumption Index (CBECI) was launched in 2019 to monitor crypto mining’s environmental impact. Data gathered from the index shows that China’s share of the BTC hashrate dropped from 75.5% in September 2019 to 46% in April 2021. This is just before the new restrictions came into play.

The US as a New Crypto Mining Capital

Now let’s look at the US and Kazakhstan in more depth.

Why does the US have so much crypto mining potential? Of course, there is the sheer population and landmass of the US, but the US is also leaping ahead as a new crypto mining hub as it has plenty of mining operations that are finding ways to mine using renewables.

For example, Standard Power will mine bitcoin from an Ohio-based nuclear power plant. By setting up the operation in an abandoned paper mill, the BTC mining hosting provider will likely grow the market and help to satisfy regulators in the US too. In fact, the five-year partnership will see the Energy Harbor Corp provide carbon-free energy to the crypto mining operation, with plans to start in December 2021.

This is just one of many examples of the major mining operations that will spring up in North America powered by sources offset by renewable energy credits or directly from renewable energy.

As the current state of play, the US currently accounts for 17% of the total number of Bitcoin miners in the world – a drastic 151% increase from September 2020 (pre-China crackdown).

According to Fred Thiel of Marathon Digital’s, if the half million miner rigs leaving China end up in the US, North America will be responsible for 40% of the world’s hashrate by December 2022.

At NiceHash we are already seeing an increase in US miners, jumping from 17% of our user base last year, to 21% this year.

Was the US always going to leap ahead?

Of course, the search for cheap renewables is attracting miners to the US. However, North America’s increasing dominance in the field isn’t all down to China’s clampdown. The success is due to a combination of both luck (China) and many years of getting ready. Having started to build up its hosting capacity several years ago, the US was potentially gearing up to take its place at the top of the hierarchy.

And China’s loss is the environment’s gain. Miners will inevitably end up in regions such as that of the US that offer the cheapest electricity, which is increasingly renewable sources. All of which will go a long way to reduce cryptocurrency mining’s historically large carbon footprint. This will, of course, move it even further into the mainstream, with curious investors and interested parties more likely to dip a toe into the crypto mining and cryptocurrency trading spaces.

In addition, much of the old equipment that has been used in China will move out of circulation, which will also increase efficiency in mining operations. Many energy-wasting inefficient mining rigs will now be switched off in favour of more sustainable and energy efficient tech such as the Bitmain AntMiner S9.

I see more efficient rigs making up the BTC network from now on, which means around twice the hashpower for the same amount of energy. Because the most important differentiator for a crypto miner is the cost of the energy that they need to do their job, it’s inevitable that a large number will end up in the US.

Investors in North America will be keen to keep an eye on the carbon footprint and energy usage of the new miners migrating from China. They will know that they are expected to conform to regulatory standards and investor demands, and most will be prepared to do so.

Some of the larger US mining operations will be considering whether to go public and will be actively looking for crypto mining investors to help them scale up. They already know that public markets in the US will only be interested in proof for work mining powered by renewables rather than fossil fuels and will ensure that their outfit adapts accordingly.

Is Kazakhstan a Blip in the Migration to the West?

This is all very positive for a cleaner, greener, and more acceptable crypto mining market that will attract all kinds of new investors. However, the switch to green energy for crypto miners (like those developments poised in the US) isn’t a clean sweep yet.

Kazakhstan is proving extremely popular in terms of its global share of bitcoin mining. Currently, it accounts for 8%, thanks to its ready supply of cheap energy. Only this time, the energy is from coal. It may be inexpensive and accessible, but it’s also responsible for vast carbon dioxide emissions.

However, according to an analysis by CNBC, several crypto mining experts have said that they believe Kazakhstan is a halfway house. As it’s so close to China, it’s feasible that crypto miners will only stay temporarily before heading west. Many miners in Kazakhstan are using older tech, which is likely to be nearing the end of its life.

When that happens, these crypto mining firms will upgrade to newer and much more efficient and sustainable sources of hash power. Also it is worth noting that a new law in Kazakhstan comes into effect on 1 January 2022, which will levy extra taxes on cryptocurrency miners. The law will charge one tenth per 1kw-hour of electricity used during the crypto mining process.

This could well trigger a further migration away from Kazakhstan and towards North America.

Like the US and China, given the sheer population and land mass of the world’s largest country, Russia will hold a significant yield of the global hashpower for bitcoin, but also many altcoins are popular to mine here such as Ergo. We’re already seeing gigantic bitcoin mines in Russia’s Siberia region (especially Bratsk).

You see, Russia is exceptionally positioned to serve crypto miners due the country’s excess of cheap electricity, huge water masses that can be converted into renewable energy, a cold climate that reduces demand for cooling systems and of course its centralized energy system.

Russia has dominated the mining industry alongside China for quite some time, with Russian users making up about 20% of NiceHash users.

Southeast Asia (SEA) is a booming hub for fintech developments and crypto mining. In terms of crypto mining, miners will be drawn to countries like Malaysia in SEA because there are low costs of electricity, cheaper rental for property spaces, and a generally looser regulatory environment.

Despite the crazy story of Malaysian police crushing 1,069 crypto mining rigs with a steamroller due to miners allegedly stealing US$2 million worth of electricity, Malaysia is a hotbed for crypto mining.

Concerns over the environmental costs of crypto mining have seemingly been met in Scandinavia. Norway and Iceland are really at the forefront of ‘green-bitcoin mining’.

Staggeringly, despite how small in population the country is, Iceland as a trailblazer with 8% of all bitcoins being said must have been mined there where hydroelectric and geothermal energy sources account for almost all Iceland’s electricity.

As for the remaining countries in the Top Ten, as much as I’d love to give an uber detailed analysis per each region, we can already see a strong amount of hashpower in these countries:

As we can see, the mining world can change rapidly, based on the multiple factors at play, but mining is here to stay and will adapt to future challenges.

The environmental impact is likely to be vastly reduced over the next few years, which will in turn encourage more investment into the industry. I think we are likely to see an increase in mining of other coins besides bitcoin, as many alt coins can be mined on a home computer, with much less hassle and at the same time contribute to the decentralization and security of their respective blockchains.

NiceHash is a cryptocurrency mining services provider and a vocal advocate for decentralization and the potential of crypto. NiceHash believes in a world of blockchain and decentralization, where everyone has equal access to a new financial standard. NiceHash helps crypto miners to buy and sell hash power and win the hash race.

Cramer says he ‘sold almost all’ of his bitcoin, fearing China has had it with crypto 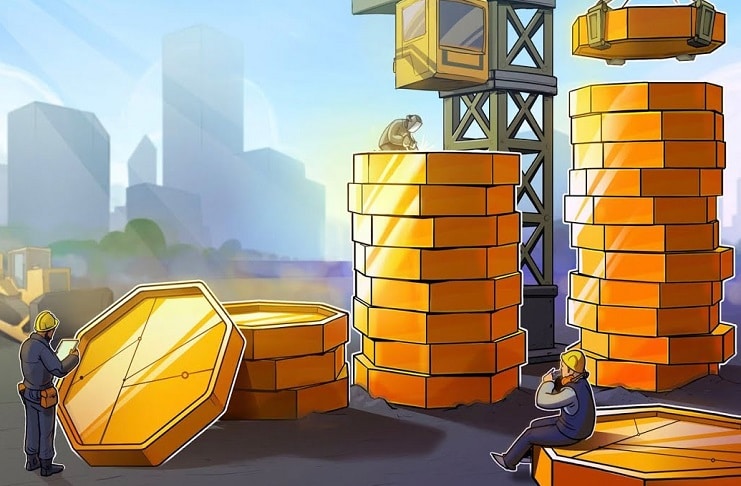