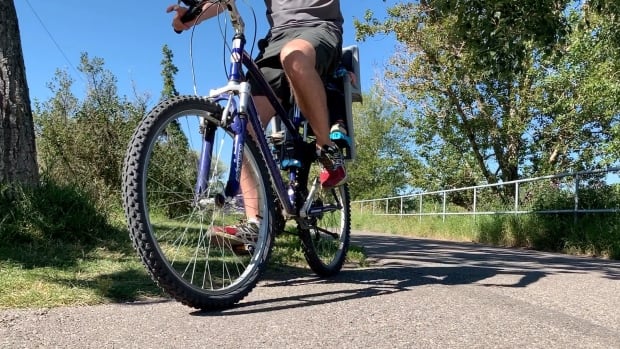 
Albertans hoping to get their hands on a bike or parts during a second COVID summer are likely out of luck — bike shops say shortages are still ongoing.

Cycling surged in popularity at the start of the pandemic, and before long, bike shops had run out of stock.

Months later, it’s still an issue that has customers waiting over a year for their orders, staff at bike shops say.

“Unfortunately, we’re still struggling to kind of capture any available inventory, and I would imagine it’s the same for any bike shop,” Ty Cutforth, the sales manager at Bow Cycle, told the Calgary Eyeopener on Monday.

“I’d say we got another year of waiting and being patient for everything.”

According to Cutforth, the issue is rooted in shortages of both parts and raw materials like aluminum and carbon, as well as shipping delays.

“So if a frame gets built and they can’t find a chain to put on that bike, then that bike’s now delayed,” Cutforth said.

And with demand booming, shipping has lagged — and periodic pandemic shutdowns haven’t helped, according to Tyson Podruzny with Rebound Cycle in Canmore, Alta.

“Basically, the shipping can’t keep up with getting product here, as well as manufacturing overseas cannot keep up with the demand to get back to normal,” Podruzny told CBC News.

“So, what we’ve seen is basically overseas, when a manufacturing plant has to shut down from COVID, that … has a ripple effect of, you know, six to eight months of shortages.”

That has resulted in unprecedented delays in bike shops.

“if I were to place an order for a new bike for you today, you’re looking at about a year to 18 months,” Podruzny said. “So I’ve placed my orders for next year already, I’ve already ordered all my bikes for next year.”

Pre-COVID, a bike shop owner would expect orders to arrive within two to three weeks, Podruzny said, adding that bikes are manufactured with parts from many sources.

“If you take your average, full-suspension mountain bike, every component on there, it takes about 30 to 45 different manufacturing plants to make you one bike,” he said. “Because tires will come from one plant, seats from another, wheels from another, the bearings in the hubs from another, frame from another, and suspension components — so that’s why there’s the huge ripple effect after COVID.

Podruzny said the delays are affecting all types of bikes, but especially the most common bikes in the $500 to $5,000 price range, and e-bikes are no exception.

“Most of the products we do in our part of the world are definitely made overseas just to kind of keep the prices down and the quantities high,” Cutforth said. “But I mean, if you really wanted, like even high-end custom, American-made titanium or steel bikes, we’re still months and months out.”

Cycling has exploded in popularity during the pandemic and it has created a shortage in supplies — and not just for bikes, but also for their parts. The shortage is expected to last well into summer 2021. 2:10

Cutforth suggested that for those who plan a summer of cycling next year, it may be wise to pre-order now.

“If there’s a specific bike you want … you can also put your pre-order in for 2022,” he said. “Those bikes should be here in the next four to eight months.”

There’s also the second-hand option, with many consumers turning to online sites such as Kijiji and pinkbike for their next set of wheels.

Cutforth said the delays are frustrating for consumers used to getting the things they order within three to five days.

“We’ve definitely had the people that call you out for wrecking their summer, just ’cause you’re some random, you know, retail shop employee who can’t get a product that they ordered months ago.”

Cutforth said most people understand that both shipping and manufacturing are out of any bike shop’s control and most have been patient.

That patience may have to continue.

“We’re forecasting … growth to continue for the next two years here until the bubble pops and the demand and supply equals out,” Cutforth said.

“But, yeah, it’s going to be pretty, pretty wild for at least the next two years here.”

With files from the Calgary Eyeopener. 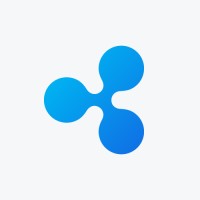 SEC Causing ‘Confusion’ Over Cryptocurrency in Case With Ripple: WSJ