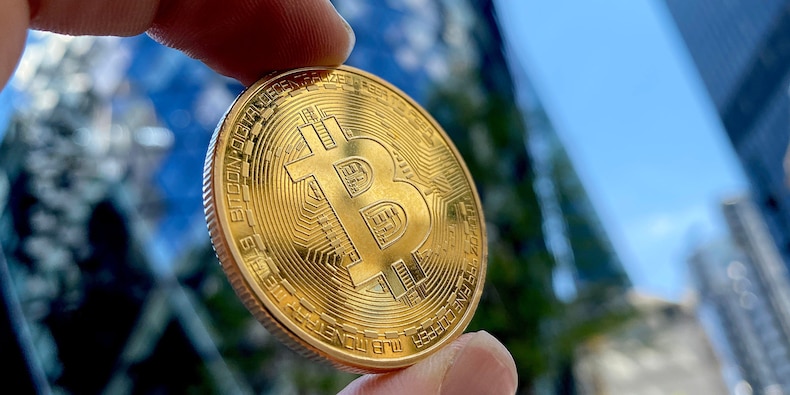 
Shares of Marathon Digital Holdings and other cryptocurrency mining companies climbed Monday as bitcoin reclaimed the $50,000 level for the first time since a selloff in May.

Marathon Digital, which is working to build the largest bitcoin mining operation in North America, rose as much as 10% and Riot Blockchain kicked up 8.7%, with each stock later paring their respective advances to around 3%.

Bitfarms, a Canada-based renewable energy-focused bitcoin miner, picked up 2%, and Hive Blockchain rose 4% during the session. Amplify Transformational Data Sharing ETF, the largest blockchain exchange-traded fund with total assets of $1.15 billion, according to ETF Database, rose 2.9%. Its portfolio includes Marathon Digital Holdings, Riot Blockchain and MicroStrategy, a data analytics company run by Michael Saylor that has big holdings in bitcoin. MicroStrategy was up 0.8% during Monday’s session. Shares of Bit Digital, however, lagged behind rival bitcoin miners by losing 4%.

The mostly higher moves for crypto miners came as bitcoin on Sunday surpassed $50,000 for the first time since May 15.

The move marks “a big psychological victory for the cryptocurrency that will no doubt get people talking about how long it will be until we’re back in record territory. In fact, there’s already murmurings of $100,000 but let’s face it, that’s been the case ever since it almost hit $20,000 years back,” said Craig Erlam, senior market analyst at Oanda Europe, in a note.

“Bullish momentum has been building for weeks now so it’s no surprise to see it break $50,000. It may still see some resistance around $51,000 but even that may prove temporary,” he said.

Bitcoin’s market capitalization was around $936 billion on Monday. It surpassed $1 trillion in April just before US crypto exchange Coinbase began publicly trading. Interest among institutional investors has been credited in strengthening bitcoin’s price during the year.

Shares of Coinbase edged up 0.3% during Monday’s session and PayPal rose by 0.7%.

The world’s most traded cryptocurrency dropped below $50,000 three months ago as investors assessed regulatory threats from China and the US. Bitcoin also came under selling pressure after Tesla said it would suspend bitcoin as payment for its electric vehicles because of environmental concerns related to bitcoin mining which consumes large amounts of electricity.

Bitcoin mining isn’t nearly as bad for the environment as it used to be, new data shows