These cryptocurrencies are showing promising growth.

Cryptocurrencies are boasting all green flags as the crypto market is heading towards a much-awaited bull run. This implies many crypto traders can expect to book profits in the near future. If you don’t want to miss out on the profit spree, invest in the following cryptocurrencies before the prices go higher.

Bitcoin is the leader of the cryptocurrency market and it’s easy to say why. At the point of writing, Bitcoin is trading at US$50,000 and its market cap is the highest in the market. In Q1 of 2021, Bitcoin was struggling as its price plummeted from US$60,000 to US$30,000. The market crash took down altcoins along with it and now the market is on a bullish run. According to experts, Bitcoin will surpass its all-time high of US$60,000 by the end of this year.

Ethereum is not just a cryptocurrency, but it is also a network that allows developers to create their own cryptocurrencies and DeFi apps. Second to Bitcoin in value and market cap, the Ethereum network’s capabilities make this a reliable and profitable cryptocurrency to invest in. At the time of writing, Ethereum is trading at US$3,326.

Binance Coin reached its all-time high price in 2017 and since then it is trading at a stable pace. Powered by Binance exchange, one of the largest cryptocurrencies exchanges in the world, Binance maintains a strong blockchain network that allows traders to buy more cryptocurrencies with Binance coins. As long as there is activity on the Binance exchange, Binance Coin will continue to be a good investment option. The value of Binance Coin at the time of writing is US$440.

Tether is a unique player in the cryptocurrency market as it is a stable coin. Tether’s value is pegged to the US dollar and for each Tether owned, there is US$1 in the Federal Reserve Bank. As a stable coin trades on a fixed value, this makes Tether a low-risk cryptocurrency investment.

Cardano is an underrated cryptocurrency. It has a smaller footprint which makes it appealing to several investors and it takes less energy to complete a transaction, as compared to Bitcoin. Transactions are faster and cheaper with Cardano and its network is flexible and secure. At the time of writing, Cardano is trading at US$2.80.

Polkadot was created by Ethereum leaders in a quest to create a better network. So, instead of having a single lane to complete the transactions, Polkadot has many which make transactions faster. Polkadot rewards its genuine investors. It gives users a say in deciding the network fees, network upgrades, and creating and removing parachains. At the time of writing, Polkadot’s value is US$28.

In a way, Litecoin is Bitcoin’s true rival. It was launched in the same year as Bitcoin and is capable of completing transactions four times faster than Bitcoin. In 2017, Litecoin became the first cryptocurrency to complete a Lightning Network Transaction, in less than a second. At the time of writing, Litecoin’s value is US$188.

Many experienced investors believe in Chainlink as it has an appealing price. It is an affordable cryptocurrency but that doesn’t make it a penny stock. This means there is room for growth. At the time of writing, Chainlink can be bought at US$27.95.

Staller is the PayPal of cryptocurrency networks. It serves as a bridge between banks and blockchain networks and can convert any currency. Transactions are faster and cheaper, making it a profitable platform. At the time of writing, Stellar is trading at US$0.379. 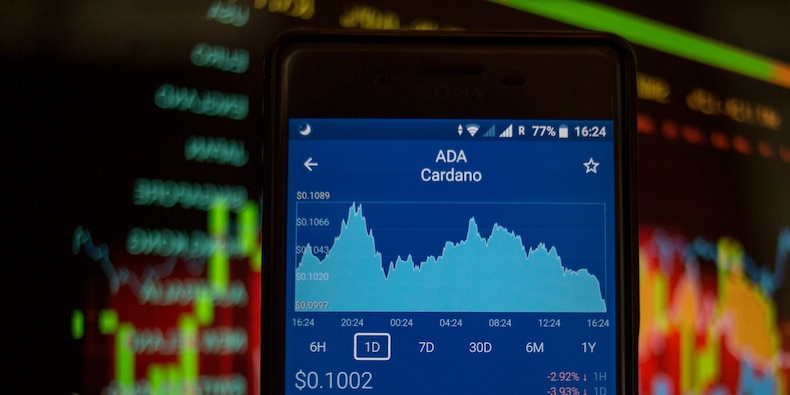 Polkadot’s Bumpy Road to the Stars By DailyCoin

U.S. Becomes the Largest Crypto Mining Hub After Miner’s Exodus from China The price of climbed above the USD 60,000

MiamiCoin Brings in $8M in Past Two Months