Wednesday is turning out to be a pretty great day for cryptocurrencies in general, but few were doing quite as well as Ripple (CRYPTO:XRP), which was up an impressive 10.7% approaching noon today.

Ripple’s XRP cryptocurrency was moving higher after the cryptocurrency’s developer announced at 2 a.m. EDT today it has just launched a live On-Demand Liquidity (ODL) service to facilitate XRP transfers through the so-called Filipino Remittance Corridor between Japan and the Philippines. 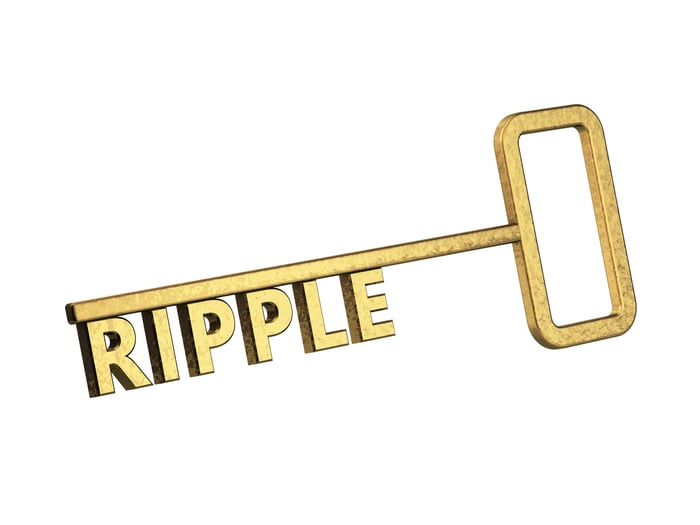 Ripple said it is collaborating with Japan’s largest money transfer provider, SBI Remit, and one of the Philippines’ leading mobile wallet services, Coins.ph, to enable faster and more-affordable cross-border payments from Japan to the Philippines.

As Ripple explains, Filipino workers in Japan send about $1.8 billion a year in transfer payments back to the Philippines, and now more of that money than ever before can be sent in the form of XRP.

Ripple says that the new service will be popular not just for the direction of the funds flowing through it, but because making transfers in the form of XRP will avoid Japan’s cross-border payment fees, which are among the highest in the world.

Given that transfers from Japan to the Philippines tend to be “low-value, high-frequency remittances,” Ripple says, avoiding those payment fees is key to making sure as much money as possible reaches its intended recipients — rather than getting siphoned off by intermediaries.

And Ripple expects the service to expand beyond the Filipino Remittance Corridor into other markets in the Asia-Pacific region, which it says is “exploding with growth.”

“ODL in Japan is just the start, and we look forward to [providing] real-time payments … to other parts of the region as well,” Ripple said.