Yes, you can mine cryptocurrency with your PlayStation 4 console, a few super powerful processors, and a lot of electricity.

This article was translated from our Spanish edition using AI technologies. Errors may exist due to this process.

Ukrainian authorities revealed the discovery of a huge farm dedicated to cryptocurrency mining . More than 5,000 computers were found at the site, including 3,800 Sony PlayStation 4 consoles , running on large amounts of stolen electricity .

Through a statement , the Security Service of Ukraine detailed that the biggest problem was not mining, but energy theft. Behind the farm was a large-scale macro electricity theft operation to power the devices that mined Bitcoin and other cryptocurrencies .

The facility had tampered electricity meters that did not record actual energy consumption. This helped the owners avoid payments of $ 186,200 to $ 259,300 per month . What’s more, They claim that the activity was so demanding that it could have caused power consumption spikes that left other people without power. 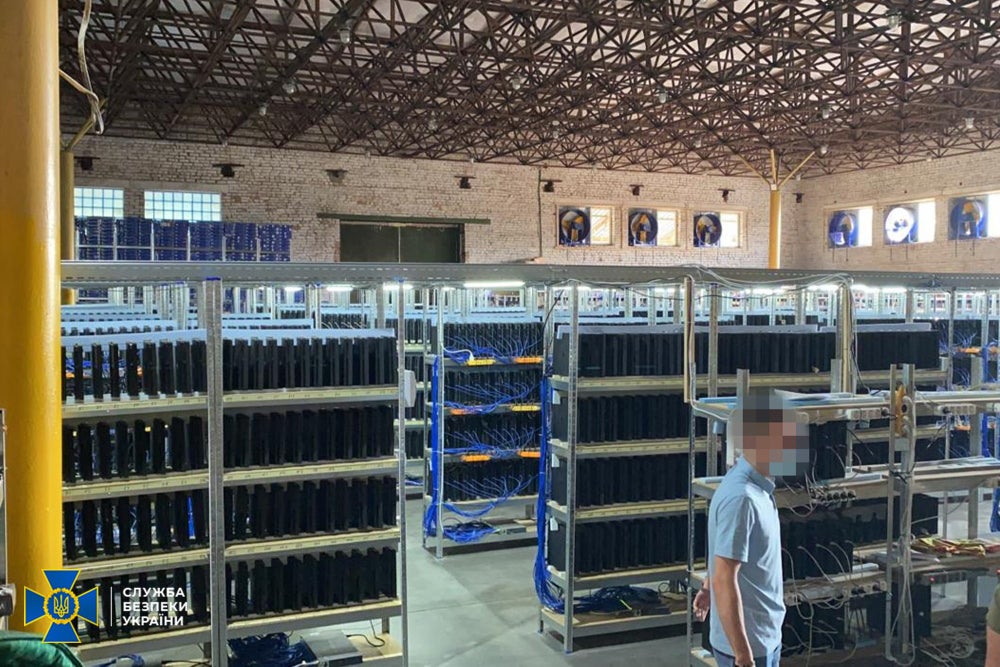 This is the Bitcoin mining farm they found in Ukraine; it operated with some 3,800 PlayStation 4 consoles and stolen electricity. Image via Security Service of Ukraine .

In addition to the 3,800 PlayStation 4 consoles, more than 500 graphics cards, 50 processors, phones, laptops and documents on electricity consumption were secured at the site.

This occurs just as the consequences of high energy consumption in cryptocurrency mining are being debated. Just last May, Elon Musk announced that Tesla would stop accepting Bitcoin until it came from clean energy .

A few weeks ago, China , which concentrates more cryptocurrency mines than any country in the world, tightened the rules for energy consumption on farms, prompting many ‘miners’ to leave the country and settle elsewhere.