XRP price is up by over 30% since its swing low on July 20, as Ripple is seeking to reverse the period of underperformance. The cross-border remittance token sliced through a significant declining trend line, leading to a 14% bounce.

XRP price recovery could be short-lived

XRP price has printed a descending parallel channel on the daily chart that emerged on June 29, constraining Ripple in a downward trend.

The topside trend line of the parallel channel acted as stiff resistance for XRP price, which forced Ripple to be trapped under this level for nearly a month.

Although the prevailing chart pattern suggests a bearish bias, the asset reached a turning point on July 23 when the daily candle closed above the upper boundary of the price range.

Based on the governing technical pattern, an upside target could be measured for XRP price. By drawing a parallel channel above, a measured move of 15% was expected from Ripple, tagging the topside trend line of the new channel.

XRP price has already reached the target given by the chart pattern, reaching a rally high of $0.67 today.

Should buying pressure continue to increase for Ripple, XRP price is expected to reach the 50-day Simple Moving Average (SMA) at $0.69. Bigger aspirations will target the 200-day SMA corresponding to the 61.8% Fibonacci extension level at $0.76. 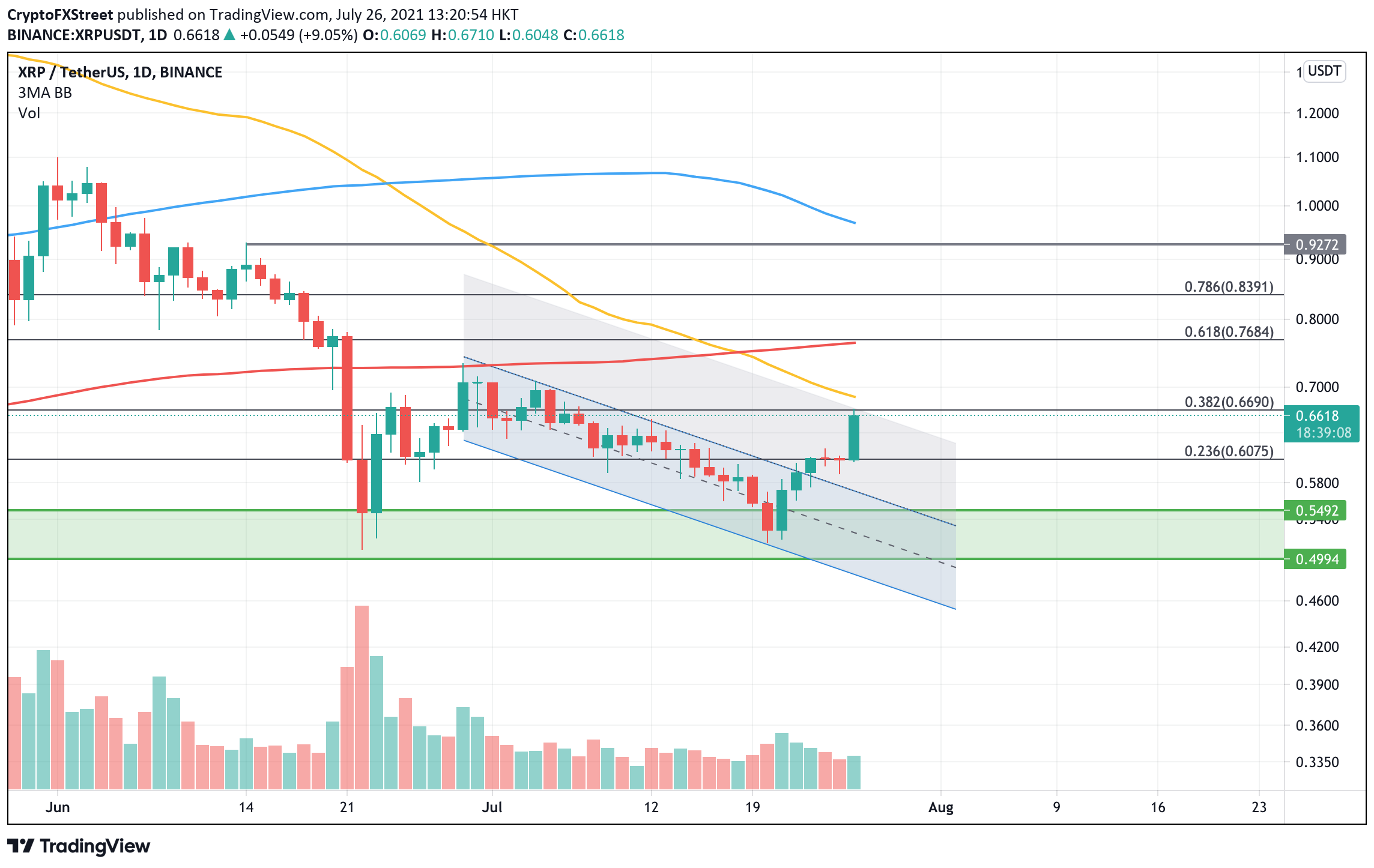 Moving forward, XRP price may face a series of obstacles despite the recent bullish momentum. Ripple could ruin the optimistic outlook if it fails to close above the upper trend line of the parallel channel at $0.67, coinciding with the 38.2% Fibonacci extension level.

The recent rebound has channeled minimal interest as daily volume has not shown a substantial increase. Therefore, XRP price could likely retest critical areas of support, including the upper aforementioned declining trend line that previously acted as resistance.

Should buyers continue to struggle to lift prices higher against the sellers, XRP price could see a retest at the demand barrier that extends from $0.50 to $0.55 before Ripple attempts another rally.