Photo shows the abandoned wooden hut in an oil palm plantation at Jalan Padang Kerbau, where a cryptocurrency mining operation was discovered during the joint raid last Friday.

MIRI (June 28): A joint surveillance operation last Friday, run in connection with an electricity supply theft case, led to the discovery of a cryptocurrency mining centre at an abandoned wooden hut in an oil palm plantation at Jalan Padang Kerbau here. 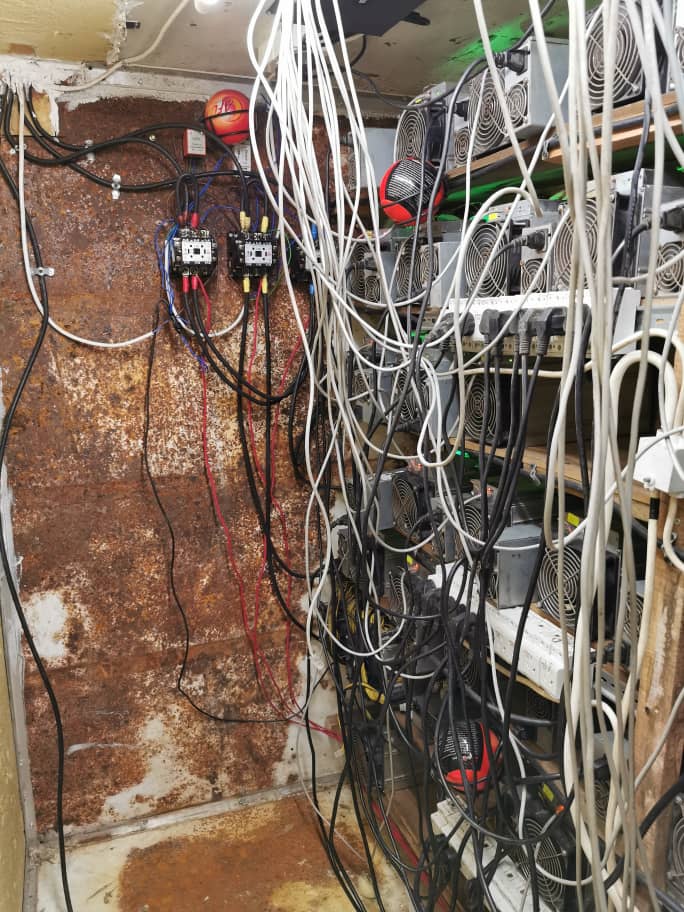 SEB says there are 44 cryptocurrency mining servers found inside the abandoned hut.

In a statement, SEB said the electricity supply had been connected directly to the wooden hut without passing through any meter.

SEB’s technical team and police conduct inspection inside the hut.

“This was discovered during an inspection conducted by SEB’s technical team.

“Together with Miri police, we inspected the hut and found crypto-mining servers, a modem and non-standard wiring system, which was connected directly to the nearby transformer.

“The wooden hut was also an unstable structure, in danger of collapsing at any time.

“Strong winds, coupled with unsafe wiring, could pose the risk of electrocution.

“All the items were dismantled and seized as evidence, and a police report was later lodged.

“The police are also looking for the landowner to assist in the investigation,” said SEB, adding that it would continue to widen its search in tracking down cryptocurrency operations suspected of committing electricity theft. 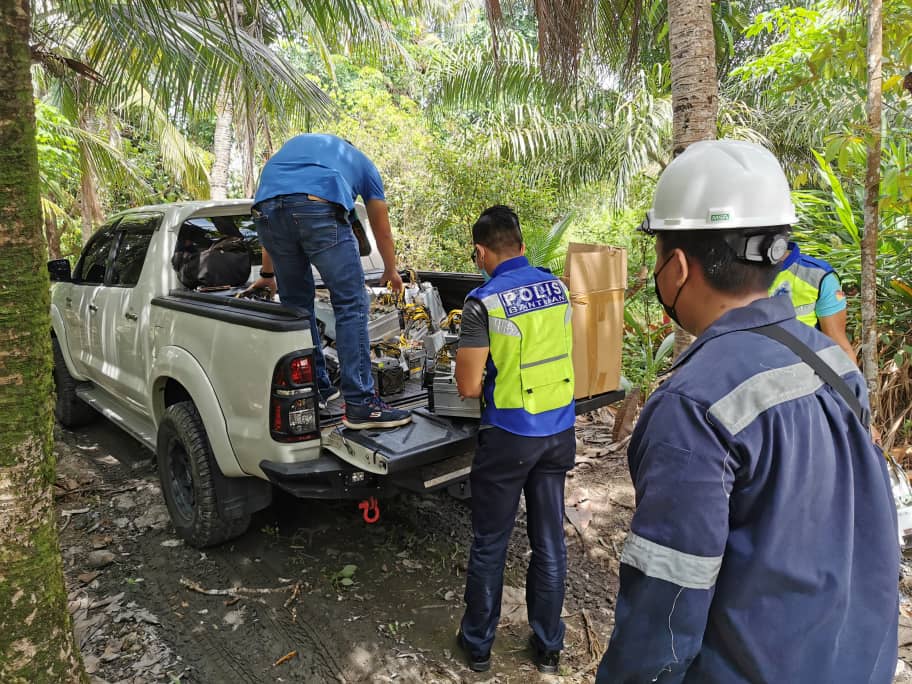 The enforcement team load the dismantled items onto a truck.

Based on recent cases, such power-theft activities are closely related to cryptocurrency mining activities, with the current modus operandi involving the usage of abandoned properties to avoid detection by the authorities.

SEB reminded all its customers to never compromise on electrical safety, highlighting the danger of stealing electricity.

“Non-standard wiring and illegal connections also pose danger to the public as those in the vicinity of where power-theft activities are being committed, could fall victim to fires and electrocution.

“Illegal tapping of electricity supply directly from the overhead lines, for the purpose of free power usage, can jeopardise public safety.

“Tampered wiring can lead to electrocution of unsuspecting members of the public, who are unaware of the existence of electricity cables within their vicinity,” said SEB. 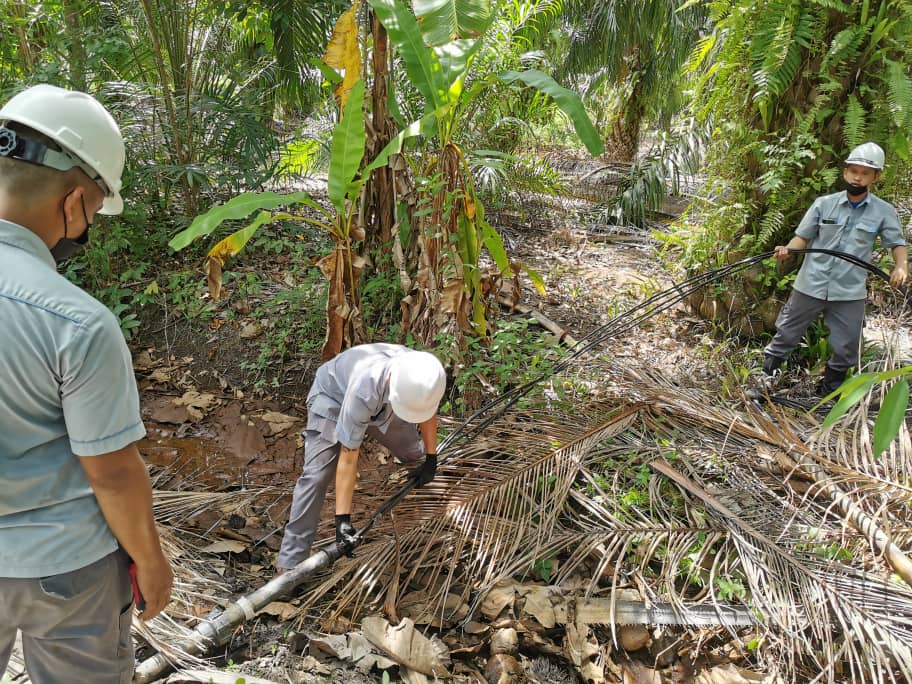 Unregistered electricity consumption is a criminal offence under Section 33(5) of Electricity Ordinance, and provides for a penalty of up to RM100,000 and/or five-years imprisonment upon conviction.

“Any illegal connection involving direct-tapping to the mains can cause instability in power supply and unnecessary power outage.

“In addition, customers must not trust any service provider claiming to be able to reduce electricity bills or allow premises owners enjoy limitless electricity supply through meter-tampering. Our inspection teams are trained to detect tampered meters, including fake meter covers, as part of SEB’s continuing efforts to curb power theft.

“We appreciate the support from members of the public, and encourage reporting of cryptocurrency mining activities at abandoned premises to SEB Customer Care Centre by calling 1-300-88-3111, or emailing to [email protected]

“All information received would be kept strictly confidential,” assured SEB.