El Salvador announced plans on accepting cryptocurrency as legal tender and calls for the use of geothermal energy for bitcoin mining in the country.

News outlets around the world are going a bit wild on recent stories that El Salvador wants to “power crypto-mining with 100% cheap, renewable ‘Volcano’ energy”.  Before jumping on that wagon, we wanted to wait a little to see how the story plays out.

The story of crypto-currency, such as bitcoin has been in the news for quite some time and from being able to buy electric cards with bitcoins (or not anymore).

So what does this have to do with El Salvador? Well this week, the country’s legislators voted in favour of a piece of legislation proposed by the country’s President Nayib Bukele that essentially recognizes the cryptocurrency as an official currency to complement the U.S. Dollar it currently uses.

Naturally this creates some stir as there are many governments in the world trying to find a way to limit or outright ban the use of bitcoin or other cryptocurrencies. What the legislation in El Salvador now stipulates is that merchants will have to accept cryptocurrency as payments. This also extends so tax payments etc. At the same time transactions or investments involving bitcoin will not be subject to a capital gains tax. To read more about the exact details, check out this article.

So what does this have to do with “volcano power” or actually geothermal energy? Well, “mining” of cryptocurrency requires a lot of electricity and most of that electricity today is still produced by fossil fuels, and this is of course counterproductive to the climate efforts being made around the world. With these concerns on the environment, Tesla actually suspended vehicle purchases using bitcoin.  “We are concerned about rapidly increasing use of fossil fuels for Bitcoin mining and transactions, especially coal, which has the worst emissions of any fuel,” Elon Musk, CEO of Tesla wrote in a statement.

So if bitcoins could be mined with renewable energy the picture might look a little bit different and this is exactly what El Salvador is proposing now. Currently, the country derives around 64% of its electricity from renewable energy, namely hydropower, solar and geothermal. The geothermal power generation capacity in El Salvador today lies at 204 MW with around 110 MW of potential additional geothermal power generation capacity either planned or under development. The operation and development of the geothermal resources of the country lie with the state-owned company LaGeo. (We will share a country overview on El Salvador shortly on our research pages)

On his twitter account, President Bukele actually points to geothermal as the source for El Salvador mining its own cryptocurrency, stating that he has instructed LaGeo to offer “facilities for bitcoin mining with very cheap, 100% clean, 100% renewable, 0 emissions energy from our volcanos”.

Our engineers just informed me that they dug a new well, that will provide approximately 95MW of 100% clean, 0 emissions geothermal energy from our volcanos ?

Starting to design a full #Bitcoin mining hub around it.

What you see coming out of the well is pure water vapor ?? pic.twitter.com/SVph4BEW1L

How much El Salvador and LaGeo will be able to add in geothermal energy powered bitcoin mining will have to be seen.

Is this something new? Well not quite, Iceland has also been a popular destination for cryptomining operations seeking cheap and particularly sustainable sources of electricity. An article in Deutsche Welle describes that at some point about 8% of all bitcoins had been mined in Iceland, according to the Icelandic Blockchain Foundation. Utilising geothermal and hydropower, these activities utilise renewable and sustainable energy sources. The first bitcoin mining started in 2013.  The current share of the share of Iceland’s cryptocurrency mining operations has fallen to around 2% or 1%.

So the question is where this will move. The challenge clearly is if countries see this purely as a way to sell electricity in the country at whatever rate they can get, then the competition is hard as the price pressure from e.g. aluminium smelters show. But in the context of a country mining cryptocurrency that can be used as legal tender within the country should create a different scenario. So clearly exciting and we will follow. 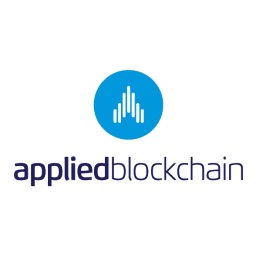 Mining Is Not Banned in Ukraine and Does Not Require Licensing, Key Crypto Advisor Says – Mining Bitcoin News