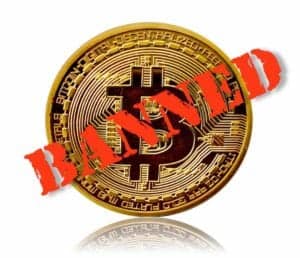 Zack Voell, a cryptocurrency mining specialist, writes in a blog post published by Compass that Iran has banned Bitcoin mining for four months in the country’s most recent “legal pivot” away from the “begrudged but enduring segment of miners” operating in the country.

Voell points out that Iran has “flip flopped” on crypto mining for several years. As the country continues to put the blame of power grid failures on BTC mining, the Iranian government is “once again working to limit the growth of mining,” Voell adds.

He also clarifies that blackouts are not anything new in the country and (unsurprisingly) neither is “negative sentiment from bureaucrats towards miners.” However, in a nation with an aging and “heavily” subsidized electricity grid known for being “poorly managed” and “unmaintained,” Bitcoin mining appears to be a “convenient scapegoat than a root cause for Iran’s blackouts,” Voell claims.

He also noted that before the 4-month mining ban, the country’s “wide-ranging positions on cryptocurrencies and mining have included developing its own token, banning mining, banning bitcoins mined outside Iran, licensing miners, seizing unlicensed mining machines, and more.”

The Compass team has also shared a summary of crypto-related activity in Iran:

Iranian miners “represented 3.82% of Bitcoin’s total hashrate as of April 2020, up from 1.77% six months earlier,” the Compass team noted while adding that a representative from Iran’s electrical industry estimated more than 148,000 ASICs had been operational in the country “as of April 2020, according to local news reports.”

As noted by the Compass team:

“The legal status of bitcoin mining in Iran after four months (September 2021) is unknown. That Iran will manage to completely repair its energy grid within that timeframe seems impossible. But a much more heavily regulated mining regime is likely. And over the next few months, Iranian authorities will probably escalate their efforts to eradicate unlicensed miners and keep a might tighter grip on the industry’s growth and operations.”