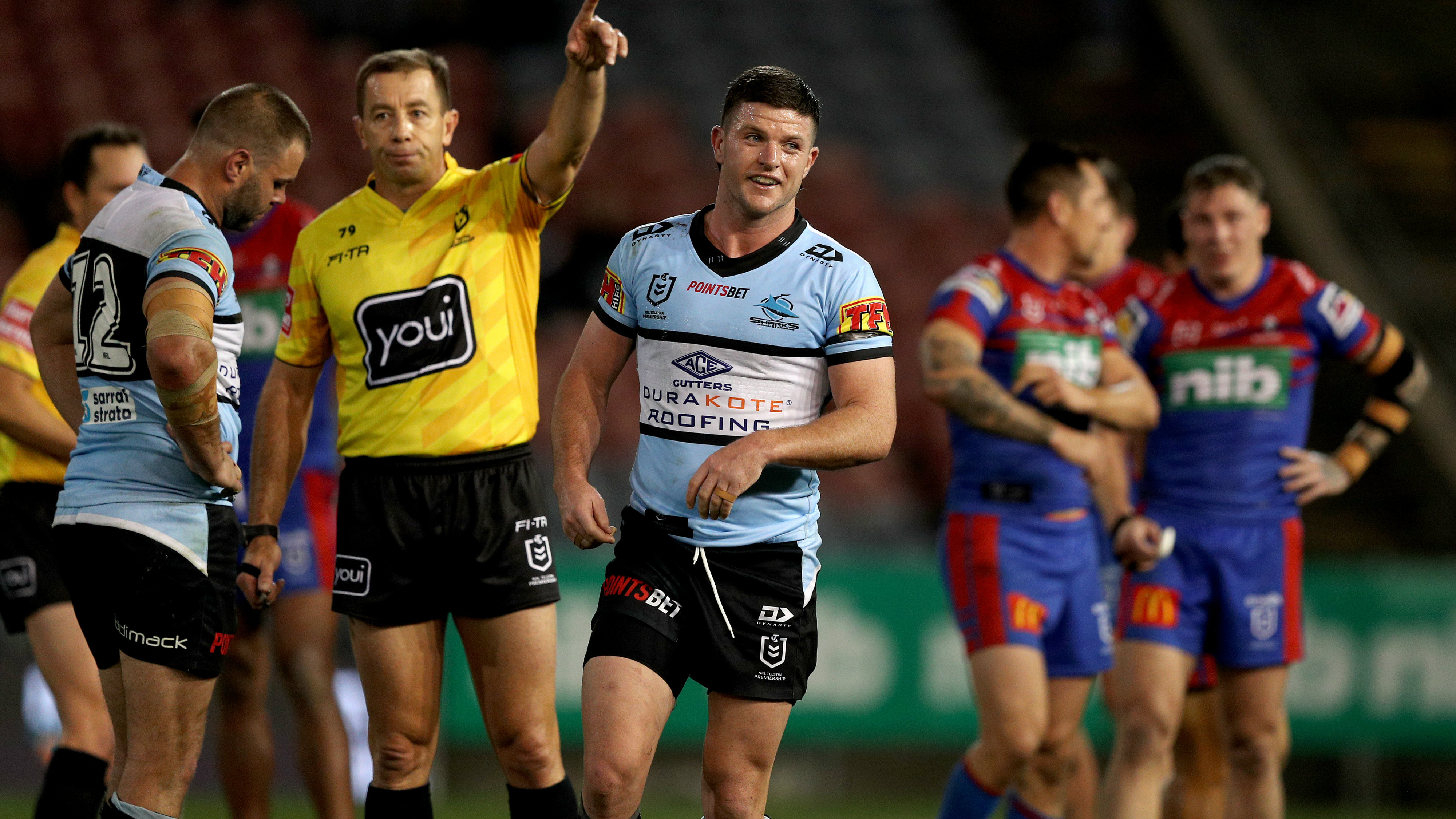 Are we beginning to see the ripple effects of Cronulla’s unceremonious dumping of John Morris?

Sharks halfback Chad Townsend’s rumoured switch to the Cowboys comes less than a week after Cronulla announced it had decided to immediately part ways with Morris amidst the appointment of Craig Fitzgibbon as head coach for next season.

Townsend has a player option for 2022 in his favour but has reportedly verbally agreed to a $2 million three-year offer to join Todd Payten’s side.

The premiership-winning halfback is one of 14 players at the Sharks coming off-contract at the end of this season, in a list that also includes star playmakers Shaun Johnson and Matt Moylan.

As arguably the most highly-rated young coach in the game without a senior job, Fitzgibbon’s arrival next season is tipped to be a key turning point in seeing the Sharks return to the NRL’s top tier in coming years.

However, it also has the potential to create significant unrest amongst the players, a number of which were outspoken in their support for Morris staying in the job beyond this year.

Just days before his axing was confirmed, Johnson gave his backing to Morris while taking aim at the Sharks’ handling of the coach’s contract.

It followed similar support from off-contract prop Aaron Woods, who suggested Cronulla’s management lack of transparency around the coaching position would hinder the club’s ability to sign and retain players.

Townsend is the first of the off-contract Sharks players rumoured to be exploring a move away from the Shire.

But speaking on Big Sports Breakfast, Nine’s Danny Weidler suggested it may not be the last in the wake of Morris’ ugly sacking.

“Chad has been very much a supporter of John Morris. Whether this now relates to what’s going to go on in the next stage of his career I’m not sure,” Weidler declared.

“It feels like those who have supported John Morris may not have such a comfortable position at the club going forward.

“It was such a poorly handled messy, amateurish sacking and I think it has the potential in some element to cause ongoing concerns for the players at the club.

“Shaun Johnson stood up and supported John Morris strongly and also at a private meeting where he made it quite clear to the club’s management that the way this was handled was very poor.

“I think there’s going to be more than a ripple effect at Cronulla, I think it’s more significant than the movement of players like Chad… the effects of the very messy Morris sacking is going to have ongoing effects.

“I really think it should have ongoing effects higher up as well because it was so poorly handled by Sharks management.”

It’s understood Fitzgibbon has called an emergency meeting with Townsend on Tuesday to address rumours of the halfback’s impending shift to Townsville.

While the incoming Sharks boss may attempt to convince Townsend to stay, The Australian’s Brent Read reports Townsend will inform teammates of his decision this week.

Told the delay in Townsend announcement is because Sharks have day off and he wants to inform teammates. As for a Tom Dearden, told the Cowboys are increasingly confident they will get their man.

With a lucrative player option in his favour for next year at the Sharks, the fact Townsend is exploring opportunities at other clubs is perhaps indicative of how the players feel about the handling of Morris’ mid-season departure.